Originally set to debut this month, Black Widow was pushed back to kick off Phase 4 of the Marvel Cinematic Universe later this year . Even if Natasha Romanoff met her demise during Avengers: Endgame , Scarlett Johansson is set to return in her first solo film to fill in the gaps in-between movies for the billion-dollar franchise. Moreover, the trailers of Black Widow have shown the audience that the film will center on the concept of family as a huge chunk is used to focus on Romanoff's family members Melena Vostokoff, Red Guardian, and Yelena Bolova.

Due to the long wait that fans had to endure courtesy of the current pandemic, many have speculated about the events that will transpire in the film. There has been no shortage of theories that include the likes of the identity of Taskmaster to how the film will bridge the gap to Avengers: Infinity War . Now, it appears that a new leak from Reddit may have shown one possible outcome of the film's ending.

In a post from the Marvel Studios Spoilers subreddit , a fan shared an image of what appears to be a Natasha Romanoff Black Widow Funko Pop, armed with a grappling hook and wearing Yelena Bolova's vest. You can check out the image below. 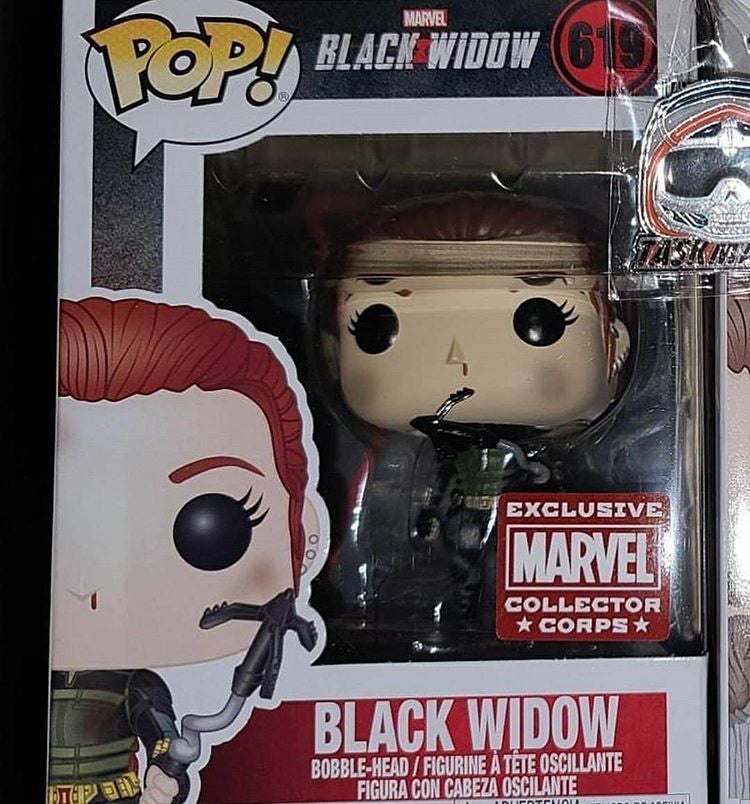 The user theorized that Romanoff is doing this as a tribute to Yelena since the latter is presumed to bite the bullet by the film's end.

It is important to note that, if this merchandise is official, it doesn't exactly prove that a certain plot point will occur in the film. More so, it is common knowledge among fans that Romanoff can be seen wearing Yelena's vest in Avengers: Infinity War, but the reason behind it is another question altogether.

Marvel Studios is no stranger to killing off a major character in their first MCU outing, seeing as Quicksilver had met his demise during Avengers: Age of Ultron . However, given the recent comments from Florence Pugh about playing the character , Yelena dying at the end of the film seems to be unlikely. Spies have the tendency to stay "off the grid" if they need to protect themselves from harm and this could be one possible outcome for Yelena at the end of the film.

As for the theory of Romanoff wearing Yelena's vest and dying her hair as a tribute, it would be more appropriate to think that Romanoff is only doing this to serve as a disguise in order to protect the latter from harm. This would mean that Yelena is also on the run at the film's end much like to Romanoff and the rest of the Secret Avengers due to the ongoing Sokovia Accords. Whatever the case, this seemingly real leaked Funko Pop from Black Widow raises more questions than answers.