After director Rian Johnson took the world by storm with his Agatha Christie-inspired murder-mystery Knives Out in 2019, Netflix was quick to acquire the next two sequels, as it seeks to grow its arsenal of original movies and series.

Well, one pandemic later, Johnson is back with Glass Onion, but much to the dismay of many, the deal with Netflix has meant that, unlike the first installment, the theatrical run of the Benoit Blanc mystery was limited to just one week.

During this limited time in November, the Knives Out sequel was able to accrue an impressive $15 million gross against a $40 million budget ahead of its streaming release over the 2022 holiday season.

With the festive weekend having come and gone, the latest outing for Daniel Craig's genius detective has clearly been popular with Netflix-using households, as shown by the first batch of viewership data. 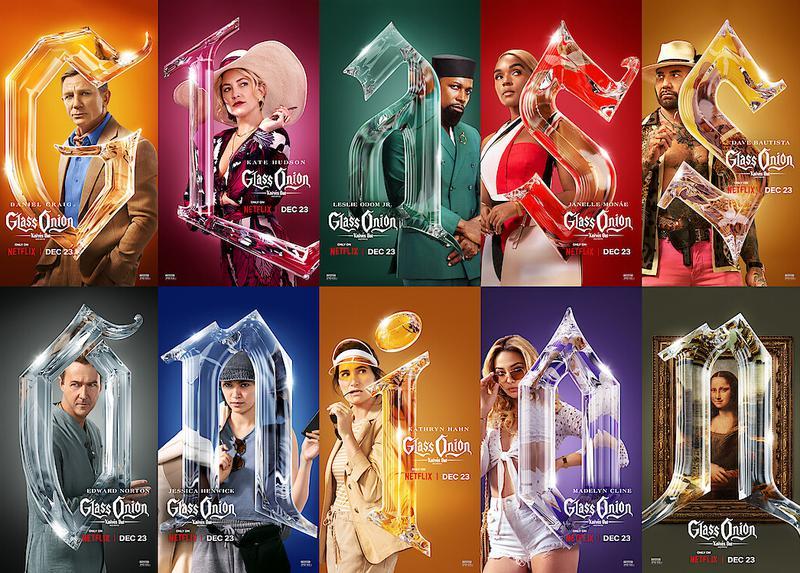 Samba TV released the opening viewing data for the Netflix release of Glass Onion: A Knives Out Mystery, and the figures stack up well compared to Marvel Studios' movie premieres on Disney+.

Rian Johnson's Knives Out sequel was watched by a whopping four million U.S. households over its holiday opening weekend (first five days) on the streaming giant. This almost doubles the MCU's highest 5-day U.S. Disney+ opener of 2.1 million, which came from Doctor Strange in the Multiverse of Madness.

This also significantly exceeds the comparable openings of Eternals' 2 million, Shang-Chi's 1.7 million, and Black Widow's 1.1 million - although that data is less comparable as the Scarlet Johansson flick had already spent several months available at home with the $29.99 Disney+ Premier Access price tag attached.

Some other five-day opening statistics from various streaming services - as reported by Samba TV - can be seen below:

Netflix's Glass Onion may have greatly outperformed all of the MCU's Disney+ movie releases, but that shouldn't come as a huge surprise. Most of Marvel Studios' outings all enjoyed a lucrative full theatrical run, whereas the Knives Out sequel only spent a week in theaters before coming to Netflix a month later.

Granted, Black Widow may not have gone to theaters due to its pandemic release, but it did spend months in Disney+'s Premier Access program before its wide streaming release - during which time it was not only purchased by many but was also likely heavily pirated.

What's much more noteworthy here is how Glass Onion stacks up against other streaming originals and major releases. This truly proves that Rian Johnson's murder-mystery franchise can play in the big leagues and compete with action giants such as Red Notice - which has a sequel on the way.

After pouring $450 million into a deal to acquire the first two Benoit Blanc sequels, Netflix will undoubtedly be elated to see Glass Onion performing so well. This ought to create great confidence for the streamer going into Knives Out 3 amid an exciting update from Johnson.