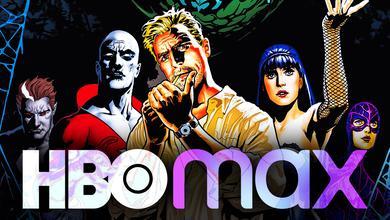 Warner Bros is going hard into development for numerous new DC projects coming to the big screen, while simultaneously working to expand its catalog of upcoming HBO Max series. While Peacemaker is a logical spinoff from James Gunn's The Suicide Squad, the studio is also working to introduce heroes never seen before to the franchise as well.

A common trend for some of these new projects is that they include characters from the famed Justice League Dark, a team of supernatural DC Comics members that handle situations outside the scope of the core Justice League. This is confirmed by entries like the Zatanna movie in development and tentative plans to introduce the popular Constantine in the future.

In that same vein, plans have just been revealed for quite the unexpected project spawning from this group.

A NEW DC PROJECT IN DEVELOPMENT

Variety revealed that HBO Max is teaming up with the J.J. Abrams-led Bad Robot to develop a new DC series centered around Madame Xanadu.

In the comics, Madame Xanadu is affiliated with a number of supernatural teams, most notably the Justice League Dark.

WHO IS MADAME XANADU?

Warner Bros. is certainly taking a risk with this kind of project, especially considering that Madame Xanadu isn't exactly a name at the forefront of most fans' minds. What should help, at least, is that she's one of the founding members of the original Justice League Dark team from the 2011 run.

Madame Xanadu's character, who is sometimes referred to as Madame X for short, has evolved as a character throughout her first appearance in 1978's "Doorway to Nightmare #1."

Xanadu transforms into a powerful sorceress with a supernatural sensitivity to occult activities and mystic phenomena, brandishing plenty of powers expected from someone of her background. She uses tarot cards to tell peoples' future, and she can levitate, teleport, and deal with demons in the DC universe.

She's also portrayed as an immortal being, which should come in quite handily through whatever trouble she may face in her solo series.

With Madame Xanadu now officially coming into development, it will be interesting to see what progress DC and Warner Bros. make on bringing other Justice League Dark characters into play before the whole team inevitably forms. Seeing this alongside the franchise's team of heroes in the Justice League, whose future is still murky, should be quite an interesting story in the coming years.