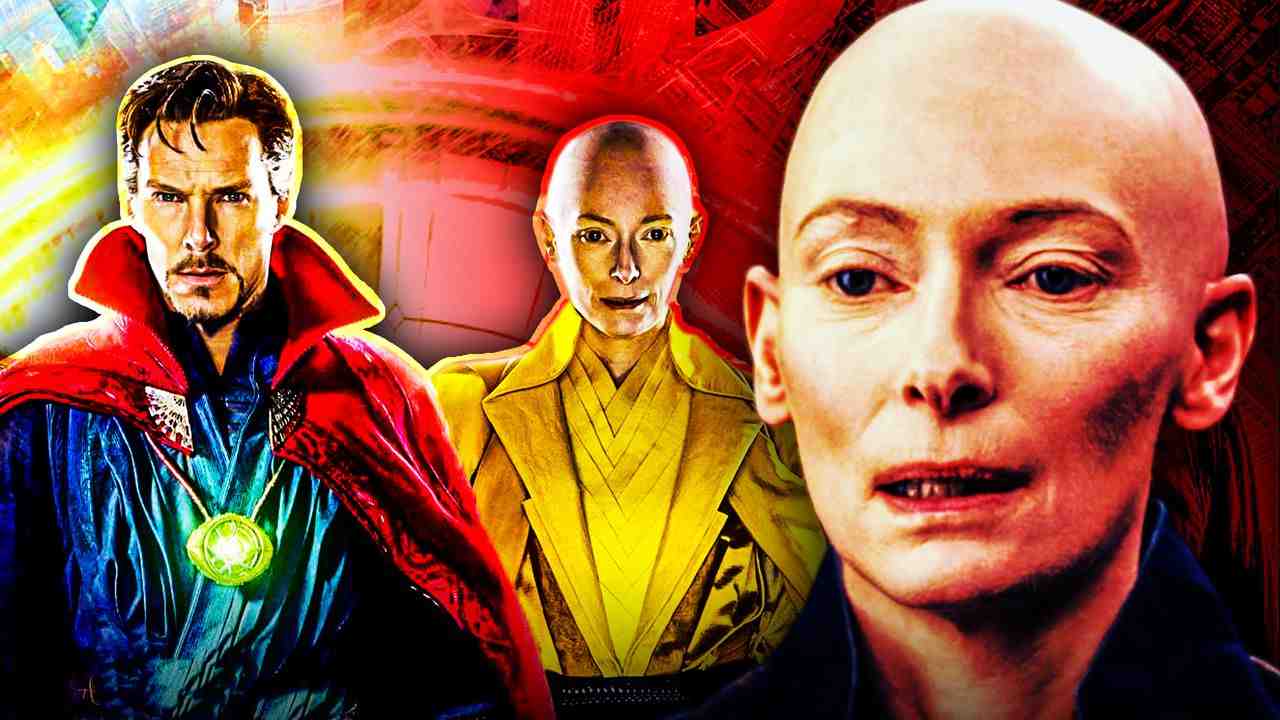 One of the more surprising appearances in Avengers: Endgame belongs to Tilda Swinton's The Ancient One: Doctor Strange's mentor and one of the most powerful sorcerers to exist. The last time audiences had seen her, she died in 2016's Doctor Strange.

Thankfully, death doesn't always mean the end in the world of the Marvel Cinematic Universe. Thanks to all the time-travel shenanigans, audiences got some brand-new sequences between her and Bruce Banner as they calmly discussed the fate of the world.

Tilda Swinton is now forever associated with the character whenever it comes up. However, the character of the Ancient One in the comics is not white—and it's something that drew lots of ire from audiences around the world.

In an interview with Variety , Tilda Swinton reflected on the whitewashing controversy that occurred when she was cast in her MCU role as The Ancient One.

After being told what Marvel Studios President Kevin Feige recently had to say on the matter , Swinton was quick to say that she was "very grateful that he said that."

She confirmed when it was all going down, she had "a question mark in [her] own mind:"

“...very, very grateful that he said that... I remember at the time having a question mark in my own mind, and being attendant to the public response to the idea that a Scottish woman will be playing this character, and being aware that there was no resistance at all — there was widespread welcome — which shifted at a certain point, for very good reasons with which I had an enormous amount of sympathy.”

While things may not have seemed rocky when she first got the role, Swinton quickly saw pushback rising, "conscious" pushback that she claims grew "righteously." She appreciated the conversation, describing it all as a "really healthy social development:"

“The audience feels ever more empowered to contribute to the narrative and to feel heard within the narrative, and that’s a really healthy social development.”

Swinton even reached out privately to comedian Margaret Cho, an entertainer of Korean descent. In trying to gain some understanding around the casting debate, Swinton got even more swept up in the outrage of it all.

A lot of that came from Swinton asking someone of Korean descent, a person that she had never previously spoken to or knew, why "all the Asian people were so mad." It was offputting for Margaret Cho, who had publicly called the exchange out.

Swinton then released the entire email exchange in the hope of keeping things as transparent as possible. Swinton recalled it all as "a bit of a nightmare:"

"Diversity is pretty much my comfort zone... [the] idea of being caught on the wrong side of this debate is a bit of a nightmare to me.”

Even with all the good intentions behind Swinton's asking, it made Cho feel like a "house Asian" as she had to explain whitewashing on behalf of Asian Americans to someone she had never met.

In reflection of those events, Swinton admitted that it wasn't the best way of going about it, saying that she "made a questionable decision: "

“I made a questionable decision to reach out to somebody in a certain way, which was naive and clearly confusing, because their misunderstanding came about because of it. I was embarrassed that I had maybe gone up a blind alley in starting the correspondence in the first place — maybe I had confused matters — but beyond that, I have zero regrets.”

In the end, Swinton doesn't regret a thing. In fact, she firmly believes that sometimes "it needs to get messy:"

"[it was a] hot moment... But the way in which people get listened to is by speaking up and getting hot. And sometimes, it needs to get messy.”

ANCIENT ONES CAN STILL LEARN

It's important to note that Tilda Swinton fully embraced the idea that her casting was wrong and wanted to learn from that experience. It's something that not only she had to contend with, but Kevin Feige as well.

The topic can be uncomfortable to discuss for most, but it's a critical aspect of today's society that is important to be aware of and open to learning more about every day.

Everything that Marvel learned from that Ancient One casting situation probably came into use as the studio went to properly bring to life the real Mandarin for the upcoming Shang-Chi film . It's a character that the studio has long avoided making as it deemed the original character a racist caricature and overall insensitive.

Sometimes missteps are important as they lead to growth and teach those making the big decisions what not to do—and more importantly, what the best course of action is.

This is especially important when it comes to properly bringing diversity to something as large as the Marvel Cinematic Universe.