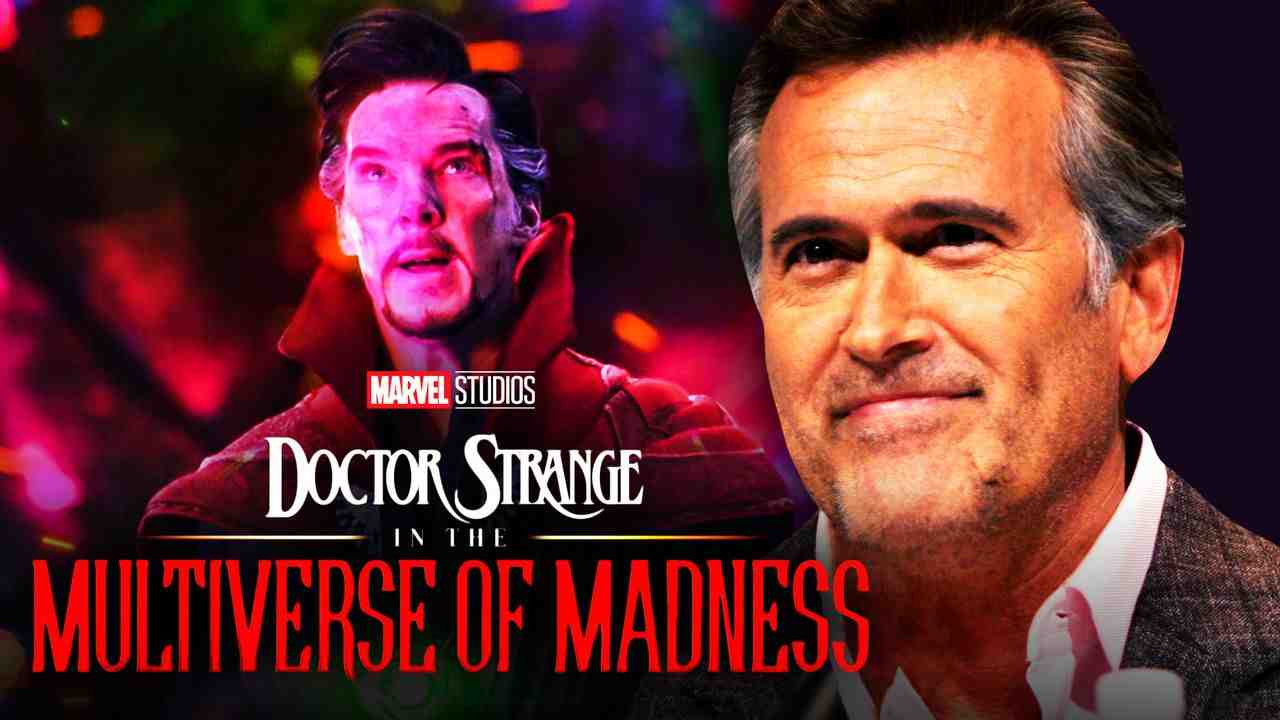 After originally being scheduled to release in May of this year, Doctor Strange in the Multiverse of Madness was delayed until March 25, 2022 due to the global pandemic. This will be over five years since the first Benedict Cumberbatch-led origin story, making it the longest gap between two franchise films in the MCU's 13-year history.

Despite the unfortunate delays, this film has had fans extremely excited since its announcement at 2019's San Diego Comic-Con. Mostly in part to the title's confirmation that the multiverse will be playing a part in the future of Marvel Studios' interwoven universe. Knowing that Spider-Man: No Way Home is connected to this film in some way, on top of the fact of Spider-Man veteran Sam Raimi directing, anticipation is high for this Sorcerer's sequel.

The upcoming project is now being filmed in London where Benedict Cumberbatch, Chiwetel Ejiofor, Rachel McAdams, and The Scarlett Witch herself Elizabeth Olsen are all set to reprise their Marvel roles. Now, another actor has teased an appearance in the film with a possibly Spider-Man- related role.

Actor Bruce Campbell has teased his rumored appearance in the upcoming Doctor Strange sequel. He posted a photo on Twitter of the London skyline, teasing working in "working in a certain city, with a certain director on a certain movie with a certain actor." This is a hint at the possible role he has in Multiverse of Madness. Campbell has recently worked with director Sam Raimi on Oz The Great and Powerful and the original Spider-Man trilogy .

WHO IS BRUCE CAMPBELL PLAYING?

With the multiverse being one of the main plot points of this film, Campbell could realistically play anyone from any universe. With that being said, his role will likely be small as the aforementioned tweet indicated "it was a blast" to work on the project. As the film will continue shooting, this points to Campbell playing a fairly small role.

An incredible call back to the original Tobey Maguire-led Spider-Man films would be if he returned as any of his three roles in those films. Campbell made cameo appearances in all three of Raimi's Spider-Man films, first as the wrestling Ring Announcer, then as an aggravating usher, and finally as a French Maître D’. He also made an appearance in Raimi's Oz The Great and Powerful as the Winkie Gatekeeper.

With rumors flying everywhere about a possible appearance from Maguire in Spider-Man: No Way Home , there is a chance Benedict Cumberbatch's Steven Strange himself takes a trip to Raimi's Spider-Verse and interacts with one of Campbell's many characters, or maybe someone entirely new. In all likelihood, Campbell will play another small role in Raimi's next big-budget film that will be separate from any previous appearances, but it's easy to dream a little when Multiverse is literally part of the title.

If Campbell does show up, fans will be able to find out on March 25, 2022, when Doctor Strange in the Multiverse of Madness hits theaters.