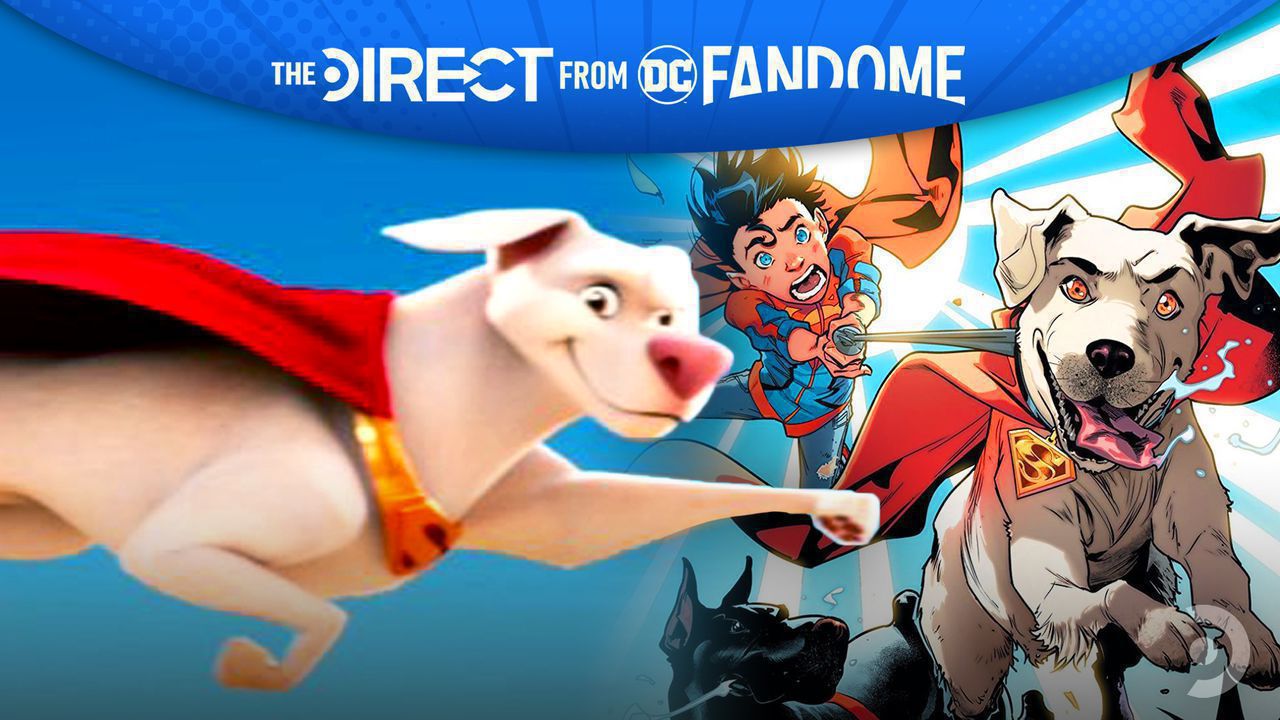 Everyone loves their pets, even DC superheroes.

DC Super Pets is an animated film project currently in the works from The LEGO Batman Movie's Jared Stern, who is set to write and direct the film alongside Sam Levine. However, not much news on the film has been revealed besides its May 22, 2022 release date.

The cast of characters likely includes famous super pets such as Ace the Bathound, Streaky the Super-Cat, and probably the most popular DC canine, Krypto the Superdog.

During DC's second day of FanDome, the studio finally revealed a first look at the high flying pup.

DC FanDome showed a brief glimpse at the design of Krypto the Superdog for their upcoming animated film DC Super Pets. The clip was shown in front of a DC FanDome screening, and the full video can can be seen in this tweet below:

Comparing Krypto's look from the comics...

It looks like Warner Brothers is finally making some progress with the DC universe's beloved pets. Aside from the announcement of the film and its release date, the studio has been extremely quiet on all things Super Pets. But, DC is taking full advantage of their FanDome event once again, surprising fans with this brief, yet adorable clip.

It's no surprise that Krypto the Superdog will be one of the main characters in the film, likely leading the team of Super Pets in the same way Superman leads the Justice League. Krypto is one of the most popular DC pets, debuting in DC Comics all the way back in 1955.

The character has since made multiple appearances in animated shows and films, like Batman: The Brave and the Bold and Superman/ Batman: Apocalypse. Krypto even had his own series, Krypto the Superdog, which ran for one season on Cartoon Network.

With DC Super Pets still two years away, Warner Bros. and DC are likely in the very early stages of producing the film. Though, with a full Krypto design animated and previewed at DC FanDome, perhaps the studio is making a lot more progress on the film than they have revealed. At the very least, DC may want to start building anticipation for the Super Pets. And, well, it worked.