Marvel Cinematic Universe films usually go through dozens of ideas for all aspects of their production before release, including, but not limited to, casting, sets, production, and costume designs .

With so many different pieces of source material to use from decades of work from Marvel Comics, it takes the production crew months, and sometimes even years, to work out what exactly is the right way to bring characters and events to life on the big screen. This leaves countless images and ideas that end up never making their way into the MCU, and a new example of one of these images has just been released to the public.

Via a new post on Instagram , Marvel Studios Head of Visual Development Ryan Meinerding shared a look at concept art featuring Bucky Barnes from Captain America: The Winter Soldier . This early piece details a different look for the Winter Soldier's patented face mask which only covers his mouth and nose instead of his entire cheek/jaw area.

In addition, his arm has a much clunkier design with different pieces of metal appearing to lock together almost like chain links in a bicycle, which was changed to look like one smooth device in the movie even with all of its interconnecting mechanical parts. The image can be seen in full below: 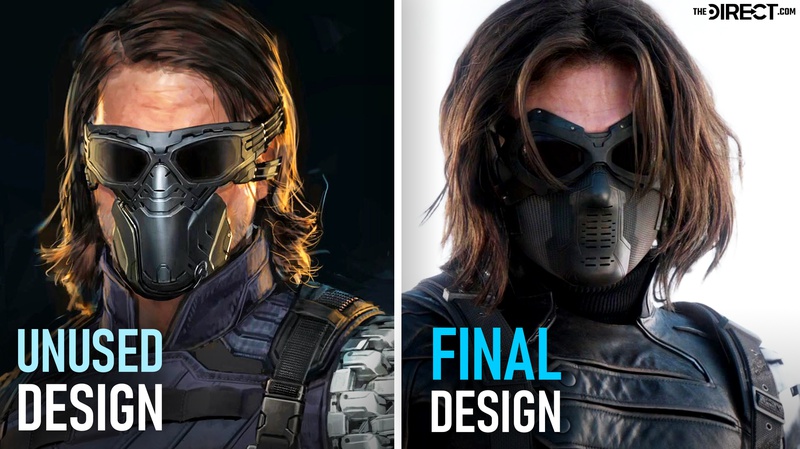 The Winter Soldier was built up as one of the most menacing villains of Phase 2 upon the release of Captain America: The Winter Soldier in 2014, so it was imperative that the design team at Marvel Studios got his look just right. Even as cool as this original design looked, the team tinkered and adjusted it, likely for months on end, until they got the final epic result that fans know and love from the movie's final cut.

The Captain America sequel came out as a huge critical hit and remains one of the MCU's most well-reviewed movies even six years after its release, largely due to the story behind Sergeant Bucky Barnes. His transformation into the villainous Winter Soldier and his battles with Steve Rogers quickly became the stuff of comic book movie legend, and he remains one of the best bad guys ever put on screen by Marvel Studios.