Black Widow is still currently set for release on November 6, 2020 after it was delayed back in April . Excitement for the film's release has begun to drum up once again in a few ways, with various promotional materials coming out in the form of merchandise, trailers and interviews.

A tie-in book was listed on Amazon earlier this month, providing new images and details about the film's characters. A new trailer for the film was reportedly played in a Canadian theater, which showed off more of Red Guardian in action and the familial side of Natasha's team. Black Widow director Cate Shortland also mentioned that the film would propel the idea of Natasha Romanoff "handing the baton" to Florence Pugh's Yelena Belova.

Promotion of the film has not slowed down by any means, with new merchandise for the film now being released... 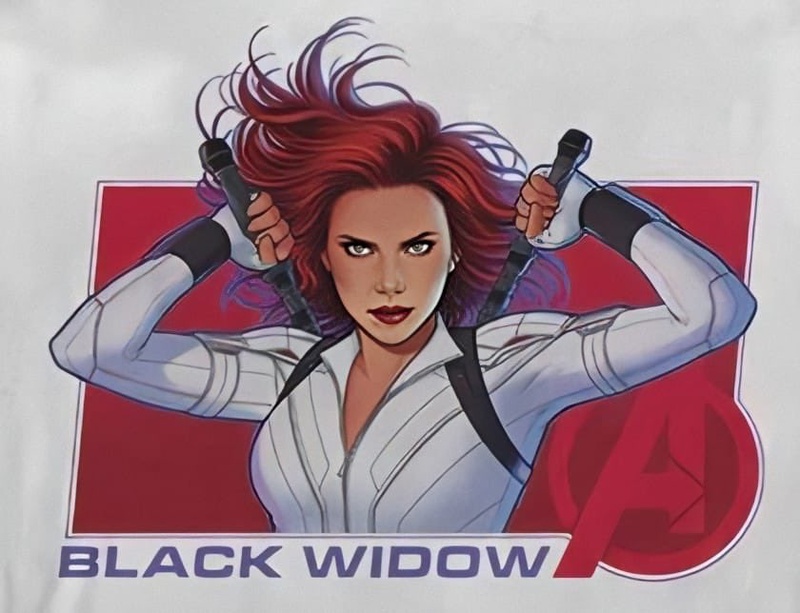 Black Widow in her white outfit, seemingly illustrated by artist Jen Bartel. The Avengers logo is also prominently featured, tying her to the group despite the team being fractured during the time that the film is set in. 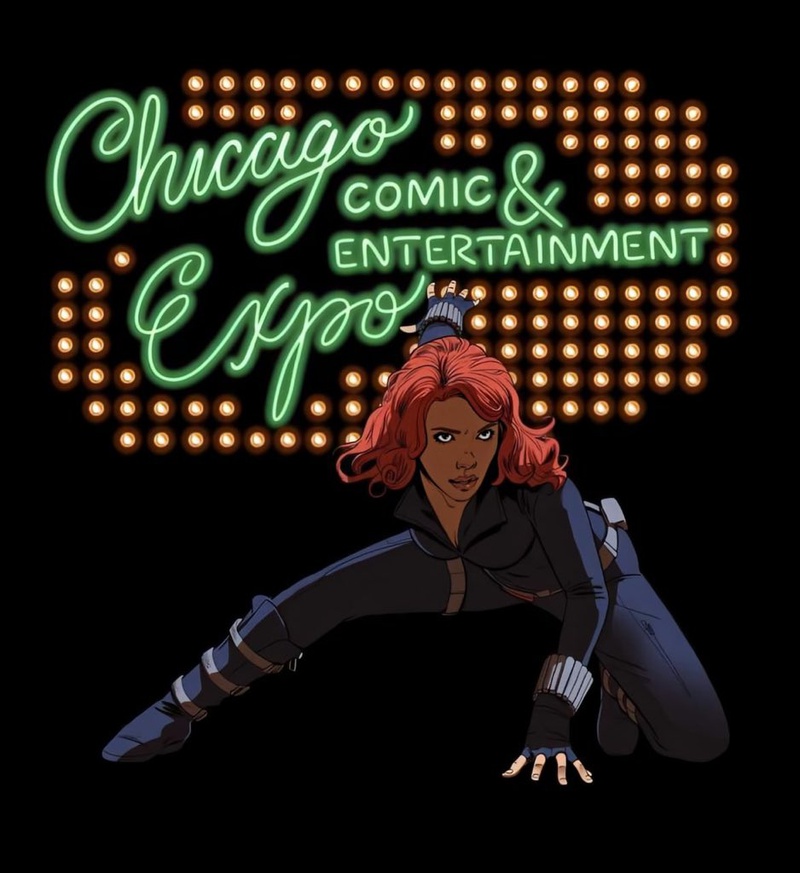 An image of Black Widow in front of the Chicago Comic and Entertainment Expo logo. As this year's convention has already taken place, it is unknown how or whether this will tie in with the convention or be associated with next year's event instead. 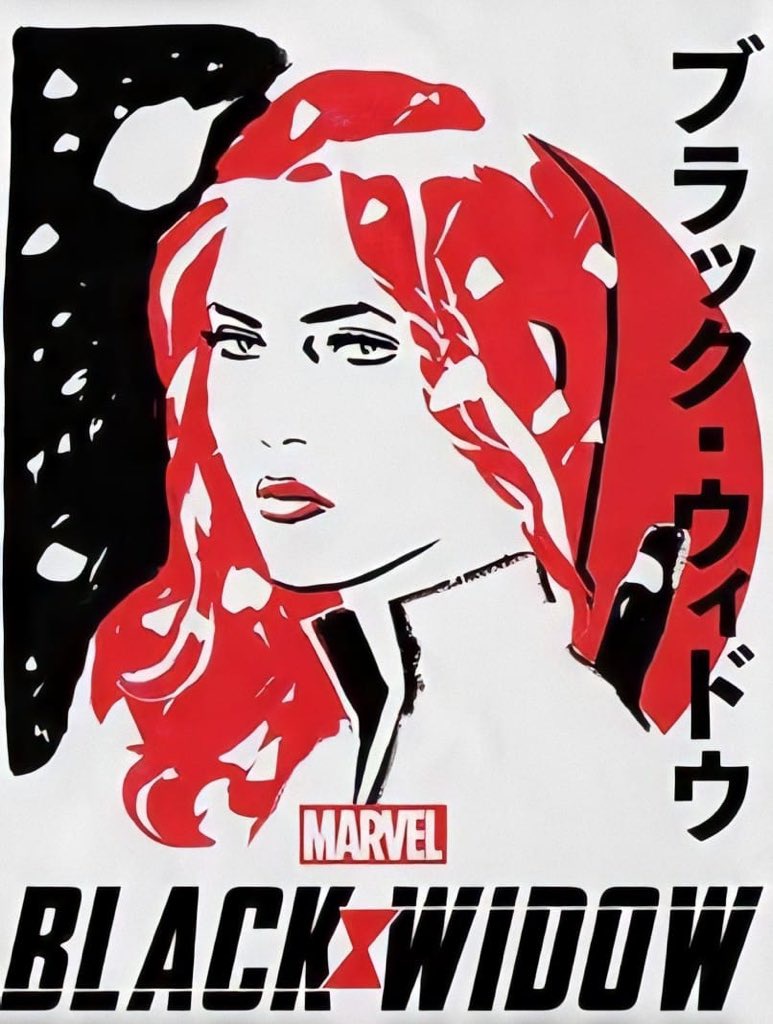 A more stylized graphic illustration of Black Widow. Japanese text is prominently featured along the side of the design, either pointing to a potential Japan connection in the film, being targeted towards the Japanese market or existing simply as aesthetic flourish. 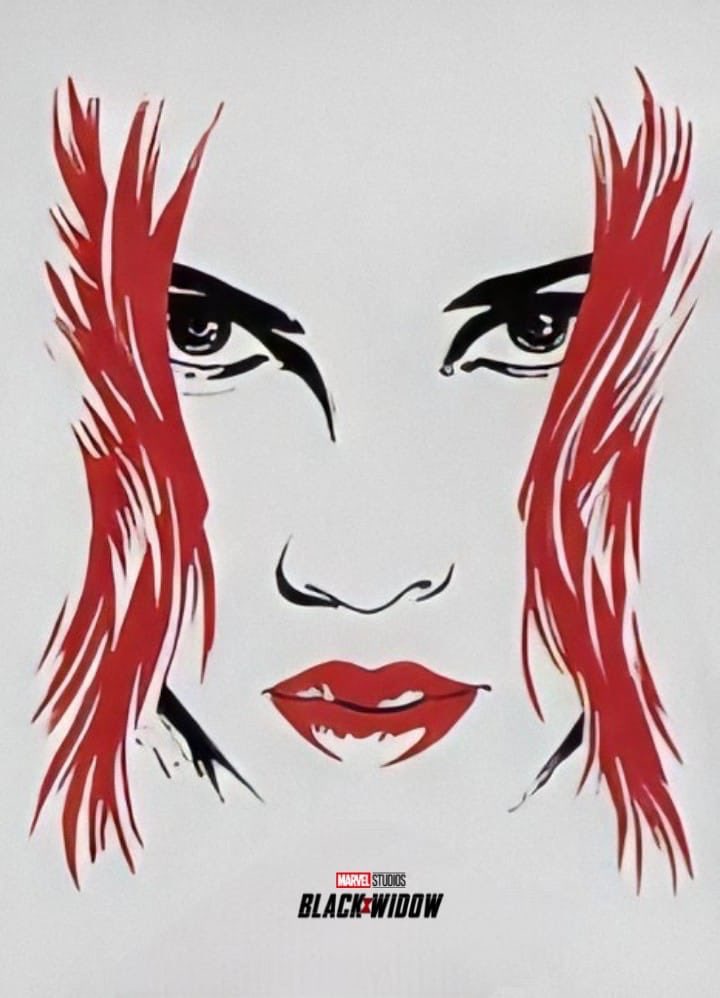 Another stylized graphic of Black Widow's face on a white background. 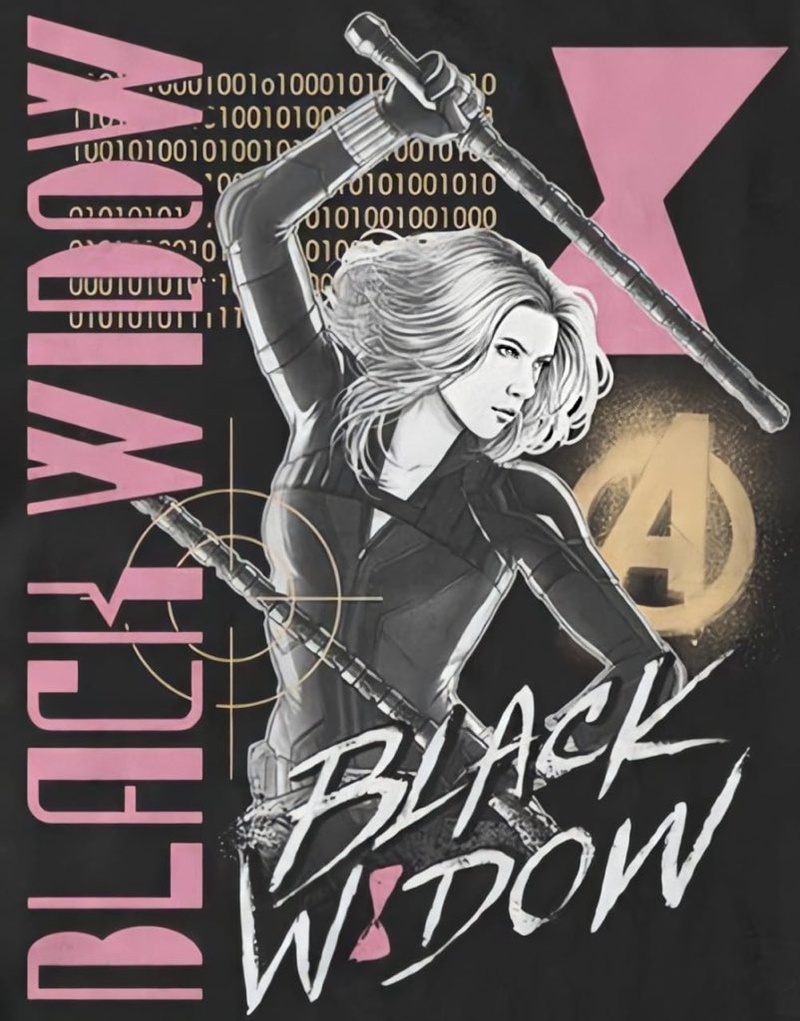 Another design seemingly illustrated by Jen Bartel of Black Widow in her black suit. The design seems to reinforce the espionage nature of the film through the use of retro font, a sniper reticle and bits of code. 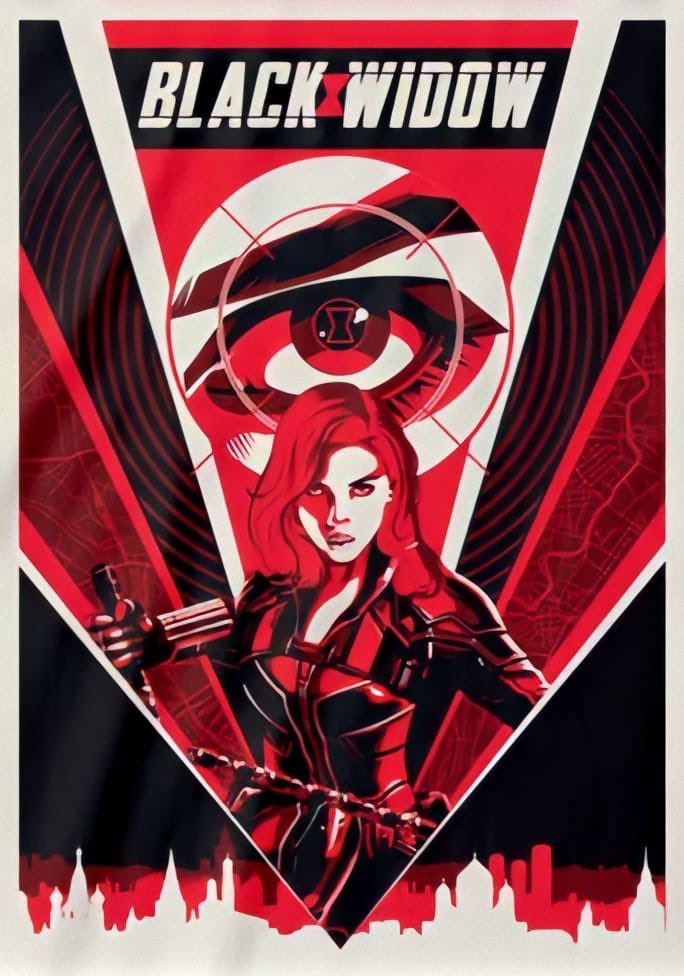 Black Widow in another espionage-inspired design with a sniper reticle aimed at her eye. What appears to be the Russian skyline lines the bottom of the design, drawing the connection between Natasha and her past. 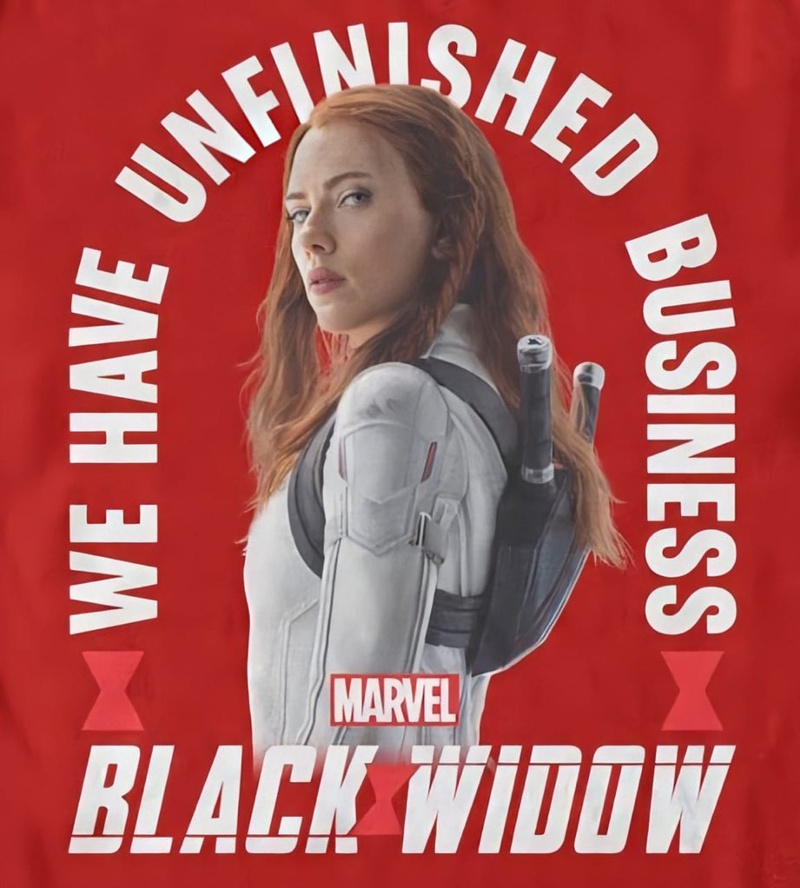 An image of Scarlett Johnasson as Black Widow with the text 'We Have Unfinished Busines"' surrounding her. Although it is unclear who this could be aimed at, the text, at the very least, teases that Natasha will have to deal with the demons of her past coming back to haunt her. Perhaps this could be referencing the Black Widow program (or a member of it) or could be pointing to the identity underneath the Taskmaster armor.

All of the new merchandise is incredibly well-designed and each have a unique sense of style that keeps them distinct from the others. Simultaneously, the designs all convey that Black Widow will infuse the spy and espionage genres with the superhero one.

Audiences will have to wait to see who Natasha has unfinished business with when Black Widow releases theatrically on November 6, 2020.