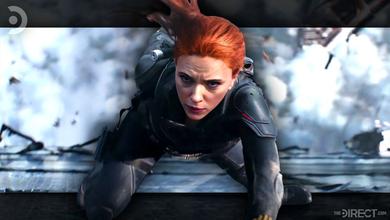 Black Widow has been delayed to November 6, 2020, but this has not stopped promotion and news from coming out for the film.

Merchandise from Black Widow has also continued to release, with collectible figures for the titular heroine and Taskmaster being announced by Hot Toys and new clothing designs teasing aspects of the film's tone and genre. O.T. Fagbenle, who plays Rick Mason in the film, has spoken about how he was almost not in Black Widow due to scheduling conflicts.

IMAX has had a longstanding relationship with the films of the Marvel Cinematic Universe, signing a deal with Sony Pictures to present Spider-Man: Far From Home in IMAX format a few years back. Marvel also has various IMAX editions for some of its films in the pipeline for home media release, including Captain Marvel.

A new detail about Black Widow's release has now been revealed, providing some insight into how fans will be able to experience the film in theaters...

Anton Volkov noted in a recent tweet that IMAX has stated Black Widow will feature 30 minutes of footage in 1.90:1 ratio in their recent earnings call. This footage will thus be presented in IMAX format.

missed news from yesterday’s IMAX earnings call - 30 minutes of #BlackWidow will be presented in expanded 1.90:1 in IMAX pic.twitter.com/p2Uh1atS6r

Marvel Studios is not unfamiliar with shooting its films in IMAX, with both Avengers: Infinity War and Avengers: Endgame both being the first films ever to be filmed entirely with IMAX cameras. Spider-Man: Far From Home was also presented in IMAX, so Black Widow will be following the trend of its MCU predecessors.

It is likely that this footage will be reserved for the big action set pieces of the film, such as the prison escape sequence seen in the trailers. This will allow for more detail to be captured that would not be able to filmed on regular cameras, expanding the view of the scenes and ensuring that they have the maximum amount of detail, fidelity and excitement.

Marvel fans will be able to experience even more of what the film has to offer when Black Widow releases theatrically on November 6, 2020.