Fan favorite actor, Dwayne "The Rock" Johnson, has been attached to the role of Black Adam, Shazam's mystical foe for quite some time.

Black Adam is typically portrayed as Shazam's villainous counterpart and possesses the same set of powers and abilities (Although he has also been portrayed as an antihero more recently.) DC's plan is to introduce Adam in his solo movie and have him clash with Billy Batson and family in a sequel to 2019's Shazam!

Lately, we have been getting hints of the characters that will appear in the film through casting rumors which include some members of the Justice Society of America. But we had very little indication of how the film will look.

Update: The official logo for Black Adam has been revealed via the DC FanDome store:

Today, through his Instagram , The Rock has shared new concept art featuring his version of Black Adam that will be featured in the upcoming solo film. You can check out the video and art below 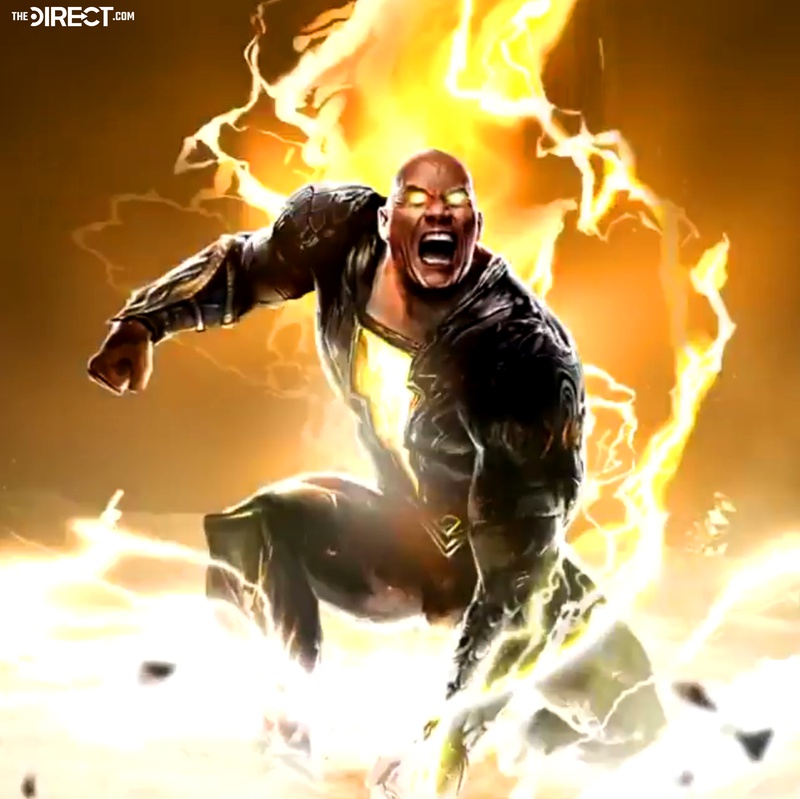 Update: Shazam! 2 director, David F. Sandberg has gotten in on the fun with this tweet:

Certainly an electrifying taste of how the DCEU's own Black Adam will be portrayed. As stated above, the current plan is to have Adam cross over with Shazam at some point. Expect Billy and his friends to have their hands full with this guy!

As The Rock writes in his Instagram post: "The Man in Black is coming to crush them all." Could he be referring to the Shazam Family when he says "them all" or could this be a hint at some of the other DC heroes (Such as the Justice Society) that will end up appearing?

It's also neat to see Sandberg building up hype for the inevitable stand-off between his set of characters and Black Adam.

DC Fandome will have another look at Black Adam tomorrow at 6:10pm ET.