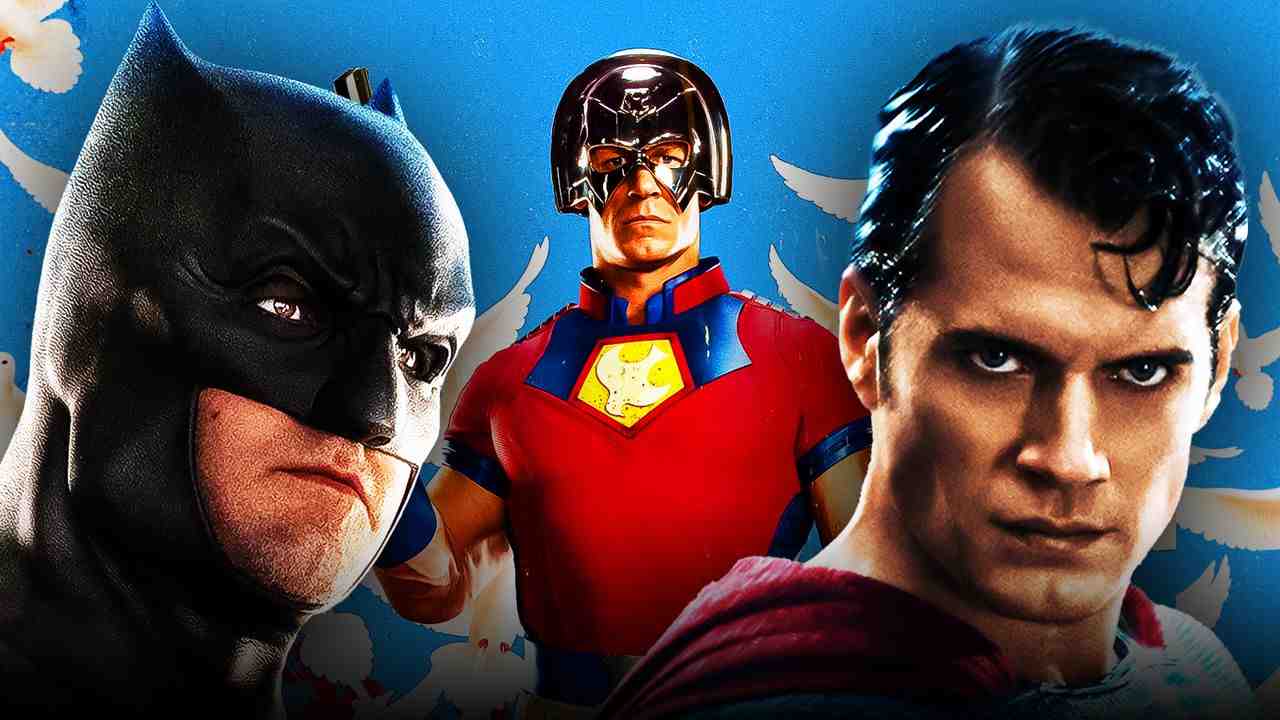 The Suicide Squad is set to introduce new and exciting villains to the world of the DCEU , and one of them is John Cena's Peacemaker.

It remains to be seen how Peacemaker will fit into the narrative of the upcoming hybrid reboot/sequel, but it seems that Warner Bros. is fully aware of the character's potential due to the fact that Cena will return in a standalone spinoff series centered around the anti-hero on HBO Max.

The Suicide Squad director James Gunn is set to return as executive producer, scriptwriter, and director for Peacemaker . Plot details are still being kept under wraps, but it is widely expected that it will do a deep dive into the history of the rogue vigilante.

Production is currently underway for The Suicide Squad spin-off, and it seems that filming is nearing its end based on Gunn's latest update. Now, a fresh look at Peacemaker has arrived along with interesting details about the series.

Peacemaker and The Suicide Squad director James Gunn sat down with Empire to talk about the upcoming HBO Max spin-off and its connections to the larger DCEU.

Gunn first acknowledged the fact that the show takes place in the wider DCEU, with him mentioning that living in a world where Superman and Batman exists is "not an easy thing" for the titular vigilante:

"He lives in the world of Superman, Batman, and Aquaman, and that is not an easy thing for him to contend with."

The DCEU director went on to reveal that Peacemaker will revolve around "a big science-fiction story" while also dealing with some real-world issues, explaining the idea that Christopher Smith "represents a part of the world populace that is problematic:"

“He represents a part of the world populace that is problematic to say the least, and puts him in a situation where he has to face the choices he's made throughout his life and the extremity of his views.”

Gunn then described Peacemaker as a "piece of shit" who wears the "goofiest costume you've ever seen in your life." Still, Gunn took note of the fact that this character has a "clear set of ideals" that he finds really interesting:

“Peacemaker's a piece of shit. He's not a good guy. And he wears the goofiest costume you've ever seen in your life.

Peacemaker has a clear set of ideals that I find really interesting. You know: ‘I want peace no matter how many men, women and children I need to kill to get it.' Sounds like nonsense, but it also makes a lot of sense. And you see in John's performance how he does not feel good about it – something I thought was the seed of an entire eight-episode show.”

The outlet reported that Gunn directed five of the eight episodes of Peacemaker 's debut season on the streamer.

Meanwhile, John Cena also chimed in about his DC character, describing him as a "loud, obnoxious, bro-ey douchebag." However, the actor teased that there's an explanation behind Peacemaker's unlikeable persona that the show will explore throughout the first season:

“This guy is a loud, obnoxious, bro-ey douchebag. That sucks. But why? At what point did he become such a douchebag and what does that mean? There's a lot to dive into there.”

PEACEMAKER'S PLACE IN THE DCEU

James Gunn's namedrop of DC heroes like Superman and Batman could hint that Peacemaker will at least reference some members of the Justice League in the series. This serves as a wise connective tissue to the larger DCEU, but it remains to be seen if the established versions of Ben Affleck and Henry Cavill's heroes will be the ones that will be placed as Easter eggs in the show.

Still, it's a good thing that the show acknowledges these powerful heroes, especially considering that Peacemaker operates on a grounded level. Gunn's comment about the character having a "clear set of ideals" is interesting, and this could hint that it will be challenged like never before in the series due to the existence of such heroes.

It is still unknown if Peacemaker will survive the events of The Suicide Squad , but there's a good chance that the spin-off series will explore the events that are set before and after Task Force X's mission in Corto Maltese.

This creates an opportunity for the series to show different sides of the character, thus giving a deeper look at his journey.

This isn't the first time that John Cena described Peacemaker as a "douchebag." Back at DC FanDome , the former WWE Champion mentioned that his DC character is a "douchey Captain America," and the fact that this description stayed consistent all this time could hint that there is something more to the anti-hero's obnoxious personality that the series will likely shed some light on.

Peacemaker is expected to debut on HBO Max sometime in 2022.