Bane Standalone Movie Pitched After Joker Film's Success, Could Be Villain in The Batman Sequel 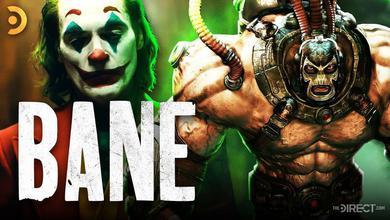 The DC Extended Universe is currently hard at work on a theatrical resurgence with an expansive slate of films set to release when movie theaters reopen once again. There are currently four sequels planned out, including imminent releases for Patty Jenkins' Wonder Woman 1984 and James Gunn's The Suicide Squad, and three new solo films for some of DC Comics' most popular heroes.

One of the biggest of these heroes to have not received a solo movie is Bruce Wayne, which will be rectified with the release of The Batman on October 1, 2021. After Ben Affleck made the decision to pass on the cape and cowl, the filmmakers behind the Caped Crusader decided to not only go younger with the lead actor, but also to fill his first DCEU solo movie with a number of his most popular villains from the comics.

Even though Batman is still nearly a year away from his return to theaters, rumblings of a sequel are already in motion along with rumors of who he will do battle against in the future. News on one of these potential adversaries has just broken; one that is still fresh in the minds of DC fans.

An exclusive from Heroic Hollywood reports that an attempt has been in the works to pitch a Bane solo film to DC executives, one in the same light as Todd Phillips' Joker from 2019. While this solo film may not end up coming to fruition, these plans could set up Bane to be the villain for a sequel to Matt Reeves' The Batman.

Bane is one of the most iconic villains in the Dark Knight's storied comic book history, including being one of the rare ones to actually outmatch him physically and give him a real beating. He has been portrayed in a number of live action films and animated series already, most recently by Tom Hardy in 2012's The Dark Knight Rises. Even while this solo film may not have ended up seeing the light of day, the fact that he could be shown in the same light as Joker could mean big things for the character in the DCEU, especially with the wild successes of Todd Phillips' take on the Clown Prince of Gotham.

There are no plot details known for the new solo film, although casting announcements have revealed that Bruce Wayne will have his hands full for his first DCEU solo movie with three iconic villains. Bane could possibly give Batman all he could handle and more after having to deal with Catwoman (Zoë Kravitz), the Riddler (Paul Dano) and the Penguin (Colin Farell), putting the playboy/billionaire through some of the most trying physical battles imaginable.

The Batman is currently waiting to resume filming once the COVID-19 restrictions are lifted and set for theatrical release on October 1, 2021. The film also stars Robert Pattinson as Bruce Wayne/Batman, Andy Serkis as Alfred Pennyworth, Jeffrey Wright as Commissioner Jim Gordon, and John Turturo as Carmine Falcone.