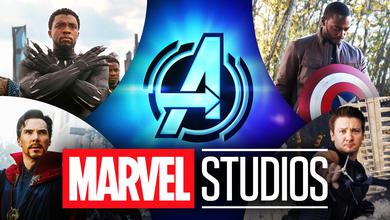 While Marvel Studios prepares to begin its run of eight new MCU projects releasing in the next seven months, its parent company has a major debut of its own to celebrate before then. This comes with the opening of Avengers Campus in Disney's California Adventure in Anaheim, CA, which will bring the expansive world of the MCU to life in a way that fans can tangibly see and experience in person.

This world will feature numerous attractions dedicated to iconic Marvel Studios movies such as Doctor Strange's Sanctum Sanctorum and the Pym Test Kitchen inspired by Paul Rudd's Ant-Man outings. Tom Holland even gets to swing into the fun by appearing in videos and promo material for the WEB SLINGERS: A Spider-Man Adventure ride, which is already becoming quite the popular event.

Paying respect to Avengers Campus' extensive source material, California Adventure's opening ceremonies included a look back at some of the MCU's biggest moments and projects.

During California Adventure's opening ceremony for Avengers Campus, a promo video played featuring clips and dialogue from eleven of Marvel Studios' movies and shows from the Marvel Cinematic Universe.

The video featured dialogue from John Slattery's Howard Stark, sending a message to fans and welcoming them to "the future:"

"Howard Stark here, CEO of Stark Industries. I’m very sorry I couldn’t be there, so I’m sending this message along. To me, it’s a dream…a dream that can make this world a better place. I would like to personally introduce you to…the future."

Additional text was included, with an old message from Walt Disney himself in the mix:

To all who come to this happy place…

Here age relives fond memories of the past …

Dedicated to the ideals, the dreams….

Disneyland will never be completed….

“It will continue to grow as log as there is imagination left in the world.” - Walt Disney, 1955

The full trailer can be watched below:

THE MCU CONTINUING ITS HISTORIC RUN

Considering that the MCU has been seen as a worldwide phenomenon nearly since its inception in 2008, it's only fitting that the opening for Avengers Campus paid tribute to projects from all four Phases in existence to date. The video included four movies in Phases 1 and 3, two from Phase 2, and The Falcon and the Winter Soldier from Phase 4, representing each mini-era of Marvel's cinematic accomplishments.

All eleven of these projects played key roles in advancing the continuing narrative of what the MCU has built, featuring Earth-bound icons like Captain America and Iron Man to intergalactic warriors like the Guardians of the Galaxy. Even the franchise's resident magician made his way into the montage, helping showcase the MCU's best and most powerful heroes running.

Disney and Marvel have a clear understanding of what they're doing, building Avengers Campus to be the best representation possible of what's been put on screen in Marvel Studios' movies and TV shows. The best part about it is that due to the MCU not having a specific end date in sight, the Marvel world in California Adventure will always have room for new additions and heroes at every turn.

Avengers Campus at Disney's California Adventure will open to the public on June 4.