Fans got ahead of themselves when William Jackson Harper of The Good Place fame was cast in Ant-Man and The Wasp: Quantumania. However, a new image has been released showing Harper's mystery character.

Initially a fan-favorite pick for Reed Richards of the Fantastic Four, it was quickly dismissed when it was reported that Marvel's first family was still in the process of being cast. It was eventually confirmed that he would just be a member of a rebellion inside the Quantum Realm fighting against Kang the Conqueror.

Harper has been missing from all the trailers for the Ant-Man threequel so far, but an image of him and his character has finally been released.

Empire has released a new image of William Jackson Harper's character, Quaz, in Ant-Man and The Wasp: Quantumania. He's described as a telepath and freedom fighter inside the Quantum Realm, railing against injustices done by Jonathan Majors' Kang. 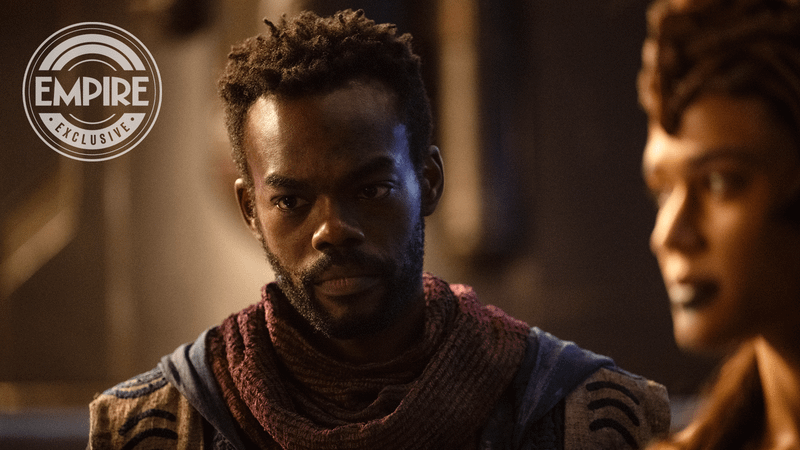 Sporting a beard, Harper certainly looks like a rugged rebel fighter, but there's not much else to say about his character at this point.

Quaz isn't a character from the comics, unlike Jentorra; however, him being a telepath is interesting.

Discounting Patrick Stewart's alternate-universe cameo as Charles Xavier in Doctor Strange in the Multiverse of Madness, this would make Quaz the second telepath to appear in the 616-universe after Wanda.

It'll be curious to see how and if Marvel Studios will differentiate his telepathy from that of Xavier and Wanda.

How that will be used in the film is uncertain, but fans will find out when Ant-Man and The Wasp: Quantumania is released in theaters on February 17.

8 MCU Characters Most Likely to Appear In Deadpool 3

Black Panther 2 Would Be ‘Worst Movie Ever’ Without These 2 Scenes, Reveals Director