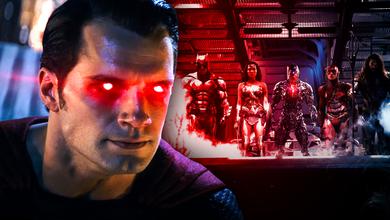 The anticipation surrounding Zack Snyder's Justice League is now sky-high, especially after the reveal of the film's release date this March on HBO Max. In the past months, Snyder has been consistent in terms of providing numerous teases about his director's cut, and it's good to know that it's only a matter of time before viewers will get the chance to witness this highly-talked-about project.

The visionary director confirmed that his Justice League will be released as a “one-shot” instead of the original plan of showcasing it as a mini-series. This means that the experience will be lengthy due to the previously-rumored four-hour runtime, but it's safe to say that it will be worthwhile for anyone who waited for a long time to see what the buzz is about.

It's no secret that Zack Snyder's Justice League will be far different from its theatrical counterpart from 2017, and this is one of the main reasons why fans are eager for the cut's release. Now, a new tidbit was uncovered from the Snyder Cut's official release announcement, and this could provide clues on how the narrative of the film will be a one-of-a-kind affair.

The official press release for Zack Snyder's Justice League has revealed a new writer with a story credit in the form of Will Beall. The inclusion of Beall is a significant one since he scripted an early draft of Justice League from 2011, way before Snyder's involvement with the project.

The aforementioned script was previously uncovered by The Wrap, and it showed multiple elements that resemble Snyder's Knightmare sequence such as Darkseid invading Earth alongside a brainwashed Superman, a future Batman leading the resistance, and a future version of Lex Luthor helping Barry Allen travel back in time to warn the others in the past.

With so much focus on the Knightmare timeline, this begs the question if Zack Snyder's Justice League will do a deep dive into the famous sequence even more so this time around. The inclusion of Beall to an already-stacked (and powerful) writing crew of Justice League definitely adds more intrigue, making everyone curious if some plot points from his 2011 draft were implemented in Snyder's version.

While it's likely that the Knightmare sequence was partly inspired by Beall's script, there is still a lot of unknown moving parts about the aforementioned segment. Given that it's relatively unknown how Snyder will expand the post-apocalyptic timeline, several key elements from Beall's script could very well end up on-screen, and there's solid proof of that.

Late last year, Snyder assembled some cast members of Justice League for additional re-shoots. Jared Leto's involvement essentially confirmed that the re-shoots were mainly done due to the Knightmare timeline, meaning that the sequence was re-imagined in more ways than one.

By connecting the dots, is it possible that Joker is part of Batman's resistance against Darkseid's forces? More so, instead of Lex Luthor from Beall's script, Joker ultimately became Barry Allen's helping hand to travel back in time in the pre-Knightmare era.

This is pure speculation at this point, but the possibilities are endless. If anything, it will be interesting to find out once Zack Snyder's Justice League arrives in two months.