While Marvel is primarily an action and adventure franchise, they haven’t shied away from incorporating other elements into their comics and movies. The MCU has dipped into the comedy, espionage, coming-of-age, and heist movie genres, and amongst all the comedy, action, and drama, they often like to throw in some romance.

And “throw in” is no exaggeration, at least in some cases. The MCU has been pretty hit-or-miss with its romantic relationships in its first three phases, with some being weaved expertly into the story while others feel obligatory and included without the same level of effort put into the other elements of the movies. We already know we’re in for at least a few more love stories come Phase 4, so let’s take a look at what has and hasn’t worked when it comes to Marvel matchmaking and how the studio can do better moving forward.

A love story can be a great element to a film, as it gives the story higher emotional stakes. But the problem is, as is the case with several other aspects of origin stories, most of these relationship plotlines in the “first in the franchise” Marvel movies hit the same basic beats: Our arrogant hero gets to know a woman who helps keep him grounded and gives him something to fight for, they flirt throughout the movie, she watches and/or aids him from the ground as he fights the big battle at the end, and they either begin a relationship or don’t...but even in those cases there’s usually a hint that they might rekindle something in the future.

The only origin film in the MCU that goes a different route with this heavily-featured romance is Captain America: The First Avenger . While the relationship between Steve Rogers and Peggy Carter shares some similarities with the aforementioned description, a few key differences make it stand out; Peggy is actually involved in the war that Steve is fighting in, and both are determined to prove themselves as worthy despite being seen as lesser (Steve because of his initial size and health issues, and Peggy because she is a woman). So even though Steve is the one getting the hero’s glory, they function more as a team than the other Marvel couples that had been introduced in the MCU up to that point. 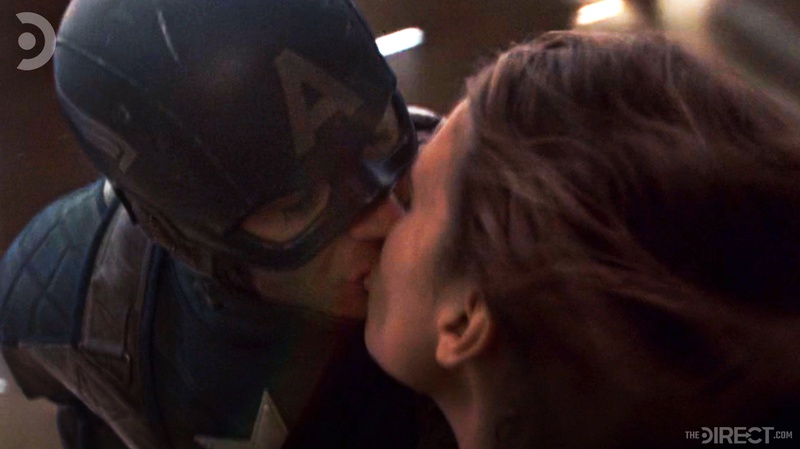 And, of course, the other aspect of their relationship that differs dramatically from the other origin story romances is how their story in The First Avenger ends. While several of the other couples in this category don’t get to stay together in their first movie, the break-up of Steve and Peggy caused by the former sacrificing himself for the war effort feels much more dramatic and definitive (yes, their alternate-universe reunion in Avengers: Endgame happens down the line, but the writers did not have that scenario planned during development of The First Avenger ). It’s heartbreaking, but it’s true to the characters of Steve and Peggy, and the sincere emotion of the scene is a big part of why their romance in this movie is so memorable.

It’s clear that the filmmakers cared about Steve and Peggy - both as a couple and as individual characters - and their relationship made the film stronger because of the effort put into it. A lot of the other romances in the MCU origin movies seem like afterthoughts in terms of development from the writers and directors. In several cases, it almost feels like their inclusion was a box on a movie-making checklist rather than something the filmmakers were genuinely interested in putting in the story.

Every film in Phase 1 and 2, save for two, has a romantic relationship that plays a major part in the movie ( The Avengers and Captain America: The Winter Soldier do touch on romance but don’t have it take up very much screen-time) so not all of these “obligatory romances” happen in the origin movies.

The writers of The Winter Soldier and Civil War attempted to adapt the comic-originated relationship between Steve Rogers and Sharon Carter to the MCU in the two films, starting with The Winter Soldier . This relationship feels halfhearted on the part of both the writers and the character, mostly because it always feels like Sharon is a consolation prize for Steve since he missed out on being with Peggy. This idea of Captain America hooking up with the great-niece of his lost love creeped out a lot of fans (And we’re not even going to extrapolate on how the events of Endgame might've complicated things with these characters). 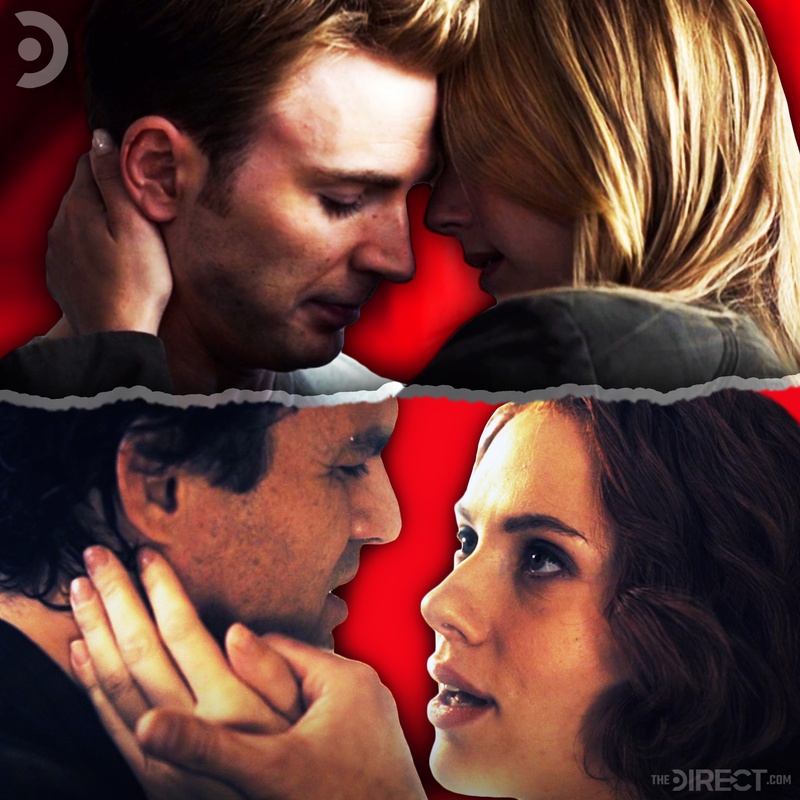 And, of course, there’s the infamous Bruce Banner and Natasha Romanoff pairing in Avengers: Age of Ultron . The movie thrusts this relationship on us as if it’s the next natural step for them as characters. However, feelings between the two have never been so much as hinted at in previous movies. Once again, this relationship definitely seems more like a product of the aforementioned proverbial moviemaking checklist rather than any desire to specifically form these two as a real couple. Just because Natasha is the only female Avenger at that point, and Bruce is the only guy in the group, does not mean they're right for each other.

Most of the MCU’s couples consist of one fully fleshed-out character and their side character love interest. Such is the nature of film that the protagonist is the most well-rounded character and the one we know the most about. More often then not, there isn’t always enough time for audiences to get to know a ton about side characters, yet it seems Marvel has been particularly lazy at times with the characterization of the love interests. They often get reduced to the typical superhero trope of being little more than a plot device and/or a figure of emotional support.

To be clear, this is not in reference to the significant others who seldom appear on screen. (Characters like Laura Barton don't fall into this category since no true effort had been given to make them a central character) These are the ladies who are given a significant amount of screentime but aren’t given much to do besides keep their male counterparts grounded, whether that be by being a nag to motivate the hero to do what’s right or acting as some sort of  “reward” for the hero to get the job done.

This problem has started to improve in recent MCU movies, but sort of in a two steps forward, one step back kind of way. On the positive side of recent developments, Hope Van Dyne became a superhero in her own right when she donned the Wasp suit in Ant-Man and The Wasp , giving her a role beyond simply training Scott Lang to be Ant-Man and rolling her eyes at his antics. And Pepper Potts went from starting off as Tony Stark’s assistant in Iron Man to completing a character arc of her own in Avengers: Endgame . In fact, she and Tony actually learn something from each other. Tony learns to live life beyond superheroism - at least for a few years - while Pepper learns to embrace all sides of the man she loves, truly accepting his drive to save the world, and even joining him on the battlefield.

But while Avengers: Endgame completes arguably the best relationship arc of the MCU thus far, it also somewhat cheapens one of the others. In the middle of the movie, we see Steve Rogers gaze longingly at Peggy Carter for a moment during the 1970’s portion of the Time Heist, and this motivates him to eventually return to the 1940s to live out his days with her. This ending has received a lot of criticism - and not wrongfully so - with one detriment being that Peggy never utters a single line in the movie and is simply painted as Steve’s “one that got away” who is nothing more than a reward for him to receive after saving the day. The film fails to depict her as a trailblazing hero in her own right who lived a great life of her own after Steve went under the ice. 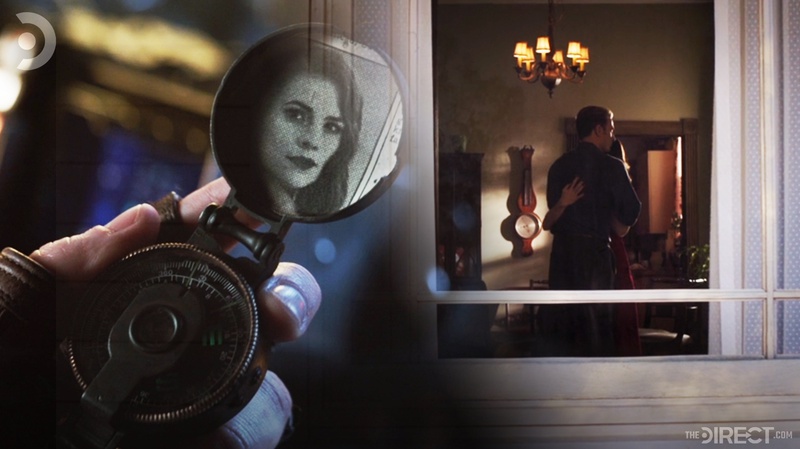 Like Tony and Pepper, what makes pre- Endgame Steve and Peggy work so well is that their lifelong impact on each other is clear, even after the relationship itself is over. In times of trouble, Steve often looks to what he learned from Peggy, and Peggy goes on to become a founder of S.H.I.E.L.D. and continues to work to keep the world safe after Steve is gone. But in Endgame , their relationship is presented as something Steve missed out on by being an Avenger rather than something that his heroics were influenced by, and the whole thing just feels very one-sided (again, mostly because we don’t get to hear from Peggy at all).

Peggy Carter aside, one big part of this issue is Marvel Studios' failure to include enough range in how their female characters are written. The ladies of the MCU - even those who “suit up” - have largely played the stoic “straight man” to the recklessness and hijinks of their male counterparts. Fortunately, some of the more recent movies like Black Panther and Captain Marvel have switched things up a bit to let the ladies show their own fun personalities. As this becomes more commonplace, fans will likely start to see women play other roles in relationships and take part in more dynamic romances in the MCU as a result.

THE ELEPHANT IN THE ROOM

Of course, one of the biggest criticisms when it comes to MCU romance is the heteronormativity that has been prevalent in the franchise thus far. Other than a quick mention of a minor character’s queerness once or twice, the MCU has only featured heterosexual relationships, and it’s even been speculated that a lot of the more haphazardly thrown-together relationships in the MCU are only included in hopes of quieting the speculation that certain characters might be gay. Disney's rumored “crumbs and hints only” approach to homosexuality could potentially be the cause of the MCU's lack of LGBT+ representation, rather than it being Marvel Studios' specific doing.

It has been confirmed that we’ll be seeing some characters in the LGBT+ community come Phase 4, including a gay character in The Eternals , but we don’t know how prevalent the character or any relationships they have will actually be. 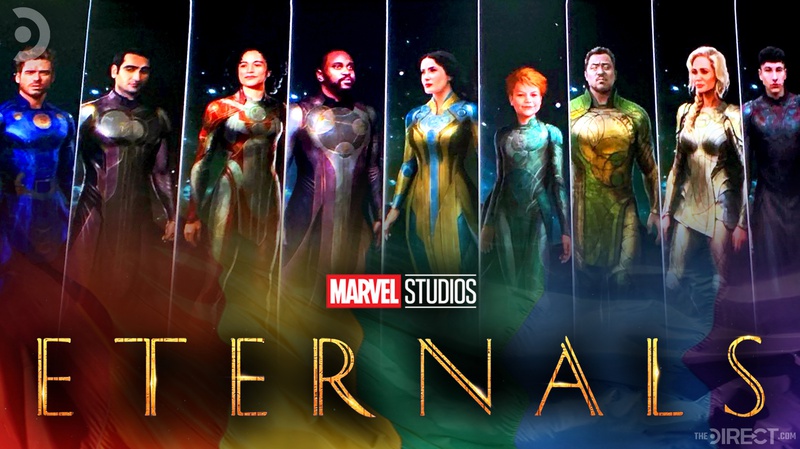 WHERE DO WE GO FROM HERE?

On the whole, Marvel’s handling of romantic storylines has improved since the beginning. They’ve largely stopped forcing love stories into every single movie that doesn’t need one. T’Challa’s relationship with Nakia in Black Panther is one of ex-lovers instead of budding ones, and there’s not even a mention of a love interest for Carol Danvers in Captain Marvel . The MCU has even done away with the existing couples that haven't had siginficance to their stories; Thor and Jane’s romance is swiftly and unceremoniously written out of the story within the first 15 minutes of Thor: Ragnarok (yet may be rekindled in Thor: Love and Thunder ), and Bruce and Natasha’s is dealt with in a similar manner in Avengers: Infinity War .

Phase 3 may have been somewhat lighter on the romance front than the preceding two, but it looks like there’s a whole lot more love on the way in Phase 4. We’ve got the MCU’s first love triangle coming up in The Eternals and a deeper look into Wanda and Vision as a couple in WandaVision , Even the return of Jane Foster in Thor: Love and Thunder is sure to bring in new energy given that she’ll be wielding Mjolnir this time around. And now that we’re starting to see a wider variety of character types and have confirmation of more queer representation, the MCU’s future romances will hopefully be a lot more dynamic than the ones we’ve gotten so far.