"That person who helps others simply because it should or must be done, and because it is the right thing to do, is indeed without a doubt, a real superhero ." On Friday, the world said good-bye to an individual that embodied the phrase of the great Stan Lee not only with words, but with his actions . In the passing of Chadwick Boseman, we lost not just a superhero on screen, but off it as well.

In an ever-challenging year filled with unfortunate circumstances, we desperately look towards those who provide inspiration, hope, and who lead with passion and caring. The loss of Chadwick Boseman is heavy not only because he gave performances that inspired many, but because he brought the essence of those performances into his daily life.

Being a superhero or playing an icon on screen wasn't enough, he lived that message with his actions. And as we now have come to know, he accomplished so much while facing an adversity that only few can comprehend.

We say good-bye to Chadwick Boseman: a King, an icon, and most of all a good man, with a good heart.

Chadwick Boseman has inspired many with his performances on screen and charitable work off it, and he will always be remembered for the impact he had on the Marvel Cinematic Universe and its fandom. Many heroes of the Marvel Cinematic Universe paid their tributes , including Marvel CCO Kevin Feige. "He was our T'Challa, our Black Panther, and our dear friend," Feige said. From his debut in Captain America: Civil War to his appearances in Avengers: Infinity War and Endgame , Black Panther will forever be a staple of the MCU.

But arguably nothing compares to 2018's Black Panther , a filmmaking achievement and a cultural phenomenon that inspired so many generations of Black and multicultural audiences. At the heart of the film was Chadwick Boseman, who understood just how significant it was to showcase that anyone can become the hero of their own story. Black Panther emphasized that such a statement should ring true for Black individuals as well.

This was amazing. @chadwickboseman surprises #BlackPanther fans while they say what the movie means to them. pic.twitter.com/ZXnfLuV83f

For Boseman, it went beyond showing that a Black superhero could be successful on the big screen, it was about reiterating that there is a place in this world for Black individuals that have long felt it wasn't the case. As he eloquently stated at the SAG Awards, Black Panther was about "Creating a world that exemplified a world that we wanted to see."

With that greater goal in mind, that is the testament of a true superhero.

To be young, gifted, and black. pic.twitter.com/Y8KRkadsVv

Iconic performances from an icon himself 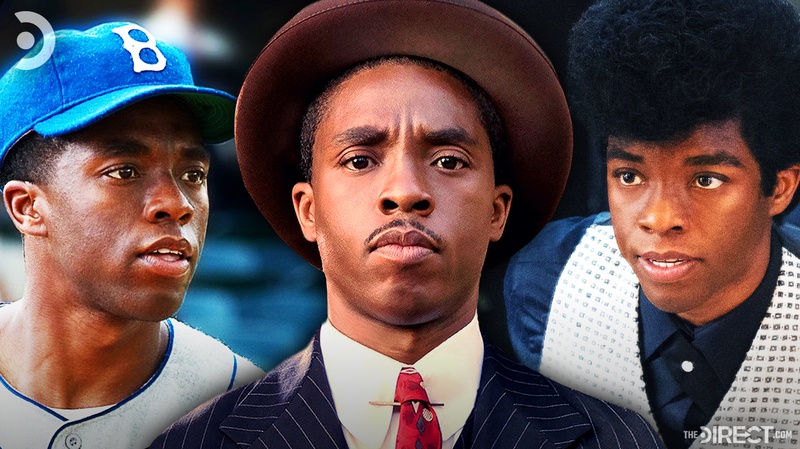 Chadwick Boseman will forever remain the King of Wakanda in the hearts of MCU fans, and to others he will be remembered for amplifying Black history and culture with performances of well-known icons. From Jackie Robinson to James Brown to Thurgood Marshall, Boseman helped highlight the lives of impactful Black icons in history.

Echoing the impact from portraying T'Challa, Chadwick Boseman's additional performances helped inspire Black youth whose passion it is to enter the arts. In remembering Boseman, Deanna Thomas Brown, the daughter of the great James Brown, emphasized how Chadwick Boseman's performance of her father in 2014's Get on Up was the "epitome of Black excellence."

Boseman may be well known as the King of Wakanda, but his performances as Jackie Robinson, Thurgood Marshall, and James Brown helped pave the way for Black youth striving to follow in his footsteps. Much like the individuals he portrayed, one day someone will illustrate the impact Boseman has had on this generation.

"You are a good man...with a good heart"

T'Chaka advised that it would be hard for a good man to be King, but Chadwick Boseman never let that stop him. When he wasn't serving as the protector of Wakanda, Boseman ensured to give back whenever possible. Indeed, "You are a good man...with a good heart."

Throwing it back to the ultimate game changer. Thank you to my friend Thomas Tull for launching #Operation42 to celebrate #JackieRobinsonDay and deliver $4.2M in masks and vital personal protective equipment to hospitals in African American communities devastated by #Covid19. pic.twitter.com/GNt6LE07Li

When systemic inequality and police brutality were highlighted in the aftermath of George Floyd's death, Boseman was active in speaking out against racism and in support of organizations for Black Lives Matter:

Knowledge has always been power, but on June 19, 1865, 2+ yrs after Emancipation Proclamation, knowledge finally brought freedom to the slaves in TX. Taking us closer to the ratification of 13th Amendment in Dec 1865. Understanding history is one of many ways to break the cycle. pic.twitter.com/TlkQwprvPm

All the while, Chadwick Boseman continued to give back while battling colon cancer. While he continued to highlight ways to help others, never did he reveal the four-year conflict he was going through. While he worked tirelessly to give us the performances on screen, he worked just as hard off it in appreciation to the fans.

To know that he would write to children with terminal cancer who passed before seeing Black Panther , while also battling cancer himself, speaks volumes to his spirit and character:

Chadwick Boseman getting emotional about trading letters with kids with terminal cancer who passed before they got to see Black Panther...knowing he was himself battling cancer when he said this. Jesus. pic.twitter.com/o6l6hUjanU

To put others before himself, to act altruistically in the face of his own adversity, that is the true strength of a superhero. Chadwick Boseman was the epitome of a superhero, and as much as it pains us to say good-bye, know this is not the end.

As T'Challa reminds us, "In my culture, death is not the end. It's more of a stepping off point. You reach out with both hands and Bast and Sekhmet, they lead you into a green veld where you can run forever.”