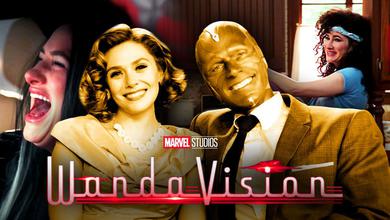 For the first time in what feels like forever, Marvel Studios is picking up steam and getting back to production and promotion for a number of major projects. In the last few days alone, news has broken regarding the new directors for Ms. Marvel, the lead role in She-Hulk being cast, and filming resuming for The Falcon and the Winter Soldier. All of that happened, and the headliner for the MCU was still the release of the WandaVision trailer.

As the first new MCU footage released to fans since early in 2020, the WandaVision trailer has been the talk of the entire entertainment world, especially considering the series will arrive no later than December. Even with society still in a strange state, including traffic online for videos and the like being much lower than normal, the new trailer still hit the mark with MCU fans everywhere, and data has just been released that proves it.

According to a new report from Deadline, the first full trailer for WandaVision racked up a staggering 53 million views online after its premiere at the Emmys. This is believed to be the highest view count ever for an ad spot from any streaming service.

When it comes down to it, this shouldn’t be a shock to those who have followed Marvel Studios’ history, specifically in terms of trailer views. This is the company that has eight of the top 20 most-viewed trailers of all-time, with the entire top three consisting of two trailers for Avengers: Endgame and one for Avengers: Infinity War.

Even in the worst-viewed Emmys in a long time, and in a year where all numbers from the movie industry are at their lowest in recent memory, the first trailer for WandaVision still managed to gain the same numbers that Marvel Studios put up pre-pandemic, which are always in line with the biggest film and tv releases of any given year. The series was trending almost immediately on Twitter when it dropped, and it was near the top of the charts on every social media outlet as well.

On top of the fact that WandaVision was already one of the most anticipated Marvel Studios projects for the near future, this is the first new footage from the MCU since March. Fans are chomping at the bit for the mega-franchise to make its grand return, and this trailer did exactly what it needed to do to put the MCU back in the spotlight.

WandaVision has completed nearly all production in preparation for a rumored release on Disney+ over Thanksgiving weekend 2020.