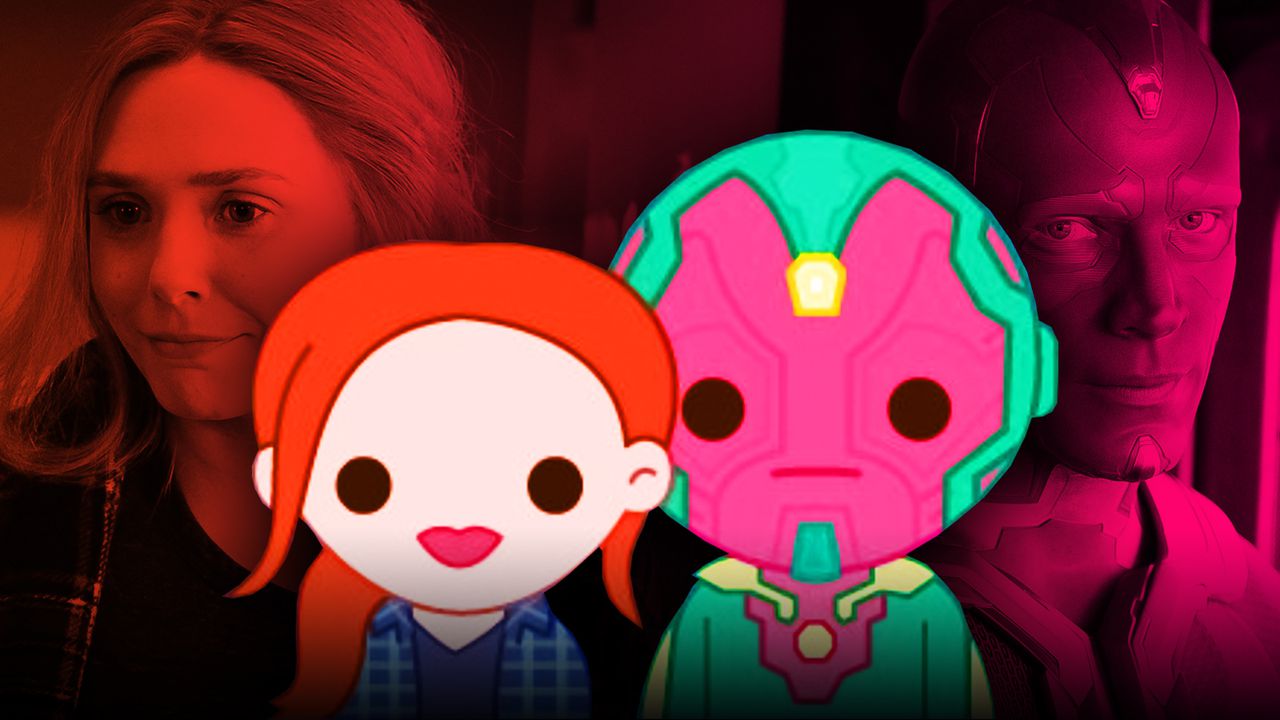 Marvel Studios is on its way to a wild ending to Season 1 of WandaVision after all the reveals that came in Episode 7, entitled "Breaking the Fourth Wall."

This third-to-last entry of Marvel's debut Disney+ show fully embraced the semi-modern era of sitcoms like The Office and Modern Family while pushing the plot of WandaVision to new heights along the way. Through the course of one episode, the MCU found a way to house an origin story for Teyonah Parris' Monica Rambeau and a full-fledged villain reveal for Kathryn Hahn's Agatha Harkness.

Thanks to all the action and drama Elizabeth Olsen, Paul Bettany and crew have brought for the last six weeks, social media has been buzzing on a consistent basis with every game-changing plot point. This continues to be the case with the newest update after "Episode 7."

After Episode 7 of WandaVision premiered on Disney+, Twitter officially updated its emojis for each of the leading characters. The progression of changes throughout the season can be seen below, and all were made by Twitter user @100soft.

WandaVision emojis from "Episode 7" feature Wanda and Vision together, Wanda alone, Vision alone, and Agnes. Vision's smile is noticeably absent in both of his images after his world is crumbling around him.

WandaVision emojis from "Episode 3" featuring Wanda and Vision as a couple, both characters alone, and Agnes winking, clearly referencing her wink to Vision before she left to tend to her macramé.

WandaVision Episode 4 emojis featuring Jimmy Woo, Darcy Lewis, and Monica Rambeau. This was the show's first episode that focused solely on what's happening outside Westview in the real world.

WandaVision emojis from "Episode 5" featuring Wanda and Vision as a couple, both alone, and Agnes. All of them are decked out in their 1980s Roseanne-inspired outfits.

WandaVision emojis from "Episode 6" featuring Wanda and Vision as a couple, both alone, Agnes, and Evan Peters' Pietro. Pietro is in his outfit from the end of "Episode 5" while the three others are in their Halloween costumes. Marvel didn't exactly hide Agnes' real identity as a witch here.

THE EVOLUTION OF WANDAVISION'S EMOJIS

Twitter has done a fantastic job throughout WandaVision's run at giving fans their interpretation of the show's lead characters as they've evolved in every episode. The social media giant has given hints of Wanda, Vision, and Agnes' costumes from every era of American TV sitcoms to help fans stay up to date as they continue with each new part of the story.

The future of these emojis will be quite interesting to follow along with, given that the last two episodes will potentially be much more real-world-focused than any of their predecessors. Wanda's reality is clearly crumbling around her by the moment, and with Agatha Harkness revealing her true villainous identity, the flood gates are officially open for a wild ride to the finish line.

Episode 7 of WandaVision is now available to stream on Disney+. Episode 8 will premiere on Friday, February 26, 2021.