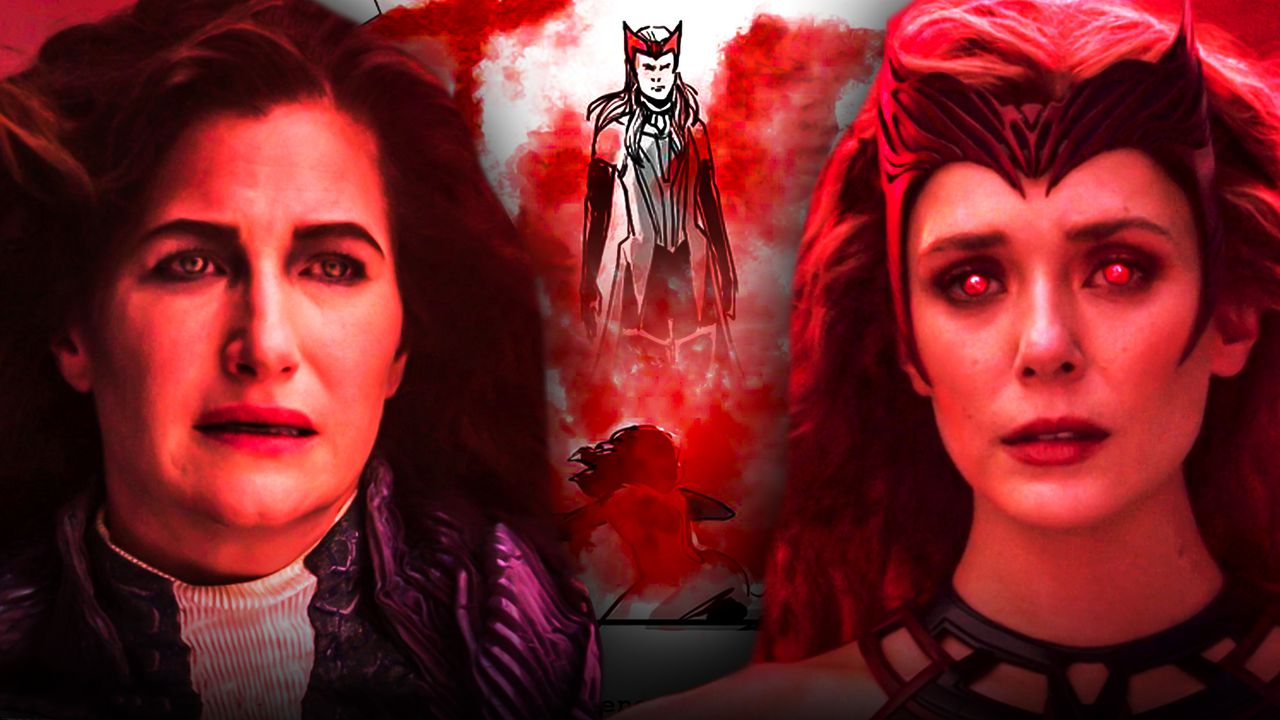 It's hard to believe Marvel Studios' smash hit streaming debut, WandaVision premiered nearly three months ago. It seems like it was yesterday that fans around the world were feverishly speculating on just what was going on with Wanda Maximoff's crazy sitcom world.

In subsequent episodes, viewers obviously got the answers they were looking for, along with the promise that The Scarlet Witch and Vision's storylines will continue in the MCU. Maximoff will next appear in the hotly anticipated Doctor Strange sequel, Doctor Strange and the Multiverse of Madness. As for The Vision, well it's anyone's guess right now. The synthezoid had his memories restored and flew off to who knows where by the series' conclusion.

And speaking of the show's final episode, fans will know that the centerpiece moment was between Elizabeth Olsen's Wanda and Kathryn Hahn's power-stealing witch, Agatha Harkness. Now, a Marvel Studios storyboard artist has given a behind-the-scenes look at that grand finale, as well as some other key moments.

A PEEK BEHIND THE CURTAIN OF WANDAVISION

Storyboard artist Jeremy Simser has taken to Twitter to share a fresh look at some WandaVision storyboards. Check out the images and the scenes they represent below:

This first set of storyboards shows the humorous moment when Wanda, in her idyllic, 1950s sitcom Hex world, levitates dishes and various kitchen items. These would be for the show's very first episode, "Filmed Before a Live Studio Audience"

The second set depicts the notable scene when Maximoff exits the Hex for the first time in "On a Very Special Episode" to confront Director Hayward and SWORD.

This sequence prompted some fans to believe that Wanda was the true villain of the series.

The next collection of storyboards shows the emotional moment of Wanda floating down to visit Vision's corpse at SWORD headquarters.

This, of course, happened in Episode 8 of the series, but the storyboards are labeled as being from Episode 9, which speaks to the somewhat hectic production schedule of the series that led to some things being left on the cutting room floor.

The pivotal moment where Olsen's Wanda Maximoff truly becomes the Scarlet Witch and defeats Kathryn Hahn's Agatha Harkness is shown in storyboard form in this last set. This is also the moment where fans got their first full look at Wanda's new Scarlet Witch outfit.

WHAT'S THE STORY WITH THESE STORYBOARDS

Storyboards are a movie-making staple and just about every major project utilizes them to get a better idea of things like camera movements or the flow of an action scene.

It's always a treat for fans to get a look at storyboards and concept art. It's a great way of seeing where a movie or tv show got started, including things that worked and made it into the finished product and elements that were lacking or unused.

As mentioned above, the next appearance of Elizabeth Olsen's Scarlet Witch will be in Doctor Strange and the Multiverse of Madness which is slated to hit theaters on March 25, 2022.