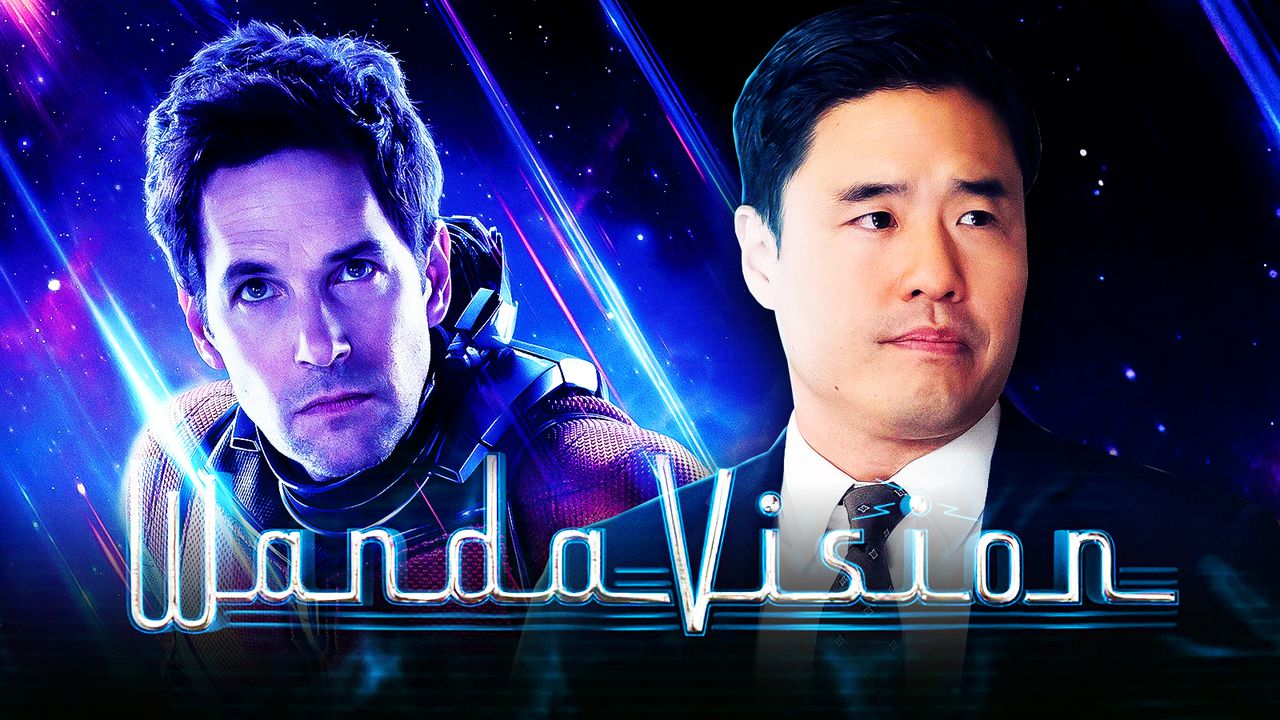 The fourth episode of WandaVision has launched on Disney+ and has certainly flipped the script in terms of the show's premise.

Now focusing on the organization S.W.O.R.D. and how it becomes intertwined with Wanda's sitcom story, "We Interrupt This Program" finally brings in other MCU alumni, including Randall Park's Jimmy Woo and Kat Dennings' Darcy Lewis.

A lot has occurred since we last saw these characters, such as Darcy achieving a doctorate degree. With Dennings and Park both having sitcom experience, the two added a meta-narrative that will surely continue as the series goes on.

A promotional clip released by Marvel Studios teased how Jimmy Woo would impact the story, showing a scene between him and Monica Rambeau. With the episode now out in the open, an interesting Easter egg has been discovered in this sequence...

In "Episode 4" of WandaVision, Monica Rambeau arrives to meet FBI Agent Jimmy Woo outside the barrier of Westview. Upon greeting Rambeau, Woo performs a quick card trick to show his identification.

This is a reference to Ant-Man and The Wasp, where Scott Lang performs multiple card tricks for his daughter, Cassie. After being shown some "up-close magic," Jimmy Woo nervously asks Scott how he achieved the trickery. Woo is later interrupted in his office, watching the same "Online Close-Up Magic University" videos that Scott used.

While Woo fumbled the trick in this moment, he has been able to master the art of the card by the events of WandaVision.

The scene from WandaVision can be viewed below, as shared by @jainassolo on Twitter:

ANT-MAN INVOLVEMENT OR SELF TEACHING?

Jimmy Woo's card trick is a fun callback to his struggles in Ant-Man and The Wasp, in addition to showing how he has developed as a character. Originally nervous and unsure of himself, Woo has come into his own as an FBI agent as reflected by the sheer confidence when accomplishing his card flip.

The question remains though: what went into Jimmy mastering this trick? It is unknown if Jimmy survived the Snap, but it is likely that this is the case. Given that, the FBI agent had a long five years to make sure that his card flip was on point. With no Scott Lang around to aid him as a result of him being stuck in the Quantum realm, Jimmy was left with nothing more than "Online Close-Up Magic University" videos and sheer willpower to pull this off.

Luckily for him, it did. It remains to be seen what other tricks Jimmy Woo has up his sleeve, but his introduction in "Episode 4" signals that there will be much more to come.

"Episode 4 - We Interrupt This Program" of WandaVision is available now on Disney+.