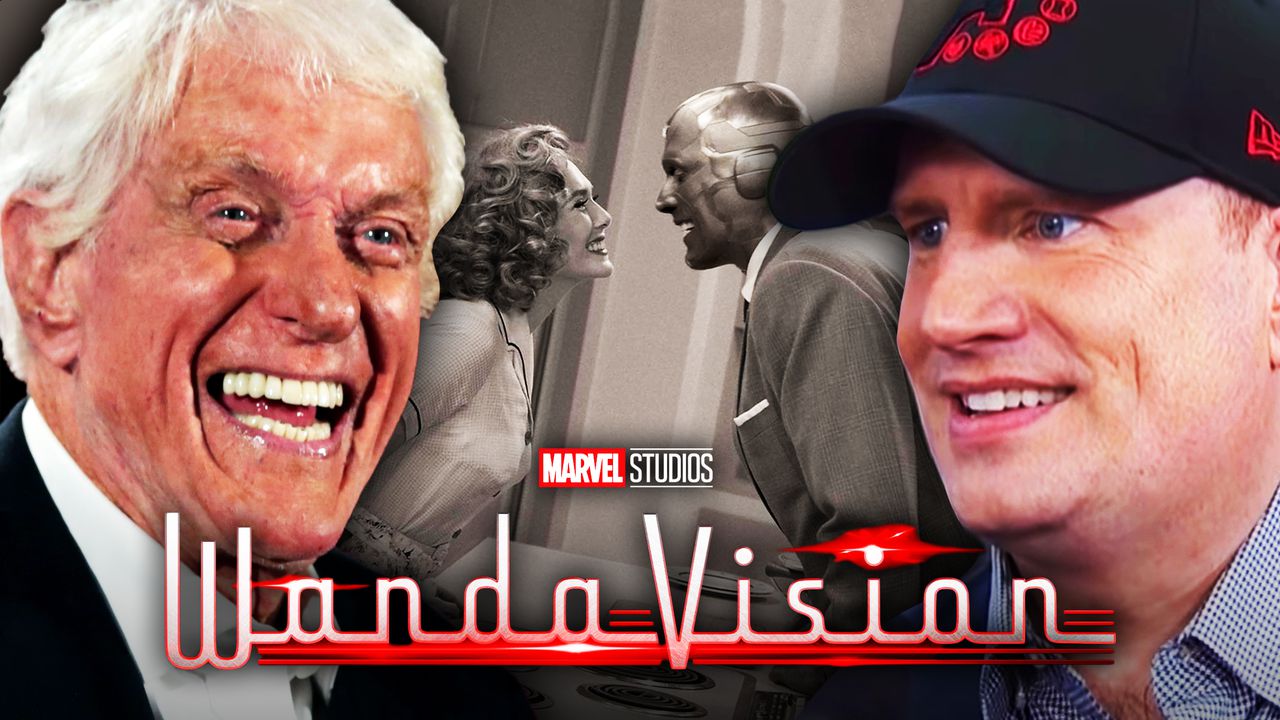 Entertainment Weekly released their latest issue this month, which focused on WandaVision. Along with multiple interviews with the cast and crew, they released several official images showing Wanda, Vision, and Kathryn Hahn's nosy neighbor character.

Throughout this exposé on the upcoming Disney streaming show, it was finally confirmed that parts of WandaVision were shot in front of a live studio audience, Marvel Studios was "taking extra care to ensure the new schedule won't spoil story continuity," and that fans should expect "a wealth of rewards" if they have kept up with all 23 MCU movies.

Another piece of news from this cover story is that Dick Van Dyke himself had a discussion with Marvel Studios about how best to handle the sitcom influences and elements in WandaVision.

It was revealed in Entertainment Weekly that Dick Van Dyke gave Matt Shakman, Jac Schaeffer, and Kevin Feige advice on WandaVision based on his own five-year experience on the CBS television sitcom The Dick Van Dyke Show.

To prep the show’s decade-hopping tone, Shakman and Schaeffer enrolled in sitcom school, immersing themselves in the trappings and styles of all things classic comedy. When possible, they even went straight to the source: Last summer, during Disney’s D23 Expo, Shakman and Feige invited Dick Van Dyke to lunch at Disneyland, peppering him with questions about his five-season run as Rob Petrie.

In Shakman and Schaeffer's discussion with the actor, Dick Van Dyke explained what made the comedy in his time as Rob Petrie work based upon the established reality within the show. As told by Shakman:

[The Dick Van Dyke Show] can be very broad with silly physical-comedy gags, and yet it never feels false, and I wondered how they did that...His answer was really simple: He basically said that if it couldn’t happen in real life, it couldn’t happen on the show.

To immerse the cast and crew even closer to the sitcoms of old, WandaVision was partly filmed on Blondie Street at the Warner Bros. Ranch in Burbank, which is where sitcom sets from Father Knows Best, The Partridge Family, and Bewitched remain.

It is also where Matt Shakman had filmed parts of Just the Ten of Us as the character J.R. in the 80s. Shakman described the experience as being "...surrounded by these ghosts of television past — including my own ghosts." This setting further helped give WandaVision a sense of "fakeness," according to the director.

I had been there as a kid, and [it] was deeply moving to me that here we were doing something many, many years later. You can’t find a real street that feels like Blondie Street. You need it to have that weird sense of fakeness.

Kevin Feige and the rest of Marvel Studios are going all out in their painstaking attempt at replicating the feeling and tone of classic sitcoms over the many decades of television. What sticks out, in particular, is Matt Shakman's use of the word "fakeness" and how that would be an intentional part of the sitcom segments in WandaVision.

This element of "fakeness" in WandaVision makes sense since this whole world is meant to have been constructed by Wanda to avoid her terribly miserable reality. It will be interesting to see how this "fakeness" bleeds into the show itself, how it will be utilized within the story, and its effect on the characters.