While Natalie Portman's Jane Foster/Mighty Thor stole much of the show in Thor: Love and Thunder, the original God of Thunder certainly didn't disappoint either. Continuing the trend set in previous films, Chris Hemsworth's Thor Odinnson stormed into battle in a new outfit truly worthy of the son of Odin.

Thor's appearance has changed a great deal over the course of the MCU, keeping pace with the change in direction the character underwent in Thor: Ragnarok. With each new adventure, Thor dons an outfit that matches both his setting and temperament while also evoking memories of classic looks from the comics.

Some new insight from Marvel Studios designers has come out, revealing a deeper look at how Thor came to wear his flashiest outfit yet.

"Insecure Thor" Pulls From the Thunderer's Past

When The Direct attended Thor: Love and Thunder's behind-the-scenes presentation on Friday at D23 Expo, Marvel Studios Director of Visual Development Andy Park spun the tale of the inspiration for Thor's new look and how it gained the internal name, "Insecure Thor." 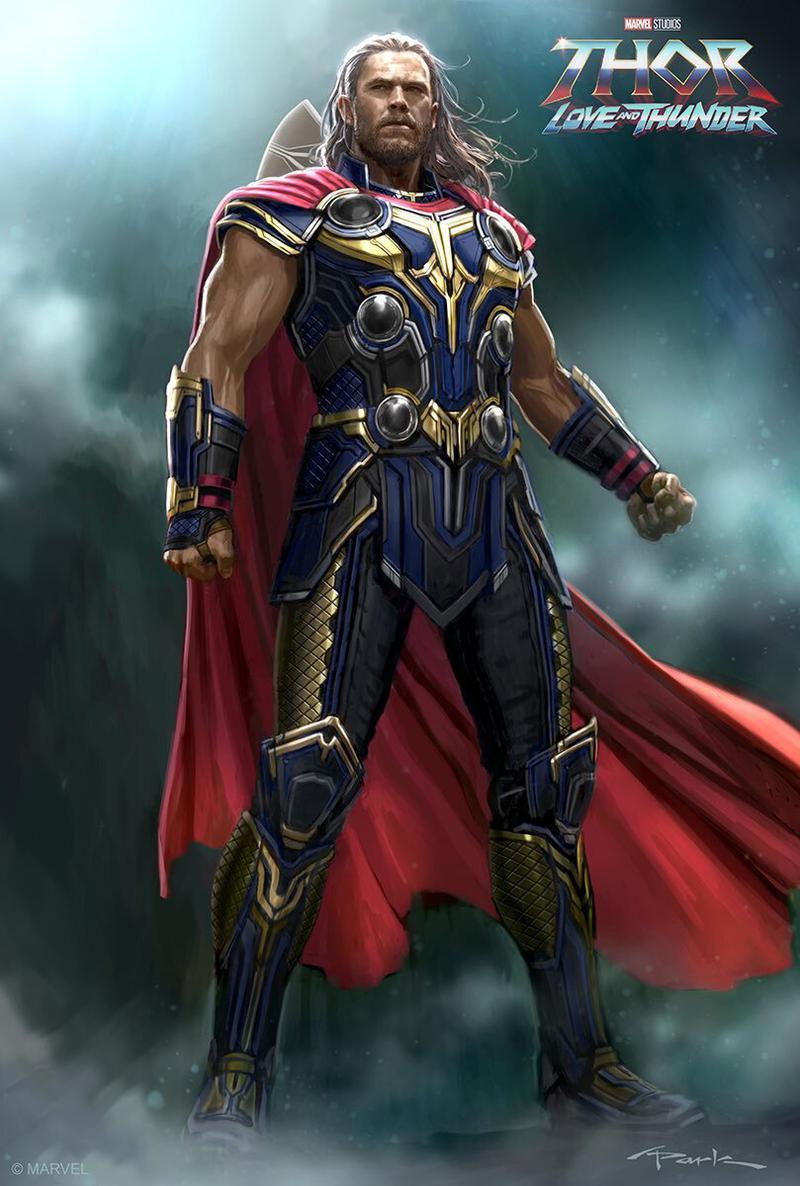 Speaking on the process of designing Thor's newest suit, Park described the Love and Thunder costume as "the craziest costume of all the versions." Whereas the early suits "were very regal" and Ragnarok's was a "more real world, toned down look," the new costume was specifically designed to be "the most extreme one yet." 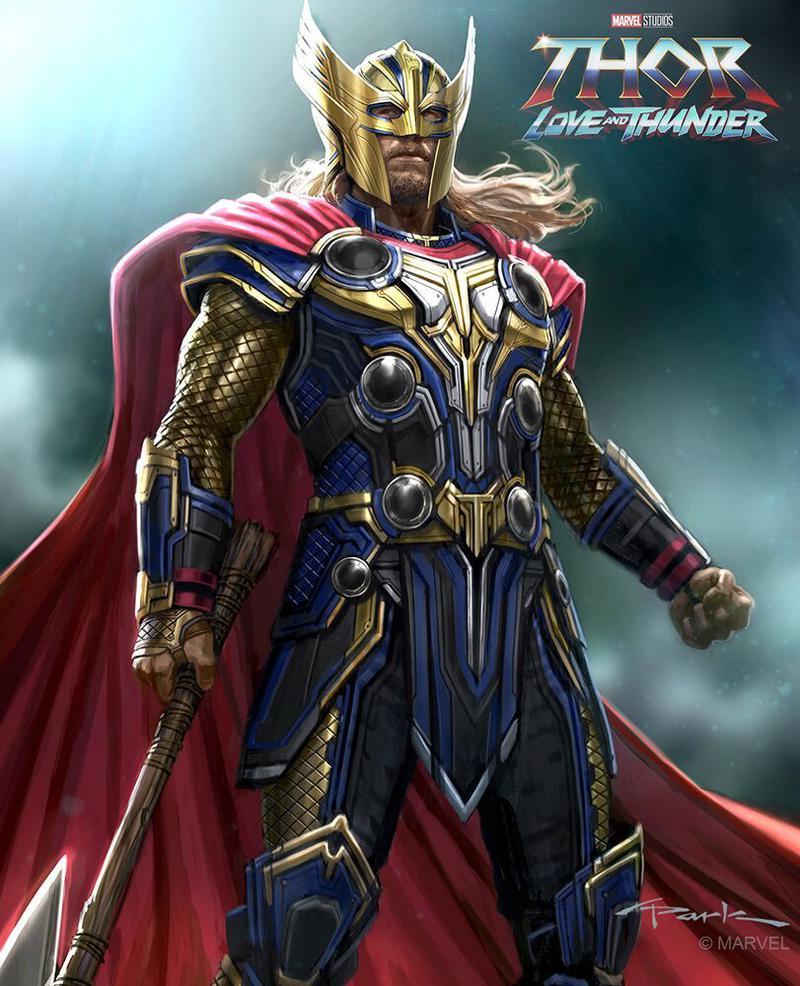 The new suit, according to Park, drew inspiration from "the God armor that [Thor] had in the '80s."

"So this one was kind of based off of the Walt Simonson Thor Battle armor. The God armor that he had in the ’80s. Those are the years I grew up reading Marvel Comics in the ’80s." 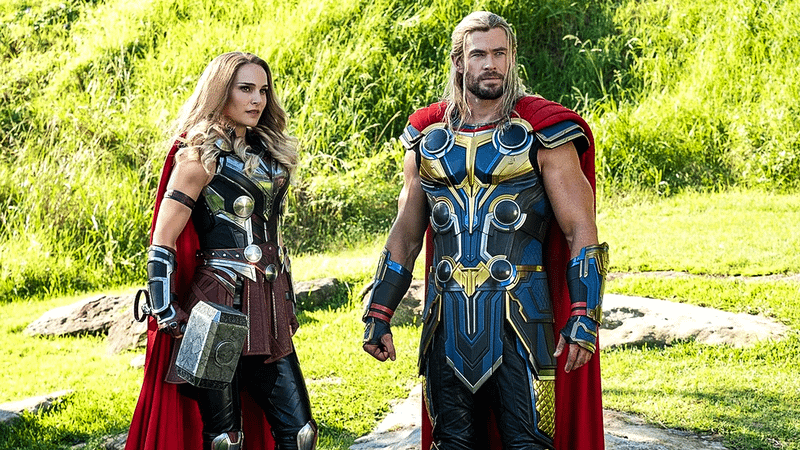 The question in designing the character's new clothes became "how much gold can we put on him? How much metal can we put on him?" In contrast to Natalie Portman's suit that heavily echoed the early MCU Thor suits (with several nods to her comic inspiration, of course), Hemsworth's costume required "going as extreme as possible." 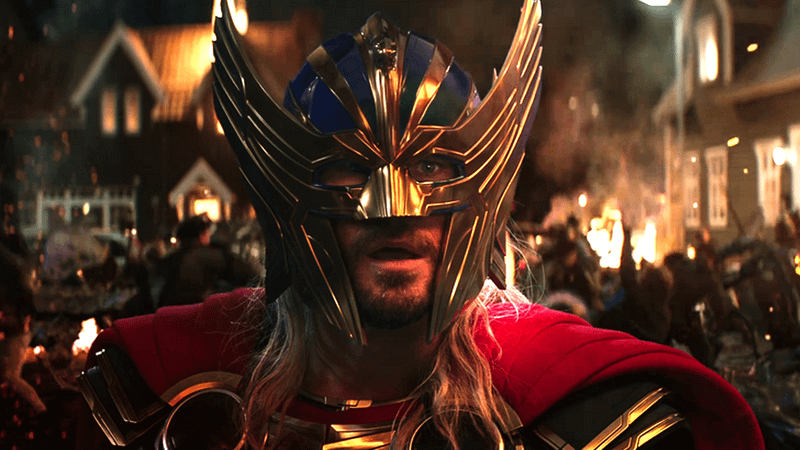 The final result, especially when helmeted, was also heavily evocative of Thor's father Odin. When working on the design, Park "coined it the insecure Thor."

"It’s not official, but I coined it the insecure Thor… So even when you save the files in Photoshop, I always title that Insecure Thor. So that helped me as a concept designer to come up with the decisions that I made when I was making like every decision, like ’How many gold pieces can I put on him? How many disks can I put on him?’"

Thor's story in the MCU has always been about finding and embracing the path that most fits who he wanted to be. It's a story of a man finding the most authentic version of himself while battling trauma that'd be difficult to fathom.

The result—in recent films at least—is a character that's become significantly more human and therefore significantly more relatable. While early portrayals were quite accurate to many comic depictions of the hero in both look and mannerisms, it was often difficult for audiences to engage with and relate to what Tony Stark called "Shakespeare in the park."

"Insecure Thor" represents a key step in Thor's transformation from a caricature into a fully fleshed-out character who struggles with very human problems. Who doesn't grapple with insecurity? Who doesn't compare themselves to others and occasionally finds themselves wanting? Though he might be divine, Thor has certainly become one of the MCU's most human characters.

Perhaps, ultimately, Thor's ostentatious outfit served as a final wall put up against that humanity. In opening up to Jane and accepting her agency in deciding her fate, Thor has completed his journey of self-discovery. It's impossible to tell what the future now holds for the God of Thunder, but whatever it is, it's bound to be exciting.

The Assembled documentary about the making of Thor: Love and Thunder is available now, only on Disney+.