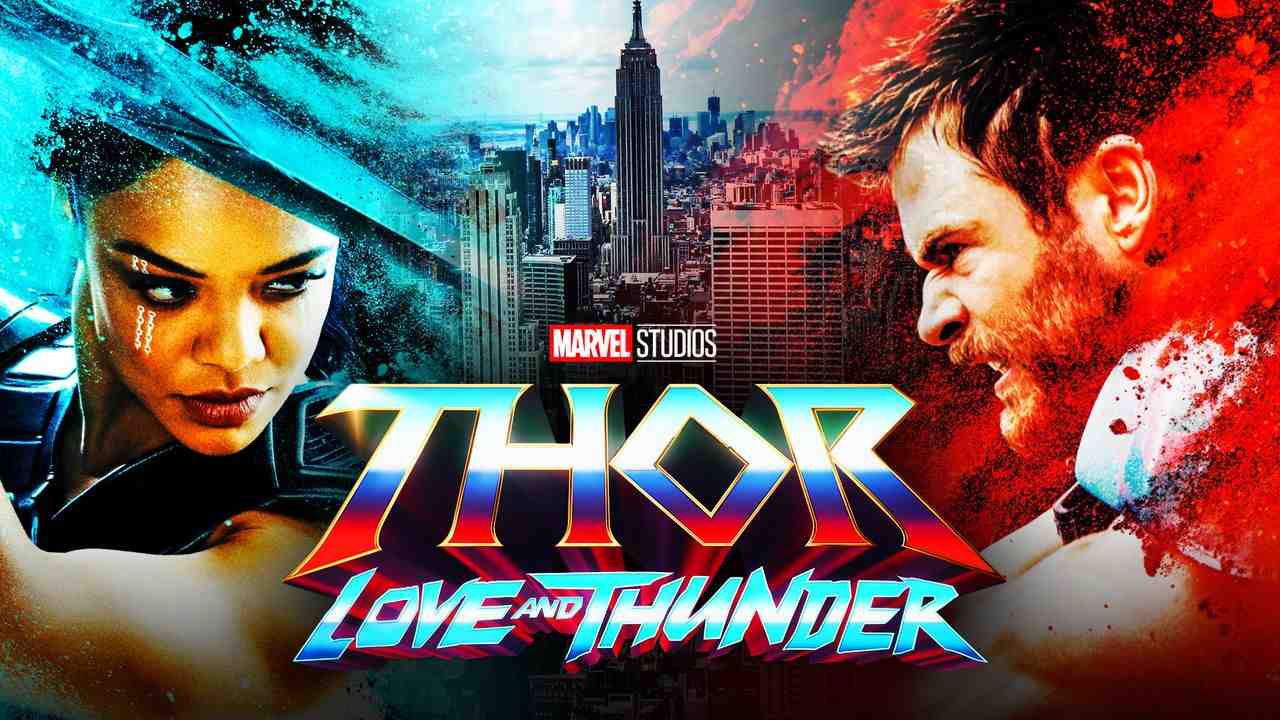 Thor: Love and Thunder is one of the most anticipated MCU movies in Phase 4, especially after it was reported that the film will have an “ Avengers 5 feel.”

Directed by Taika Waititi, the fourth installment of the Thor franchise will showcase the return of Chris Hemsworth's Marvel hero alongside returning favorites such as Natalie Portman's Jane Foster and Tessa Thompson's Valkryie aka the Queen of New Asgard.

The film will also feature a plethora of galactic characters such as the Guardians of the Galaxy, Russell Crowe's Zeus , and the dangerous villain known as Gorr the God Butcher who will be played by Christian Bale .

Plot details are still being kept under wraps for Love and Thunder , but the narrative points to Thor returning to Earth at some point to help out New Asgard. The God of Thunder was last seen joining the Guardians for a space-hopping adventure, but it looks like something major will happen that will force the Avenger to come back to his second home.

Now, new evidence suggests that New Asgard will not be the only location that Thor will visit during his return to Earth.

Murphy's Multiverse shared in a report that the production on Thor: Love and Thunder will relocate from its Sydney, Australia base to shoot more scenes in New York City this summer.

The outlet mentioned that “some of the cast and crew” will head to the Big Apple for one week's worth of filming, but details of what the additional photography will cover are still hidden.

A POTENTIAL AVENGERS CAMEO FOR THOR 4?

Taika Waititi recently confirmed that filming for Thor: Love and Thunder will wrap soon, but this new rumor indicates that Waititi's remarks were only referring to the principal photography of the Chris Hemsworth-led sequel.

This development isn't surprising considering that reshoots have been a tradition for Marvel Studios. Moreover, the inclusion of more scenes from New York could hint at the ever-changing plans of the MCU.

Phase 4 is filled with fresh storylines and new characters, and it's possible that Thor will encounter one of the heroes in a potential post-credits scene. This New York sequence could also tease the current state of the Avengers, and a cameo from Sam Wilson's Captain America could serve as a surprising tease for what's to come.

It is currently unknown if Tom Hiddleston's Loki will show up in Love and Thunder , but it makes narrative sense for the God of Mischief to do so due to his major ties to the Thor franchise. This means that multiverse shenanigans could be involved in the film's storyline, and a visit to New York will likely include an appearance from Benedict Cumberbatch's Doctor Strange.

If this is the case, this should further amplify the notion that the multiverse is the connecting thread of Phase 4 with Love and Thunder joining WandaVision, Spider-Man: No Way Home , and Doctor Strange in the Multiverse of Madness in alternate reality affairs.

This is pure speculation at this point, but it looks like Love and Thunder is shaping up to be a bigger film than expected.