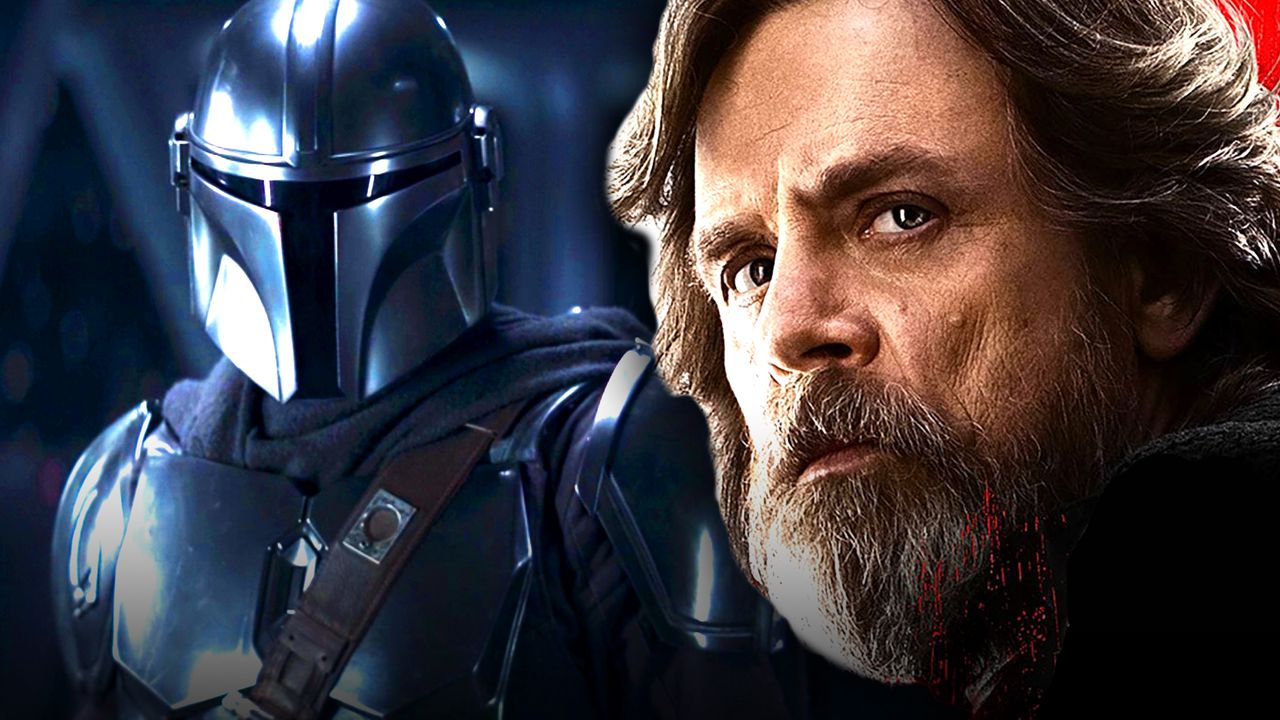 The Mandalorian successfully ended its sophomore run in an unexpected fashion by introducing a brand new canvas of storytelling for the show to tackle moving forward. The finale managed to expand the scope of The Mandalorian by connecting the show to the larger Star Wars narrative, and all of this was made possible by the surprise appearance of Luke Skywalker.

The main focus of the storyline of Season 2 is for Mando to bring Grogu to a Jedi, and the journey of the runaway duo wasn't easy throughout. From meeting iconic Star Wars characters such as Bo-Katan and Ahsoka Tano to eventually being captured by Moff Gideon, the core protagonists of The Mandalorian went through a lot to succeed with their goal.

During the high-stakes finale, Moff Gideon was almost successful in thwarting the reunion of Mando and The Child, but the duo was saved by the unexpected arrival of Luke in the final moments. And now, one of the co-creators of The Mandalorian has opened up about the shocking inclusion of the fan-favorite Jedi.

In an interview with Good Morning America, The Mandalorian showrunner Jon Favreau shared interesting tidbits about the mind-blowing cameo of Mark Hamill's Luke Skywalker during the Season 2 finale of the show. Favreau revealed that “it was very tricky” to keep Luke's appearance a secret while also admitting that the crew was “scared” that the surprise cameo will leak.

The Iron Man director then confirmed that Hamill was present during the filming of the finale, pointing out that the visual effects team worked tirelessly to “try to make him look as much as he did in the old films."

"It was very tricky because it's very hard to keep a secret nowadays, especially with Star Wars because people are so curious about it.  And there's so many people involved with the process, with visual effects, finishing, making it, filming it, the studio, everything. Every piece of casting leaked. We were so scared right up 'til it aired that our surprise cameo was gonna leak too. But we started off the whole series with the Baby Yoda reveal, with the Grogu reveal...That was a secret that everybody was really blown away by and part of that is not telling too many people, not having merchandise that's being tooled up and announced, all that kind of thing. And then to have the very last episode to have Mark Hamill actually on set filming, and us using whatever technology we have to de-age him and try to make him look as much like he did in the old films..."

The full interview can be watched below.

FULL INTERVIEW: #TheMandalorian creator @Jon_Favreau show talks about the surprise scene after the credits of the show and what it means. https://t.co/H7U6vv1p9z

Favreau's comments echoed the previous remarks of Hamill about keeping Luke's appearance a secret in The Mandalorian. Given that, it's safe to say that the hard work of the cast and crew was worth it due to the positive reception from fans and critics.

In addition, the fact that nothing leaked even though Hamill was confirmed to be present while filming is impressive in its own right. This goes to show that Lucasfilm is strict in implementing certain guidelines in order to preserve spoiler-heavy reveals.

However, The Mandalorian still had its fair share of leaked casting reports in the past months like Timothy Olyphant as Cobb Vanth and Rosario Dawson as Ahsoka Tano. As a result, fans already expected their inclusion, but the approach on how they were used in the narrative is a different story altogether. If anything, it's a good thing that Luke's cameo didn't leak beforehand else the genuine reaction from viewers would not have surfaced online.

The age of social media presents a challenge for filmmakers to hide massive spoilers for their upcoming projects. For example, during the release of the previous two Avengers films, the Russo brothers and the rest of the cast worked hard to remind fans not to spoil any big reveal on social media, and this movement even led to the concurrent release of Endgame in theaters worldwide.

All in all, it's fascinating to hear that Hamill's involvement was kept from the public for over a year. Hopefully, more casting additions will stay that way when Season 3 of The Mandalorian premieres right after The Book of Boba Fett.