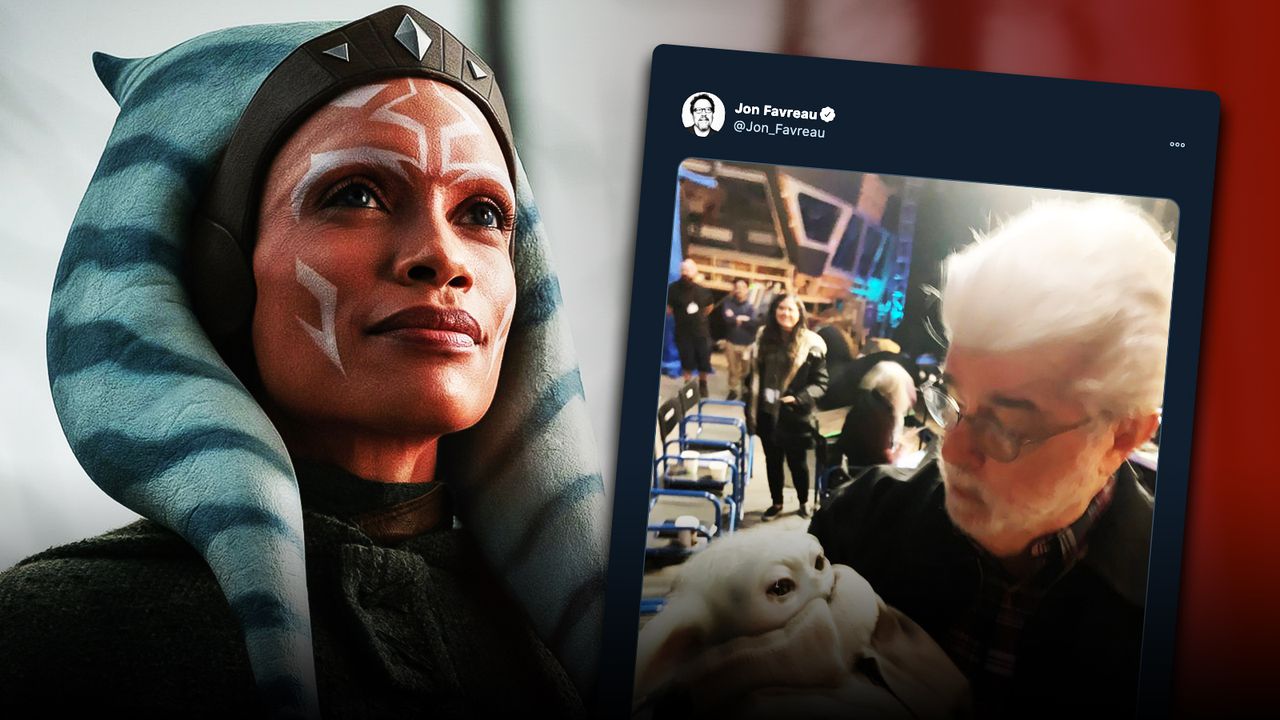 It has been long rumored that Rosario Dawson would have a guest appearance on The Mandalorian as fan-favorite character Ahsoka Tano, first introduced in Dave Filoni's Star Wars: The Clone Wars. Even more, rumors emerged that this guest appearance would lead to her own spin-off show, which may be in early development.

The time finally came, and Rosario Dawson debuted as Anakin Skywalker's padawan in the episode "Chapter 13 - The Jedi" on The Mandalorian. Fans began over-analyzing her design, comparing it to her slow progression in the cartoons to her final live-action debut, and even wondered what would be next for the character. However, in particular, two fans were rather star-struck seeing Ahsoka Tano brought into live-action: George Lucas and Dave Filoni.

In Vanity Fair's interview with actress Rosario Dawson, it was revealed that the famous photo of George Lucas holding Baby Yoda, now known as Grogu, was actually taken when Rosario Dawson was on set as Ahsoka in full make-up and costume, but just out of frame.

“I actually got to be there on the day that there's that photo. Someone took a picture of George Lucas holding Baby Yoda. I'm still calling him Baby Yoda—Grogu! I was there that day. I was all dressed up, I was just off to the side of that photo, all done up as Ahsoka. And I remember it broke the internet when that picture came out. It was just an amazing, amazing moment, and we were all beside ourselves. It was definitely very geek-out.”

Dawson further discussed her relationship with not only George Lucas on set, but Dave Filoni too, describing them as “looking at their imaginations come to life” when she was on set as Ahsoka:

“I was definitely nerve-wracked, and it was great to be there with him and Dave. I mean, it's a lot of pressure. But it was also really fun. Both of them were looking at me but they weren't, you know what I mean? They were looking at their imaginations come to life.”

It's so funny to imagine Rosario Dawson just out of frame in that ludicrously popular Twitter post of George Lucas holding Baby Yoda, as if that photo could have exploded even more than it already did with Star Wars fans. It's also sweet to hear about the reactions from George Lucas and Dave Filoni to seeing Rosario Dawson in full make-up and costume as Ahsoka Tano, a character they both created together over a decade ago. Almost like two children, as Dawson herself described it, “looking at their imaginations come to life.”

Where Rosario Dawson's Ahsoka Tano will appear next is any fan's guess, but rumors range from her starring alongside Ewan McGregor in the upcoming Obi-Wan Kenobi series. The Direct did report that Rosario Dawson's contract for the role of Ahsoka Tano was a multi-show deal, meaning she could frankly show up anywhere in the future, whether fans see it coming or not. 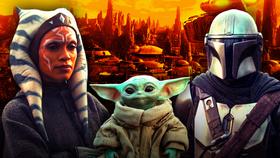 The Mandalorian Characters, Including Ahsoka, Rumored To Join Disney Parks