The Avengers: Executives Speak On Shang-Chi/Mandarin Post-Credits Scene That Never Was

Marvel Studios' Phase Four film slate announcement garnered huge amounts of fan anticipation. Aside from including sequels for some familiar favorites, Marvel Studios is promising to introduce exciting new characters through films like The Eternals and Shang-Chi , with Shang-Chi introducing a large Asian-led cast of characters.

Though Marvel Studios has had a friendly relationship with China and the Chinese film market over the last decade, going so far as to create a different cut of Iron Man 3 exclusively for Chinese audiences , the film franchise only recently introduced plans to debut an Asian superhero/super villain, and a new book from a former film executive sheds some more light as to why. 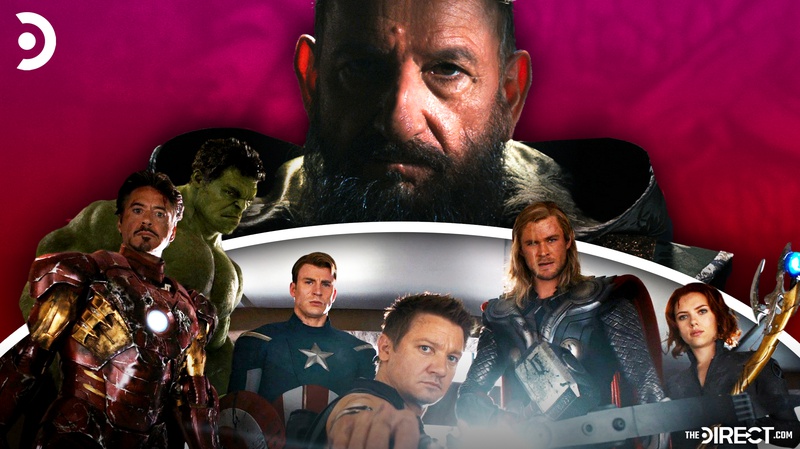 Chris Fenton, former president of the Chinese-based production company DMG Entertainment Motion Picture Group, wrote a tell-all book titled Feeding the Dragon . Bleeding Cool reported on a particular chapter of the book, in which Chris Fenton details his history with getting American films into China, including an interesting experience with Marvel Studios.

Fenton detailed an interaction he had with former Marvel Studios Chief Operating Officer Tim Connors. The two were attempting to strike a deal to include a teaser at the end of The Avengers exclusively for Chinese markets, which would have teased either Shang-Chi or The Mandarin. According to Fenton:

The development team in Beijing felt Shang-Chi was the safer role to promote since he was a "good guy" and a hero, while The Mandarin was clearly a nemesis to Iron Man. Strictly thinking about how the "Ministry of Propaganda," which reports directly to the Politburo, would view it, you always wanted the Chinese character to be a good guy or a hero, not a villain.

A Marvel antagonist like The Mandarin was risky. It posed a high-stakes gamble, not just for us, but also for Disney and Marvel. If it backfired, it could prohibit a release of the film in China. Even worse, it could prevent both studios from gaining any traction in China for other films coming later. Worst case, a temporary blackballing…  For us, the wrong use of a character like The Mandarin could shut DMG down forever.

Chris Fenton then suggests that Marvel Studios began pushing for using The Mandarin in the teaser, because Marvel was only "...looking to make the most globally entertaining and profitable film possible. Thinking first about China was not their priority." Even though the Mandarin promised "a super-complex, yet flawed character full of surprises," DMG eventually opted not to proceed with the use of The Mandarin due to the Chinese State Administration's negative response to the villain.

Fenton went back to Marvel and Connors about their decision, which led to this conversation:

"The Mandarin scares the shit out of us."

"He is way too controversial for Chinese censors."

"Because The Mandarin looks and acts like the stereotypically derogatory Chinese man. Not only does he have a long spiny beard that he's constantly straightening with his fingers, but he also regularly speaks in uber-'Chinglish,' constantly saying Chinese-cliché types of proverbs," I explained.

"You don't know that for sure."

"That's what scares me more," I responded. "So that leads me to ask…if you wanted us to tease The Mandarin in the end crawl of The Avengers, does that mean Marvel is definitely using him in Iron Man 3?"

"Ask yourself this, then. If Marvel does use him, could he be a Red Dawn kind of antagonist that gets us all banned from China?"

"Don't be so dramatic," Tim responded. "Besides, creative won't tell me anything, and the script hasn't been completed yet anyway."

"I wish I wasn't being dramatic."

The Mandarin was going to be in Iron Man 3.

There's a ton of interesting information in this. First, it was Marvel Studios' plan to include a teaser at the end of The Avengers that would have introduced either The Mandarin or Shang-Chi. While China's cut of Iron Man 3 merely had a few extended scenes of product placement and a well-known Chinese actor, introducing an entirely new Marvel character would have made this teaser a substantially more exciting exclusive feature.

Once it became apparent that Iron Man 3 would use The Mandarin, it looked as if Marvel began pushing for teasing that character for Chinese markets. What's more intriguing is that it seemed as if The Mandarin that would originally be used in this teaser, and possibly in Iron Man 3 , was closer to the comic book version of the character.

It's unclear if whether or not Fenton's pushback led to the Trevor Slattery change, but The Mandarin twist did help reduce the backlash that Marvel may have received by using the traditional version of The Mandarin. Fenton's comments may have helped Marvel Studios allow Iron Man 3 to agree with the unorthodox adaptation of the villain.

Fortunately, it looks like Marvel Studios is headed in a much better direction with their representation of major Asian characters, with a project like Shang-Chi and the Legend of the Ten Rings featuring a large cast of Asian actors led by director Destin Daniel Cretton. While Shang-Chi will feature The Mandarin as a villain, hopefully the film can portray the character with nuance, depth, and complexity, something that may not have happened eight years ago.

Shang-Chi / Shang-Chi and the Legend of the Ten Rings /