Superman Has a New Animation Style in First Trailer for Superman: Man of Tomorrow 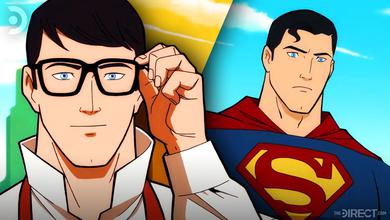 While the DC Extended Universe has had a bit of a rocky start of the silver screen, there's no denying that their animated straight-to-DVD flicks have been incredible.

From Justice League: The Flashpoint Paradox to Batman: Under the Red Hood, DC has been able to do justice by some of their most popular comic storylines through animation. Even dating back to shows like Batman: The Animated Series and Justice League: Unlimited, DC has proven themselves to be the undisputed champion of comic animation.

In an exclusive from IGN, Superman: Man of Tomorrow has debuted its first official trailer. The animated footage showcases Clark Kent in his early days, from a Smallville farm boy to eventually donning a homemade version of his iconic caped costume.

Hopes of a Man of Steel 2 remain doubtful, but Superman content lives on.

Superman: Man of Tomorrow seems to be going in a new direction for their story, focusing on Clark's upbringing and adolescence rather than diving straight into the red and blue suit. Fans have seen a young Clark in many different iterations of DC's flagship character, from flashbacks in Man of Steel to most of the early seasons of Smallville. However, the bedsheet cape, bomber jacket, and goggled Kal-El is a first.

Similar to how Tom Holland's Peter Parker rocked a homemade Spidey sweatshirt and mask in Spider-Man: Homecoming, it is appropriate that even the last son of Krypton would have to start somewhere before upgrading his wardrobe to the El family crest (or the Kryptonian symbol of hope? Or is it just an S?).

Adversaries in this flick include the charismatic biker Lobo, the alien Parasite (voiced by Agents of S.H.I.E.L.D.'s Brett Dalton), and what seems to be a friendlier Lex Luthor. Superman will have friends by his side, such as Lois Lane, both Jonathan and Martha (MARTHA!) Kent, and J'onn J'onzz himself, Martian Manhunter.