Rumors about the Ayer Cut of 2016's Suicide Squad has made the rounds all across the internet for years, but recently, DCU fans may have gotten their first look at a new scene from this highly-sought director's cut.

Although it was released in theaters more than six years ago, DC's first Suicide Squad movie is still mired in plenty of controversies. This is largely due to the fact that director David Ayer remains adamant that Warner Bros. completely changed his vision in the editing room, taking away most of the story that he wanted fans to see this team of anti-heroes go through on the big screen.

Recently, Ayer even screened his cut of Suicide Squad for one of the admins running the official Twitter account of the 'Release the Ayer Cut' movement, which was described as a more "mature cut" than what fans originally saw in the canon DCU story.

Now, as cries for the Ayer Cut's release grow louder, fans also have a new look at an addition to the movie that wasn't seen on the big screen back in 2016.

Twitter user @CutAyer shared a 40-second clip from David Ayer's director's cut of Suicide Squad, which hasn't been released to the public yet. 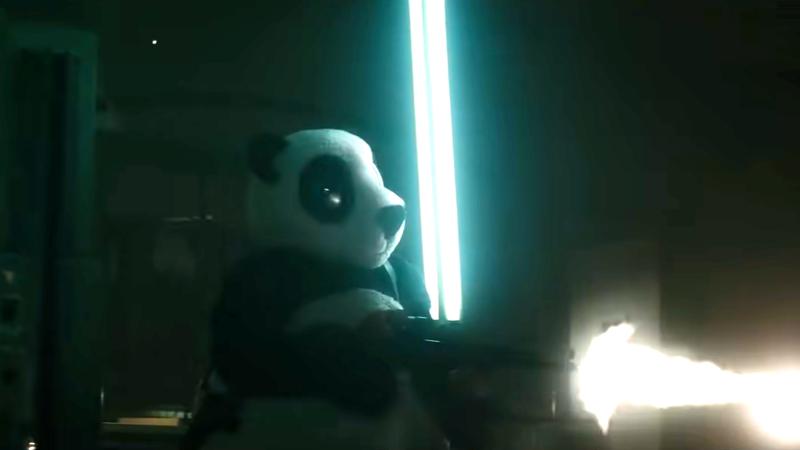 This scene added more to the flashback scene featuring the Joker and Harley Quinn as the Joker's goons invaded Arkham Asylum. While the two leading characters from this scene weren't shown in this new scene, the cut provided much more footage of the flighting sequence from the original cut.

Will the Ayer Cut Ever Be Released?

Even though this footage doesn't include much in terms of the movie's leading characters, the Ayer Cut of Suicide Squad continues to take the spotlight with this deep look into one of the movie's biggest action sequences that were cut. It's only part of the major cut Harley Quinn/Joker plot point that Ayer has discussed on so many occasions, which would have given his take on the Clown Prince of Crime more shine than what he got.

In the final cut of the movie, Jared Leto's Joker only found himself with about 10 minutes of screen time, leaving many fans upset and disappointed that his storyline was so thin and that the villain was so underwhelming. While it's unclear what the rest of the footage holds, it's clear that the nearly half-hour of extra footage would have cleared up most of those questions that still linger.

If and when the Ayer Cut actually is released to the public, more of these kinds of scenes will surely be recognized as viewers wait to see what went wrong with the DCEU's third movie.

Suicide Squad is now available to stream on HBO Max. There are no set plans for the Ayer Cut of Suicide Squad to be released.