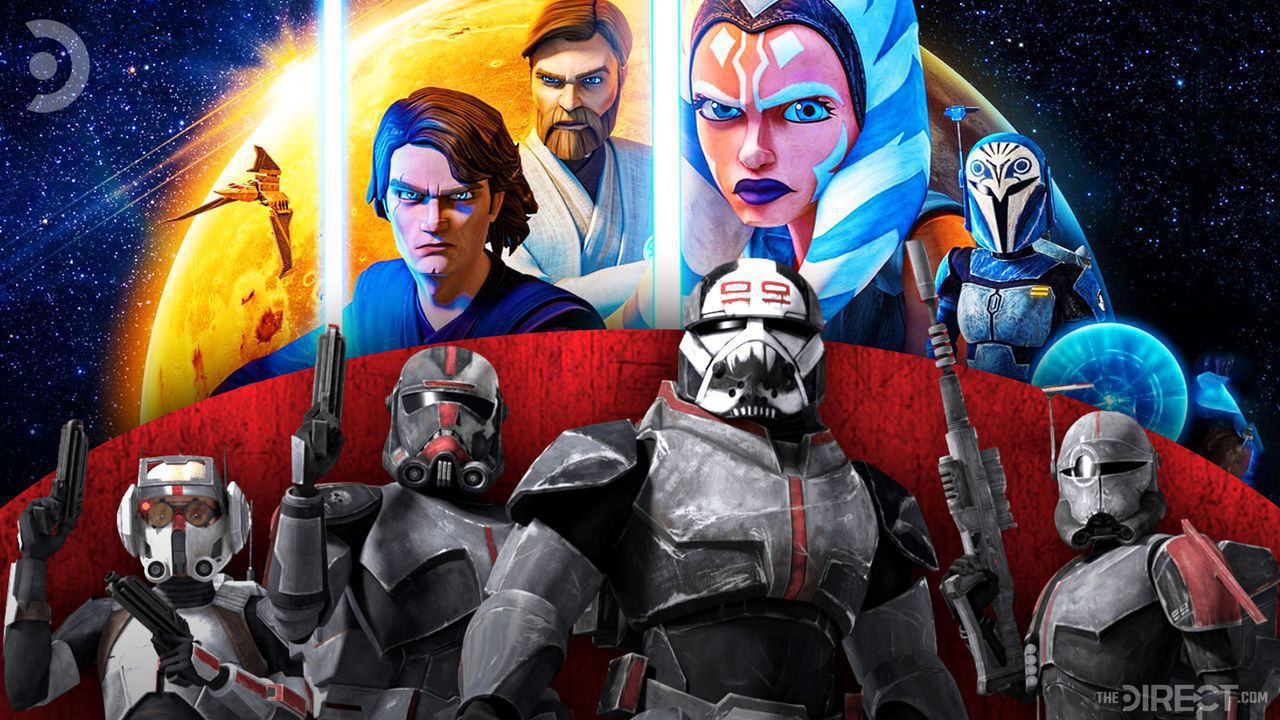 Star Wars surprised everyone when it was officially announced that a new animated series in the form of The Bad Batch will arrive next year. The Bad Batch, otherwise known as Clone Force 99, was introduced during the first set of episodes of the final season of Star Wars: The Clone Wars. The group's members each have a unique skill set due to a genetic mutation, and their debut during Clone Wars clearly made an impression to Star Wars fans.

By the end of the series, the group set off on their own adventure. Little is known about the plot of the series but it's been confirmed from the show's synopsis that it will involve daring mercenary missions. However, a recent tease from a Star Wars veteran may have hinted the overall outlook of the upcoming series.

During a stream on Twitch, Darth Maul voice actor Sam Witwer shared what he knows about the upcoming The Bad Batch Disney+ series. Witwer revealed that the much-anticipated series "looks absolutely beautiful" while also teasing that he knows "where the story begins:"

"I will tell you it looks really really good. It looks absolutely beautiful. The story...at least I know where the story begins for the first several episodes and I was very pleased because it's a little area of Star Wars that has not often been visited. "

Witwer also hinted that the animation of The Bad Batch will be similar to the quality of the final season of Clone Wars, sharing that it is "extraordinary [and] beautiful:"

"It meant getting a lot of people back in there that was previously been at Lucasfilm and moved on when Clone Wars was cancelled. In order to do Clone Wars, you needed a lot of those folks back. What I liked is that they didn't just put all back that together only to let them go again. So what I saw was brilliant, extraordinary beautiful, beautiful, beautiful animation. I won't say what it looks like but I will say this, of the quality of Clone Wars where that bar is set, yes absolutely, totally [it meets it]."

At this point, it's clear that The Bad Batch will continue to deal with the effects of Order 66. Even though Witwer didn't confirm it, there is reason to believe that an appearance from Darth Maul could be in the cards. Based on the actor's comments, it's evident that Witwer knows something about the plot of the show, and there is no denying that an appearance from Darth Maul (even for a cameo) is welcome news for fans.

As evidenced by Witwer's remarks, The Bad Batch will continue the tradition of filling in the gaps of the Star Wars timeline by telling captivating stories through the lens of various characters. In a way, it gives fans something to look forward to while also providing them a chance to dive deeper into how the Bad Batch's arc evolved over time.

The stories behind the animation of the final season of Clone Wars has been well documented, with the show maximizing the use of motion capture. Based on Witwer's exciting comments, it's great to learn that The Bad Batch will follow its predecessor in terms of the top-notch animation style that Clone Wars provided to fans. With the team set to take on dangerous missions, the possibilities are endless on how the series will push the boundaries for animation once more.