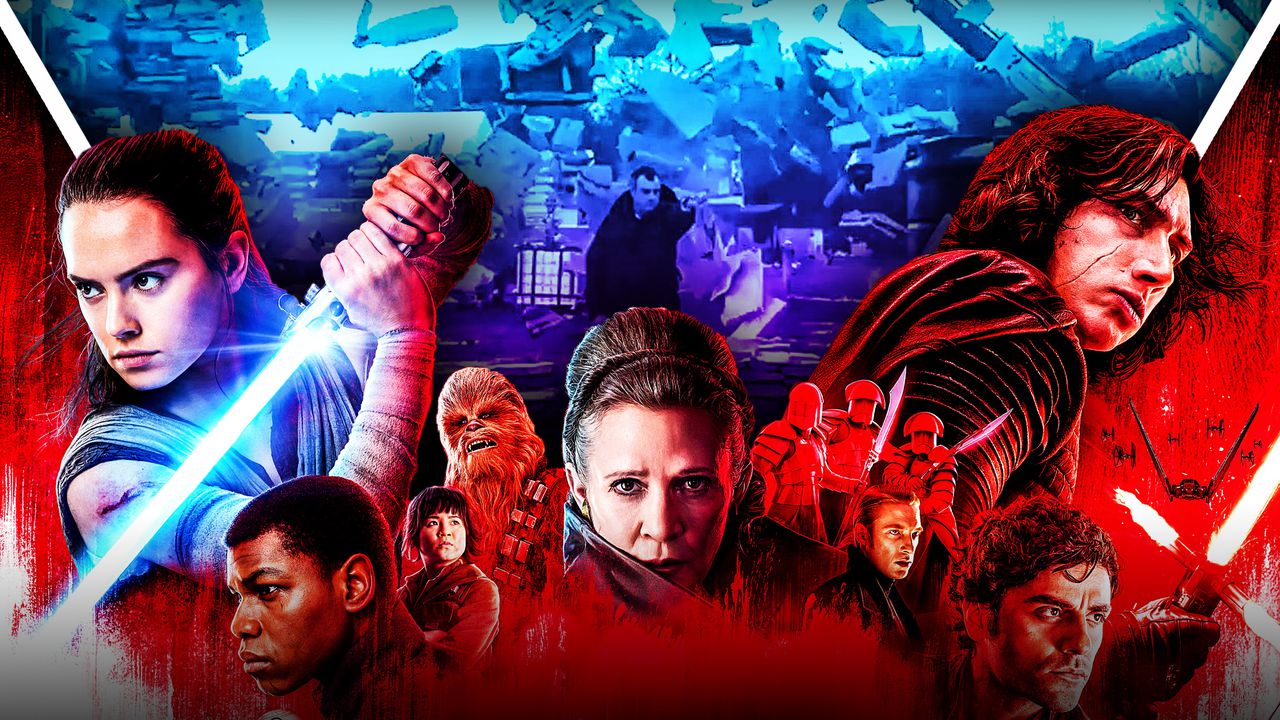 Star Wars Day is upon us. The once-in-a-year extravaganza is filled with exciting treats from Lucasfilm, but the biggest one might be the premiere of Star Wars: The Bad Batch on Disney+. The Clone Wars spinoff has been generating buzz online, and most of the reactions are overwhelmingly positive.

While a good chunk of the attention is focused on The Bad Batch, Star Wars Day would not be complete without the participation of franchise mainstays, ranging from the actors all the way to the directors. Every year, it has been a tradition for everyone who loves Star Wars to recall memorable moments from the famous space epic, may it be onscreen or behind-the-scenes.

Now, several Star Wars directors have taken to social media to celebrate the famous day in their own unique ways.

In celebration of Star Wars Day, Star Wars: The Last Jedi director Rian Johnson shared a new video from the set of the 2017 blockbuster, showcasing an impressive look at the practical effects of the film.

Chris Corbould testing the practical (!!) effect his team created for TLJ. Happy #maythefourthbewithyou to all the incredible technicians who pull stuff like this off over the years, and to the best fans in the galaxy. ❤️ pic.twitter.com/rYd3h1NShm

The video is a test for the scene in which Luke Skywalker destroys the hut in which Rey and Kylo Ren are touching hands on Ahch-To, demonstrating the seamless practical effect of the destruction.

In a separate post, The Mandalorian director Peyton Reed revealed a piece of Star Wars memorabilia from 1978 in the form of a calling card from the original fan club of the galaxy far, far, away.

A little piece of mail I received in 1978 from the original STAR WARS Fan Club. (Spoiler: I became a card-carrying member.)#MayThe4thBeWithYou pic.twitter.com/z3hjtmhIRR

Meanwhile, The Book of Boba Fett executive producer Robert Rodriguez also shared his selfie with Grogu during his directing duties for The Mandalorian.

Whenever Rian Johnson shares anything Star Wars-related, fans are greatly anticipating some kind of announcement about the director's planned trilogy of the franchise. While the Star Wars faithful didn't get it this time, this new video should bolster excitement for a potential project while also showcasing an in-depth look at the special effects of The Last Jedi.

It's worth pointing out that the special effects of The Last Jedi were nominated in the British Academy Film Awards (BAFTA) back in 2018, and this video is a prime example as to why the team received a prestigious nod in the first place.

Meanwhile, Peyton Reed's latest reveal about being an original member of the Star Wars fan club from 1978 goes to show the generational impact of the franchise. It's only fitting that Reed was able to grab the chance of directing a project from the galaxy far, far, away, and his passion and love for Star Wars was ultimately featured during his directing duties in The Mandalorian.

Many would agree that Robert Rodriguez left a lasting impression in his lone The Mandalorian episode, which featured the heart-stopping arrival of Temeura Morrison's Boba Fett capped off by an intense action sequence. With Rodriguez confirmed to return in The Book of Boba Fett as one of the executive producers, there's a strong chance that the upcoming series will show a good amount of powerful moments that should entice Star Wars fans everywhere.

The future of Star Wars is bright, and these directors will definitely help in producing more quality content for the famous space epic.