"It's your father's lightsaber. An elegant weapon, from a more civilized age."

When Obi-Wan Kenobi gifted Luke Skywalker with his father's, Anakin, weapon, audiences of all ages were mesmerized by the blue laser sword. When the Original Trilogy wrapped up, there were only four lightsabers that fans knew of, coming exclusively in red, blue, and green.

The Prequel Trilogy came along over a decade later, and with it came dozens of unique hilts and additional colors. The Clone Wars expanded on these weapons with the introduction of the Darksaber, and the new projects under Disney have offered several unique designs and colors as well. For those having a hard time keeping track, Lucasfilm has put together a book collecting the lightsabers in the Star Wars universe, and we've been given our first look at the upcoming project... 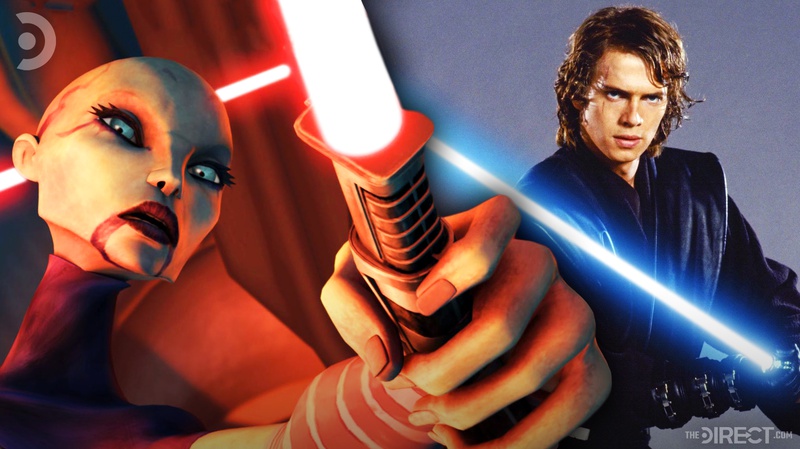 The official Star Wars website released a first look at Star Wars: The Lightsaber Collection , providing images of a few of the featured lightsabers and details regarding the contents of the book. 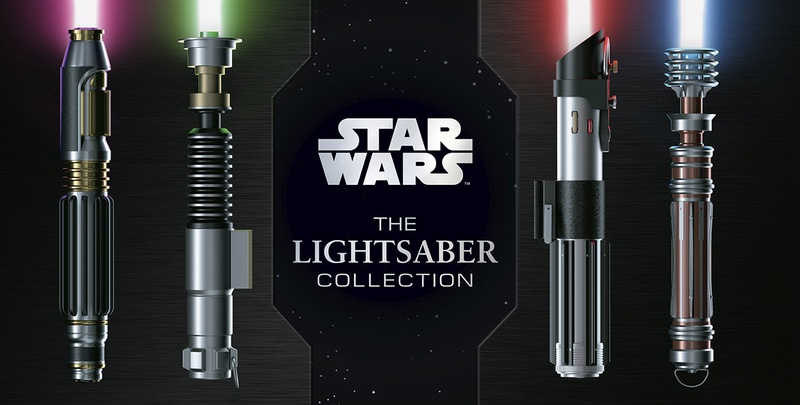 The cover of the book is simple, showing only the title and a small selection of the lightsabers to be seen within. The weapons, belonging to Mace Windu, Luke Skywalker, Darth Vader, and Leia Organa respectively, represent the three main eras of the Skywalker saga and the four primary blade colors.

The first spread revealed goes to most iconic of them all, the one built by none other than Anakin Skywalker. Constructed during the Clone War, this weapon was passed down to Luke and later inherited by Rey. The pages dedicated to the sword of Skywalker discuss the journey of the weapon both on-screen and behind the scenes.

Up next are the dual blades of Count Dooku's personal assassin, Asajj Ventress. As a Separatist military leader, Ventress used these lightsabers as both single blades and a double-bladed staff before they were stolen by rogue Jedi Barriss Offee during the fallen assassin's bounty hunting days. Ventress' spread dives into the character's history and what her weapons say about her as a warrior.

It wouldn't be a lightsaber deep-dive if there weren't pages dedicated to Mace Windu, one of the select few Jedi with a purple blade. The Jedi Master won many battles with this weapon, even defeating Darth Sidious in combat before the lightsaber and its owner's hand were lost in a moment of betrayal. The spread dedicated to this unique weapon details how Samuel L. Jackson convinced George Lucas to give him a purple blade in Attack of the Clones .

The final spread revealed belongs to the Grand Master himself, Yoda. The tiny hilt and blade perfectly complement the weapon's owner, and our little green friend fought gallantly with the lightsaber until losing it in a fruitless duel with Sidious. Although the weapon is smaller than most, size matters not; readers are given the opportunity to get an up-close look at the lightsaber's design and how it functions.

In addition to the pages revealed today, there will be several other popular lightsabers featured in the book, as well as spreads dedicated to the Darksaber and a new blade from The High Republic :

The book will give fans a closer look at the fine craftsmanship of hilts, including Ben Solo’s Jedi lightsaber and Ezra Bridger’s blaster-saber hybrid... and also include the hilts from characters such as Darth Vader, Darth Maul, Obi-Wan Kenobi, Luke Skywalker, Leia Organa, Kylo Ren, Rey, Ahsoka Tano, and many more, including the mysterious Darksaber of Mandalore and a never-before-seen new lightsaber from The High Republic .

Comprehensive guides have always been a hot commodity for Star Wars fans, and an in-depth lightsaber-focused book will certainly be no exception. Unlike most reference books of this nature, The Lightsaber Collection is providing behind the scenes details on the elegant weapons, giving fans a rundown of the weapons' histories from conception.

Many of the lightsabers seen in the films have been analyzed at length for quite some time, but this book allows lesser-known weapons the opportunity to shine. Ben Solo's Jedi weapon was only seen briefly in The Last Jedi and is now available for purchase at Galaxy's Edge, making this book the perfect opportunity to explore the lightsaber further.

With the inclusion of the Darksaber, fans can expect a history lesson on the storied weapon constructed by Tarre Vizsla, and maybe even some hints about it's involvement in The Mandalorian . There will be many new lightsabers to come out of The High Republic , with the one to be featured in this book likely belonging to Avar Kriss, and the era's inclusion in this collection shows the importance of the forthcoming series to Star Wars.

This weapon is your life.