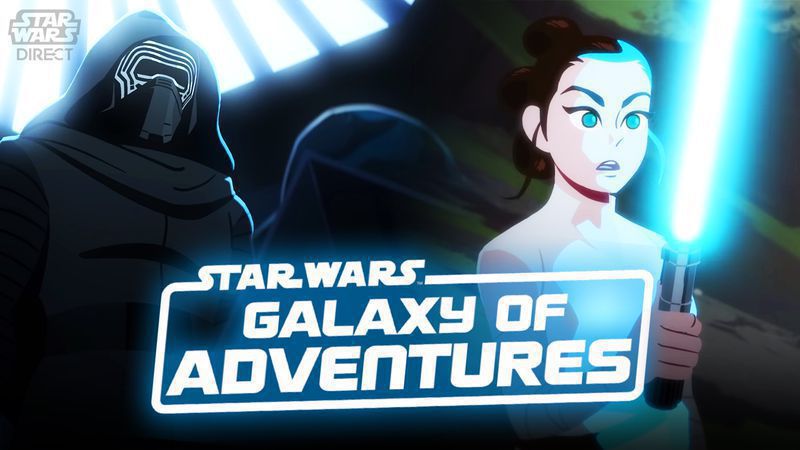 In November 2018, Disney launched a new series of animated Star Wars adventures for kids known as Star Wars: Galaxy of Adventures. The series of bite-sized animations focuses on retelling iconic moments from the film series in a fun and fresh way for younger audiences. The original slate of episodes features characters from the original trilogy such as Luke, Leia and Han Solo and also has dedicated episodes to R2-D2, Boba Fett and Yoda, amongst others.

Galaxy of Adventure released 36 episodes leading up to the premiere of The Rise of Skywalker.

"The Force Calls to Rey" episode takes a look at Rey's journey with the power of the Force beginning with her time on Jakku until she begins to train with Luke Skywalker in The Last Jedi.

"Rey and Friends vs. The First Order" is a fun 80-second adventure showing Rey, Finn, Poe, Chewie and BB-8 stealing a drive from a First Order base and escaping with Stormtroopers in pursuit. This segment hasn't been featured in any of the previously released movies.

"Kylo Ren and Darth Vader - A Legacy of Power" shows the parallels between the journeys of Darth Vader and his grandson Kylo Ren.

All of the Galaxy of Adventures episodes are available on the Star Wars Kids Youtube channel. More episodes featuring the sequel trilogy characters are set to be released in 2020.