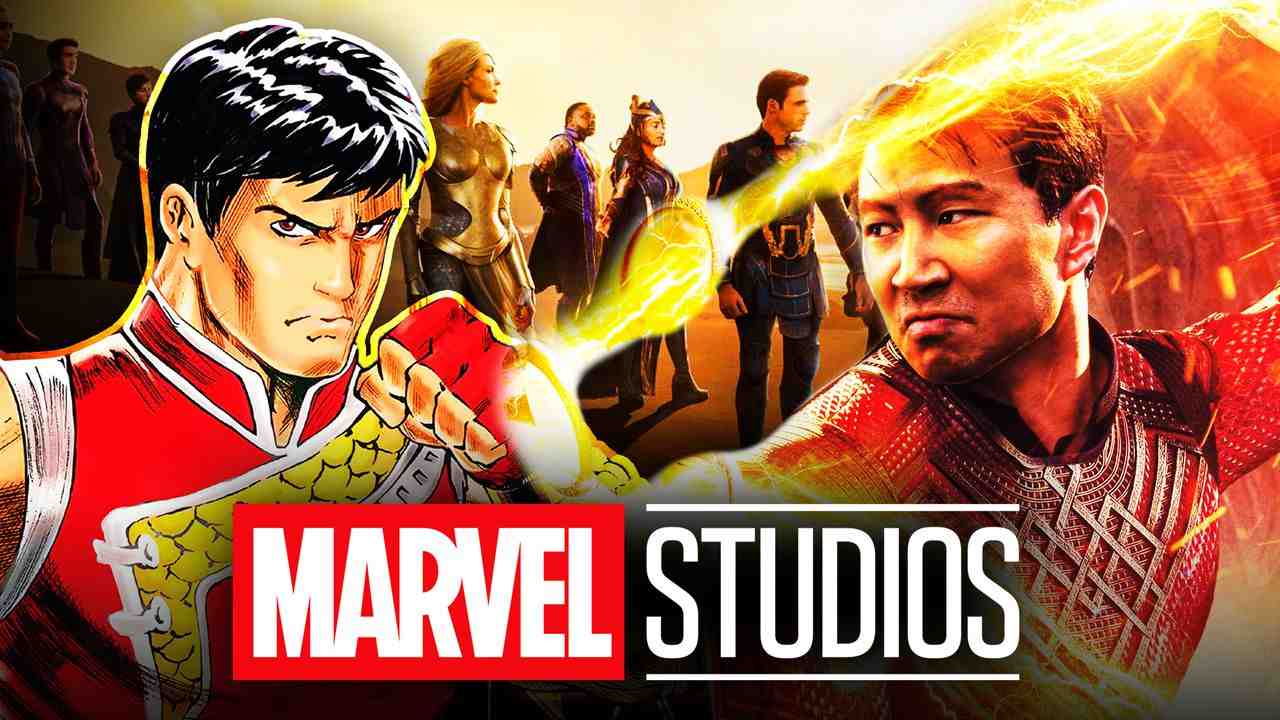 Warning - This article contains spoilers for Shang-Chi and the Legend of the Ten Rings.

Shang-Chi and the Legend of the Ten Rings served as the second film in the massive Phase 4 slate of the Marvel Cinematic Universe. While a good chunk of the narrative was centered around the origins of Simu Liu's Master of Kung Fu, the film embraced the larger MCU through its game-changing mid-credits scene .

After successfully defeating the Dweller-in-Darkness and obtaining the Ten Rings from Wenwu, Shang-Chi and Katy were seemingly recruited to the Sanctum Sanctorum by Wong. In the Sanctum, the pair were met by Brie Larson's Captain Marvel and Mark Ruffalo's Bruce Banner to discuss the Ten Rings.

Wong, Carol, and Bruce were able to piece together that the magical artifact was sending out a beacon to something or someone far more dangerous than the Mandarin. The identity of this individual or cosmic being is still unknown, allowing fans to speculate on the matter.

Now, the film's director has opened up about the mind-blowing mid-credits scene of the Phase 4 entry.

Shang-Chi and the Legend of the Ten Rings director Destin Daniel Cretton sat down with Entertainment Tonight to talk about the film's mid-credits scene.

When asked if the director could give hints or guidance on what or who the credits sequence is teasing, Cretton pointed out that it's not that hard, citing that reading the comics is the key:

"If you look into the comics, if you watch that end-credit sequence, it's not-- You don't have to dig very deep to at least point yourself in a direction. It's definitely there."

The MCU director then admitted that he can't wait to see Awkwafina's Katy and Simu Liu's titular hero interact with other members of the massive franchise while also hoping that the pair will "just become superheroes doing their thing in the midst of the MCU" instead of being branded as Asian superheroes:

"It feels awesome. I do love these characters, and I can't wait to see them interacting with other members of the MCU. And they will hopefully not always be branded as the Asian superheroes, that they will just become superheroes doing their thing in the midst of the MCU. That's very exciting for me."

Destin Daniel Cretton's latest comments suggest that the mid-credit sequence could be teasing the arrival of Fin Fang Foom and the Makluans.

In the pages of Marvel Comics, the Ten Rings originally came from a dragon-like race called the Makluans from the planet Maklu-IV. These space dragons utilized the rings as the power source for their spacecraft's engines.

One of the members of the cosmic race is Fin Fang Foom, and in the comics, the dragon was an adversary of Iron Man. Cretton's remark about not having to "dig deep" into the comic roots of Shang-Chi could simply tease that the beacon is for Fin Fang Foom and the Makluans, serving as a call to invade Earth.

In the MCU, Shang-Chi didn't explicitly confirm if the Ten Rings are connected to the Makluans, so it seems that a potential sequel will address this plot point. It's possible that the Mandarin is aware of the Ten Rings' beacon, and he chose to ignore it over the years.

Now that he is already dead and a different kind of chi is now in possession of the artifacts, it seems plausible that this served as a wake-up call to the space dragons that the Earth is primed for invasion. If the Makluans are indeed involved, this could set up a potential showdown between Simu Liu's Marvel hero and a bunch of space dragons led by Fin Fang Foom.

However, previous comments from Liu suggest otherwise. In a past interview with NBC News , the MCU actor described Fin Fang Foom as one of the "more questionable elements from the source material" due to its name, seemingly hinting that the space dragon will not be adapted in live-action.

If it's not going to be the Makluans and Fin Fang Foom, it's worth pointing out that Marvel Studios has a wide array of source material to adapt for Shang-Chi's potential cosmic threat.

Some believe that the Ten Rings are tied to the Eternals considering that their color scheme matches their power set based on the film's trailers.

Given that Shang-Chi also established the fact the artifact was in Mandarin's possession for thousands of years, this would be in line with the immortals' time on Earth, thus leading to the belief that they could even be the creators of the Ten Rings in the first place. The beacon could be for the Deviants or the Celestials , giving them the signal that Earth is primed for the taking.

Another running theory is the possible inclusion of other dimensions from the Seven Capital Cities of Heaven like K'un Lun, which is home to Iron Fist . Shang-Chi already cemented the fact that Ta-Lo exists in a separate dimension, and other mystical lands could come into play that would open the door for new threats for the titular hero and the Avengers to contend with in the future.

Shang-Chi and the Legend of the Ten Rings is now playing in theaters worldwide.