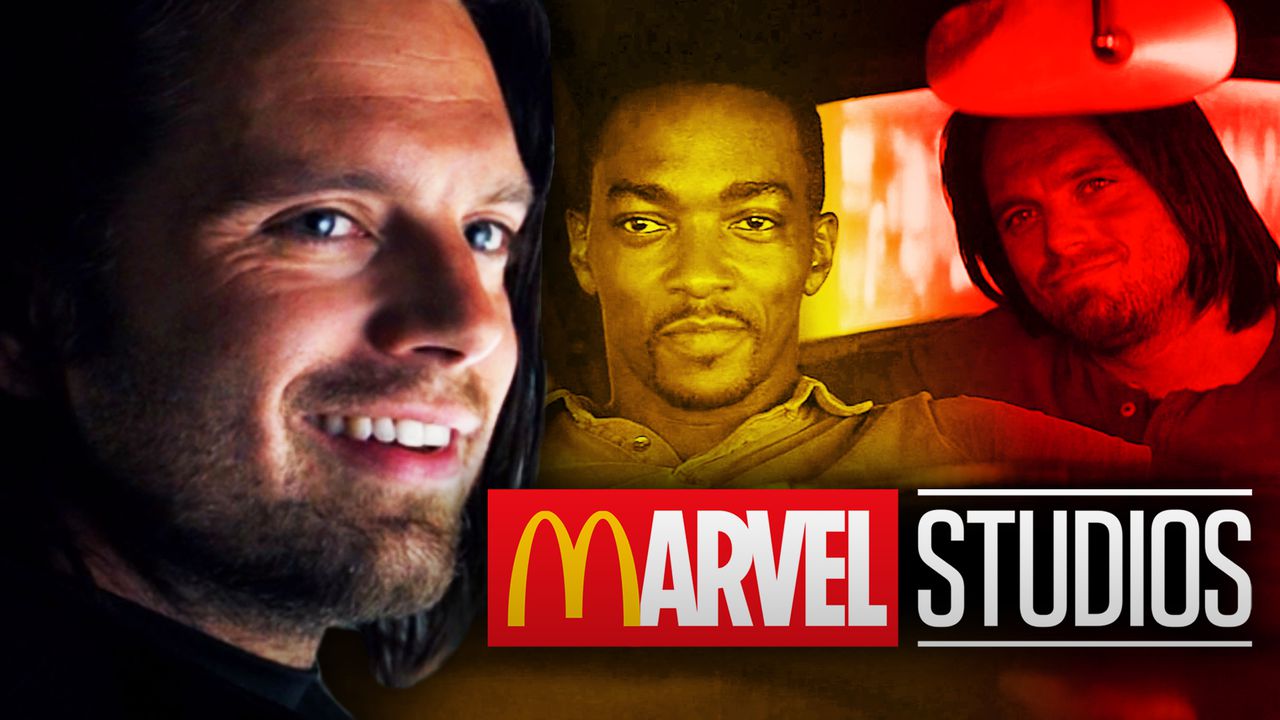 Now that the Marvel Cinematic Universe is back into full swing producing and promoting their massive Phase 4 slate, another huge portion of that promotion is beginning to make its way back into the forefront as well: merchandising! New products are becoming available from every corner of the sales world, and with so many projects coming down the pipeline, there are dozens of new potential items available for sale.

One of the studios' largest demographics is, of course, the kids who drag their parents to theaters or TV screens to see their favorite superheros come to life in the most massive franchise in existence. A brand new product has also become available for these millions of kids worldwide from one of the biggest corporations in existence, and its arrival is being praised by one of the MCU's longest-running stars.

Via a post on his personal Instagram story, The Falcon and the Winter Soldier star Sebastian Stan shared a five-second video showcasing nine new McDonald's Happy Meal toys based off of some of the MCU's most popular characters. Included in this bunch are both Stan's Winter Soldier and Anthony Mackie's Falcon, which Stan pointed out with arrows along with the caption "We made it. @AnthonyMackie and I are in a Happy Meal."

This new line of McDonald's toys doesn't reveal anything new, but it's still exciting to see the MCU heroes back in the spotlight for kids once again. Alongside Mackie and Stan's characters are Black Widow (in her white suit from her new solo film), Hulkbuster, Wasp, Baby Groot, Vision, Wanda Maximoff, and Hulk in his Sakaar gear.

It's absolutely infectious seeing Sebastian Stan's joy at his MCU character being made into a plastic kids toy, and his bond with Anthony Mackie is shown in all its glory through this post. The two co-stars are clearly very close with each other off-screen, and even though both of their MCU characters are in their outfits from Avengers: Endgame and earlier, it's still a fantastic way to put their new Disney+ series into the minds of fans all over the world.

The Falcon and the Winter Soldier is currently in its final days of filming in Prague before its expected release on Disney+ sometime in early 2021.