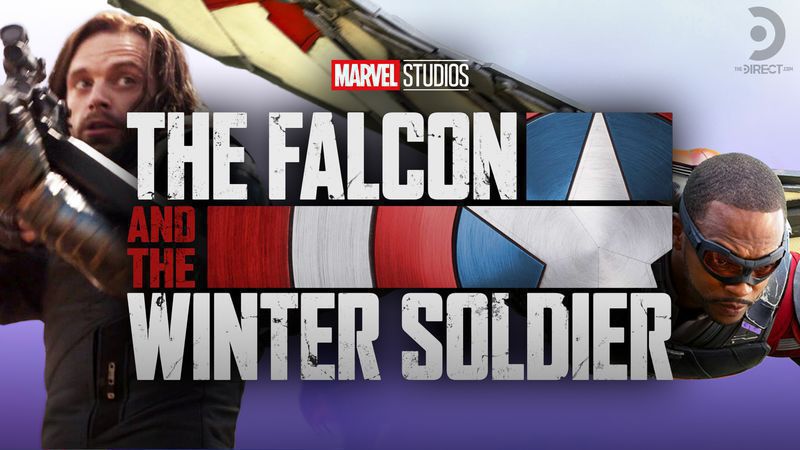 In the now-famous next-to-last scene in Avengers: Endgame, Captain America himself, Steve Rogers, chooses to use time travel to return to the 1940s and live out his life with his true love, Peggy Carter. He says his goodbye to his best friend, Bucky Barnes, and disappears into the Quantum Realm. A few moments later, Steve appears as an old man on a bench and proceeds to hand his signature shield to Sam Wilson, effectively passing the mantle of Captain America.

With both Bucky's and Sam's stories set to continue in the upcoming Disney+ exclusive series, The Falcon and the Winter Solider, fans are speculating what was going through the characters' (particualrly Bucky's) heads in that fateful scene and how that will play into the action in the series.

Bucky's actor, Sebastian Stan, was recently interviewed by The Hollywood Reporter, in which he dropped a few tidbits of info on The Falcon and the Winter Solider, as well as Endgame's ending and how he chose to play the scene.

On the topic of the series, Stan had the following to offer:

In a lot of ways, it felt like a movie. Again, we’re not finished; we still have some stuff to do. What I loved about it was that, tonally, it was very much in the same world that Captain America: The Winter Soldier was, which was one of my favorite experiences that I’ve ever had, period. So, in a sense, it was grounded and very much in the world as we know it. But, it’s also really jam-packed with a lot of massive, massive action scenes mixed with deep focus on character. That’s what’s really exciting about this. We’re getting to keep it in the world of the movies, so it’s recognizable that way, but at the same time, these characters are getting so much more mileage for all of us to explore them. We can put them in situations that we’ve never been able to put them in before because you now have six hours as opposed to two. It’s always a discovery.

Stan also spoke on the topic of how he approached his final scene and his goodbye to Steve Rogers in Avengers: Endgame as an actor:

I played it as goodbye. What I was playing was, “Okay, I know he’s going, and he’s not going to come back. I can’t talk about it, because if I do, then they’re going to try and stop him from doing what he wants to do. So, I’ve gotta support that.” That’s what I was playing in the scene. Suddenly, when he shows back up again, I’m playing it like, “Oh! Well, he didn’t tell me he was gonna do that. I knew he was gonna leave, and even though I knew what he was going to do with the shield, I didn't know he was gonna pop up over there now and be older.”

He continues on to discuss the scene's deliberate lack of dialogue and how that impacted his process:

So, I was playing that. Look, I love a good scene with dialogue, but sometimes, I find it really interesting when there’s not a lot said. And funnily enough, it’s sort of been the trademark of Bucky. Then, you’re watching behavior, you’re watching the eyes and you’re wondering what they’re thinking. You’re more involved and tuned in. So, it’s always fun for me to try to do as much as I can without dialogue. It’s exciting as an actor because then I wonder what people are getting out of it. In that aspect, it’s fun.

And finally, when asked about how he felt about Sam recieving Cap's shield instead of Bucky, he detailed the following:

The MCU — as I saw it from my humble perspective — is a bit different in that regard to the comics. Where we arrived with him at the end felt more like he was in a place with a desire for some sort of release: to start over, start life again in a way, find out who he is again on his own and leave all this behind. Yes, it all happened, but at some point, you gotta own your mistakes, what happened and try to start over. That’s where I felt like the character was at the end of Avengers: Endgame. It’s also what he wanted for Steve. Like anybody that ends up traumatized by a war experience, he was affected by it for the rest of his life. So, what felt like a desire there was for a restart — for him and for Steve in a way. It didn’t necessarily feel like the shield was gonna be that. Steve going back in time and saying, “I’m gonna take something for me now. I’ve been here for all these guys, and I’ve done the best I could. I’m just a man, and I’m going to go back and try to live my life.” I feel that is something that Bucky would want for his best friend, and at the same time, Steve is saying to Bucky, “You’re going to go and do that, too. I’m not going to put this thing on you. We’re both going to live our lives — the lives that were actually taken from us back in the ‘40s when we enlisted.” So, that’s where I felt they were at the end of the movie.

That being said, Stan has few qualms with the notion of where the shield ended up:

I don’t think there’s a desire or any conflicted thoughts about taking on that mantle. Sam, to me, was always the clear man to take on that mantle for numerous reasons, which also comes with so much more baggage that’s going to be explored in the show. I guess you’ll have to tune into Disney+ to find out why. (Laughs.) At the end of Endgame, for either Steve or Bucky, it’s really not about the shield.

Stan obviously has a lot of in-depth thoughts on these subjects. It is always refreshing for fans when their favorite actors take such a deep interest in their characters and their motivations. It is particularly intriguing that Stan says that for Bucky, "It's not about the shield." This attitude will expectedly carry over to the series, where Bucky teams up with Sam as the latter presumably grapples with the pressure and responsiblity of being the new Captain America.

Steve leaving Bucky in the present as he returns to the past has been something of a hot-button issue for some fans, who feel as though Rogers did not stick with Buck "'till the end of the line" and instead abanoned him. Stan's comments allude to this stance a bit, but it seems that as an actor, he has a good handle on the scene and how he chose to play it.

And although production on Disney+'s The Falcon and the Winter Soldier is currently in limbo due to COVID-19, the series plans to finish production as soon as possible and debut on the streaming platform, even if there may be some delay. 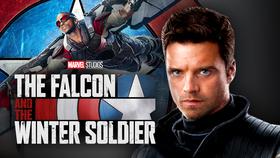