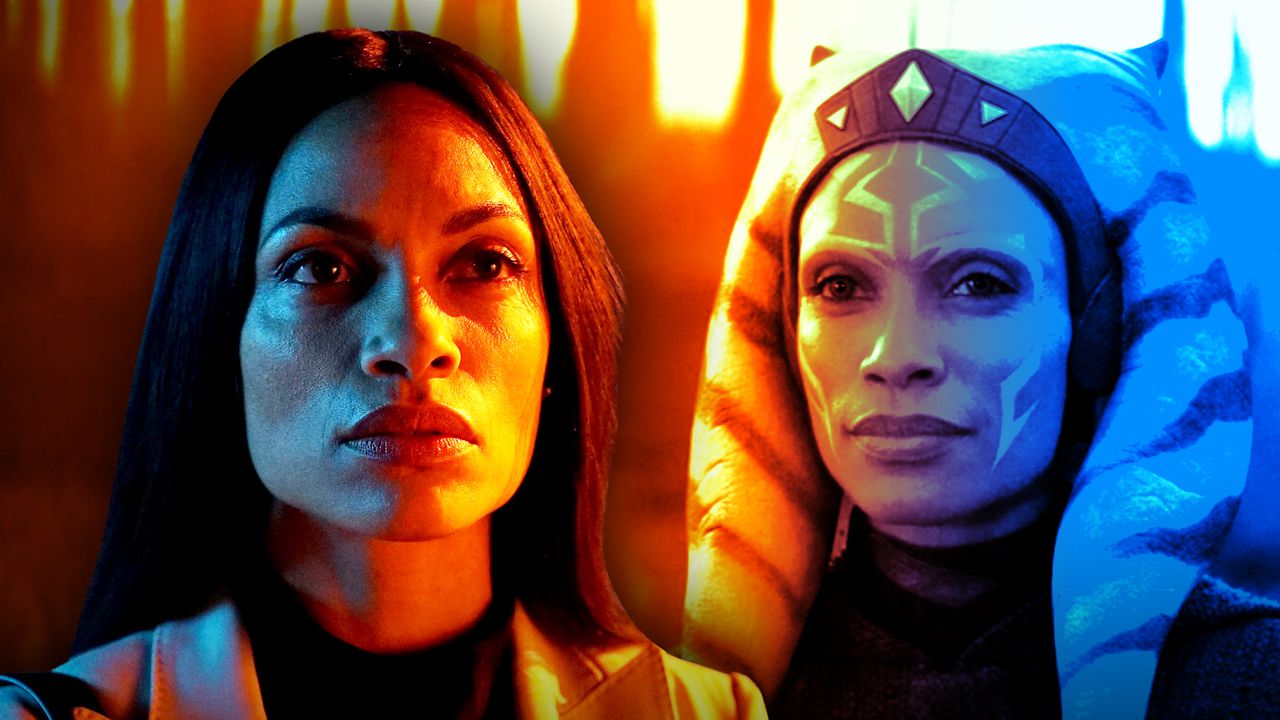 The most recent episode of The Mandalorian thrilled many with the long-awaited introduction of Ahsoka Tano into live-action. "Chapter 13 - The Jedi" saw a wiser, more mature version of the character compared to previous incarnations and left a lot of possibilities for Ahsoka's future in the galaxy.

Star Wars finally broke their silence about the character being included in the series, with Vanity Fair posting new images of the actress costumed and made up as the fan-favorite Togrutan. Longtime Ahsoka voice actress Ashley Eckstein praised Rosario Dawson's portrayal, which was reciprocated by The Mandalorian actress

However, not all were as excited by Dawson's inclusion following accusations of transphobic discrimination and abuse directed towards Rosario Dawson and her family from a handyman and longtime friend. Subsequently, Dawson was met with some backlash following her casting as Ahsoka Tano.

Now, Rosario Dawson has publicly addressed the accusations herself...

In an interview with Vanity Fair, The Mandalorian star Rosario Dawson responded to the lawsuit filed against her and her family, stating that she understands fans' concerns regarding the situation. She followed this by stating that every "claim of discrimination has been dismissed by the person who made them:"

"Well, firstly, I just want to say I understand that, and why people were concerned, and are concerned. I would be, too, if I heard some of those claims. But I mean, as we're seeing right now in these past months, and just recently actually, the truth is coming out. Every single claim of discrimination has been dismissed by the person who made them, and as you've said, the fact that this is coming from someone I've known since I was a teenager, the better part of my life, and who my family was trying to help as we have many times in the past, it really just makes me sad. But I still have a great empathy for him."

Of the 20 claims, all besides two counts have been withdrawn voluntarily by the plaintiff. Dawson was then asked whether this was a case of wealthy figures using their position to "[overpower] the system" and what she actually thinks about trans people, to which she responded:

"The reason that all of the discrimination claims were dropped is because they didn't happen. I was raised in a very inclusive and loving way, and that's how I've lived my entire life. I've always used my voice to fight for, lift up and empower the LGBTQA community, and use my platform to channel trans voices, in fiction and nonfiction work that I've produced and directed. So I feel the record is really clear."

From this, it appears that Rosario Dawson is maintaining that the transphobic accusations lobbied against her are false, and the court records seem to support this stance. Dawson is an outspoken activist and part of the LGBTQ+ community herself. While being part of the LGBTQ+ community does not necessarily mean an individual is incapable of transphobic behavior, her past work and current statement indicate that she is in full support of the trans community. As part of this, it appears that Dawson hopes to continue to use her position to raise trans people and fight for them.

Hopefully, this statement should help comfort fans that may have been concerned about her casting as Ahsoka Tano, making them feel more at ease with this information.