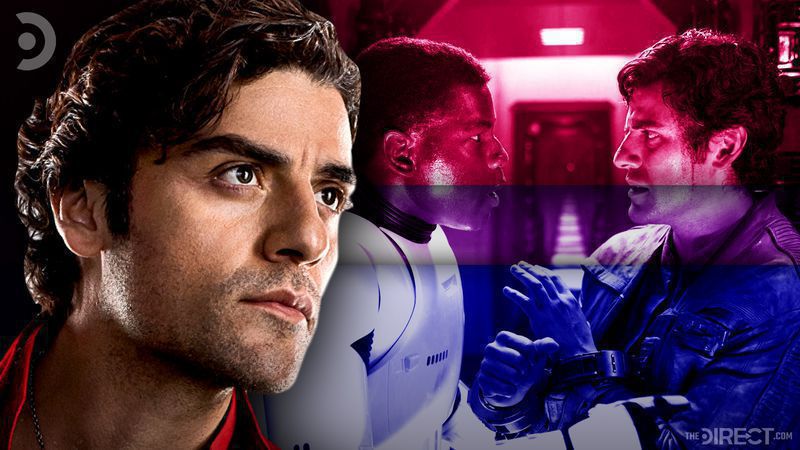 Ever since fans were introduced to Finn and Poe Dameron in Star Wars: The Force Awakens, played by John Boyega and Oscar Isaac respectively, many desired that the pair's friendly relationship would eventually develop into a romantic one throughout the sequel trilogy given the two actors' remarkable chemistry both on and off-screen. While the next film opted to give Finn a new love-interest in Rose Tico and separate him from Dameron, the Finn/Poe-shippers held out hope that Episode IX would give them the satisfaction they craved. The film, however, decided not to establish any romanticism between the two, though it did expand their friendship in a beautiful way.

Star Wars: The Rise of Skywalker also introduced two separate, female interests for the characters. Though Jannah-actress Naomi Ackie wished more was explored between her character and Finn, Isaac apparently wanted and pushed for Disney to give a bit more thought into the potential of a Finn and Poe relationship, but things didn't end up going that way. While it seemed that the situation ended there, a Poe Dameron-centered novel might just hint at something more.

In Basic Stuff Magazine's review for the new Star Wars book titled Poe Dameron: Free Fall, it points out that the author, Alex Segura, never specifies the gender in any of Poe Dameron's past romantic relationships. Instead, the books "plays the 'pronoun game'" and keeps things "gender neutral, leaving that aspect of Poe’s character thankfully still wide open for interpretation." The review offered an excerpt from novel regarding Dameron's romantic life:

“He'd cared for people before — felt the flutter of excitement at something new with someone, only to see it dashed. Hope and romance were never guaranteed in the wilds of the galaxy. Even at sixteen, Poe Dameron knew that.”

While the fandom never got to see a romance between Finn and Poe in the sequel trilogy, this book keeps alive the possibility that Poe Dameron is in fact open to relationships with any gender and alien. This could be a way for Disney to give a slight victory for the Finn/Poe shippers out there, but it's still disappointing that they didn't take advantage of the opportunity in front of them. The Rise of Skywalker did include Star Wars' first openly gay relationship on-screen with a kiss between two Resistance heroes. However, the company could've put a bigger emphasis on inclusivity in Star Wars by putting a LGBT relationship at the forefront of one of their biggest franchises. It's nice to see Boyega and Isaac tease about the situation now that the trilogy is over with, and perhaps one day Star Wars fans will get the chance to see that relationship continue in the future.