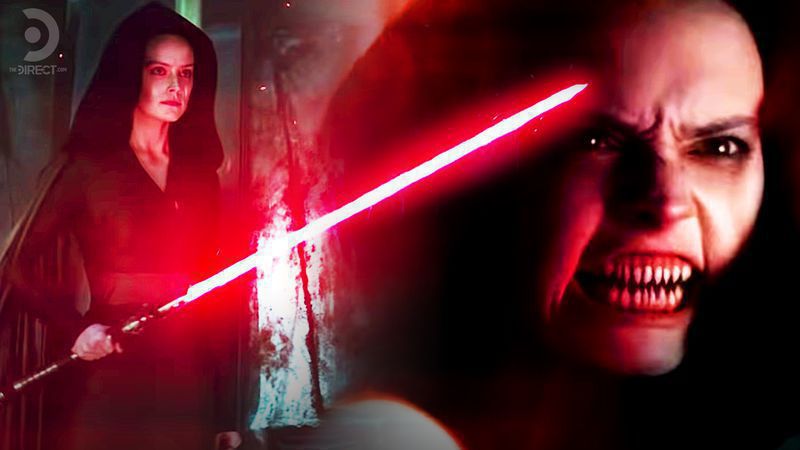 A common theme throughout the three Star Wars trilogies is the battle between good and evil, light versus dark, and the Jedi versus the Sith. That theme surrounded Rey in the sequel trilogy, as we saw her confront her own trials in resisting temptation towards the dark side. When Star Wars: The Rise of Skywalker released its D23 special look, fans were introduced to "Dark Rey", the visual embodiment of the heroine having turned to the dark side. Amazingly, fans reacted with a unique enthusiasm for her new Sith appearance - not for her (possible) turn to the dark side, rather, more for that incredible double-bladed red lightsaber that invoked the essence of Darth Maul. Now, we have some close-up looks of Dark Rey's weapon that reveal some new inspiration.

In an Instagram post by concept artist Matthew Savage, he shared five close-up images of Dark Rey's lightsaber from which he worked on for The Rise of Skywalker, which can be viewed below.

Savage provided some additional context with the caption:

Dark Rey’s lightsaber from Rise of Skywalker: After 5 Star Wars movies I finally got to work on some lightsabers! @jjabramsofficial requested adding an element of Vader’s saber, points if you can spot it (answer on the second slide)

Matthew Savage may have taken some of the work off our hands in his caption, but upon further review of each Instagram photo, the post reveals some new elements of Dark Rey's weapon. In particular, on slide two, the ring detail is taken from the iconic blue lightsaber passed on from Anakin Skywalker to his son Luke and eventually finding its way to Rey. Most interestingly is the hilt portion of the weapon, inspired by Darth Vader's own lightsaber via request from JJ Abrams himself. The ring detail from Anakin and Luke's lightsaber is logical, but having Vader as an inspiration for the weapon is an interesting new development. In hindsight, it's a logical addition given that Lucasfilm planned on having Rey's arc connected to the Skywalker family long before, and these new close-ups provide further depth into Rey's battle between light and dark. The weapon may have seen a brief amount of screen time, but these details help make it one of the more fascinating weapons in the Star Wars universe.