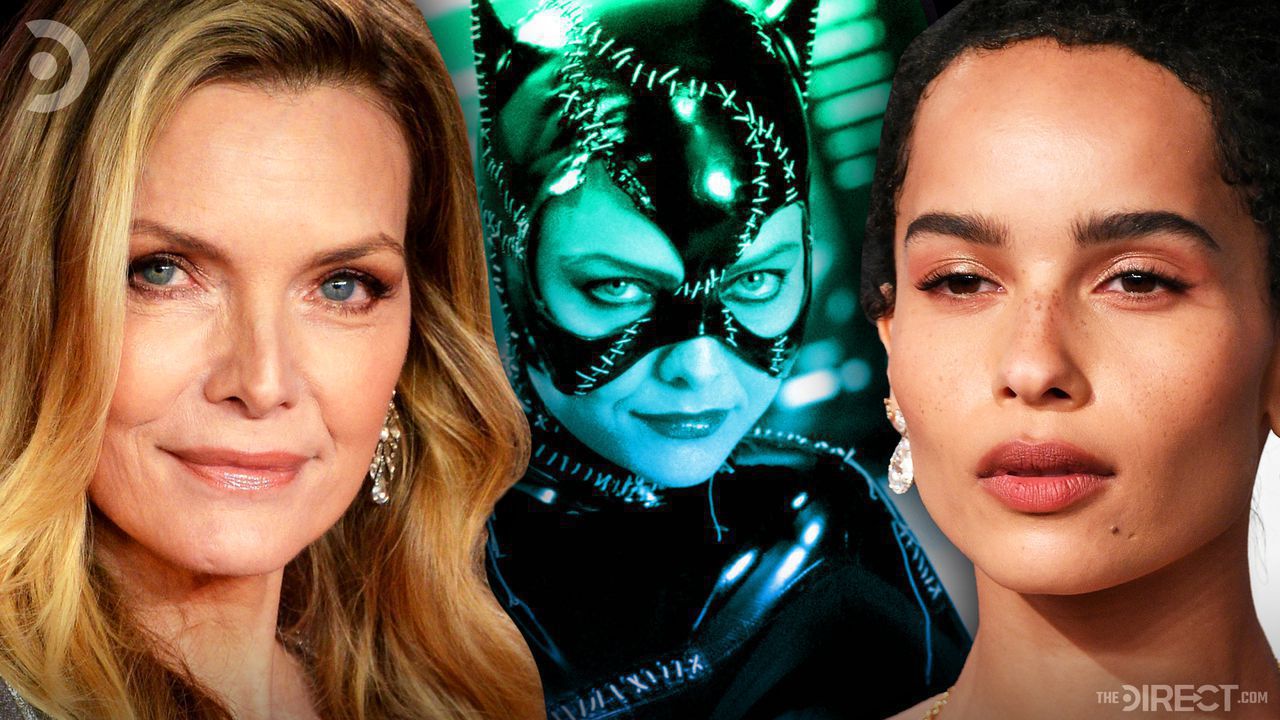 The Batman, Matt Reeves's reimagining of the iconic Dark Knight, is one of DC's most highly anticipated projects. The cast features many critically acclaimed actors that will portray their own unique versions of incredibly popular comic book characters, with Robert Pattinson as Bruce Wayne, Andy Serkis as Alfred, Jeffrey Wright as Commissioner Gordan, and Big Little Lies star Zoë Kravitz as Selina Kyle/ Catwoman.

Kravitz has revealed various aspects of how she approached the role, and how hands-on she has been alongside the filmmakers in creating a new version of the character. The actress stated that she worked together with director Matt Reeves and costume designer Jacqueline Durran in developing Selina Kyle's new Catsuit, and Kravitz continually cites previous Catwomen Anne Hathaway and Michelle Pfeiffer as huge inspirations. Fortunately, the other Selina Kyles seem to be fans of Zoë Kravtiz as well.

Speaking with Variety, Catwoman actress Zoë Kravitz detailed her experience with The Batman role so far. When asked if she had spoken with Michelle Pfeiffer, who portrayed Selina Kyle in 1992's Batman Returns, Kravtiz stated:

I spoke to Michelle. We sat at the same table at the Golden Globes, and I’ve met her a bunch over the years because of David E. Kelley. She’d always been so nice. I had just gotten cast so I was really nervous to be around her, and she was so sweet. She just gave me a big hug and said, “You’re going to be great.” That was really just amazing. Both Halle and Anne [Hathaway] were really sweet on Instagram and Twitter. [They] sent really sweet, encouraging messages when that was announced. So I feel supported by my girls.

Kravitz also spoke on how she felt about seeing herself as Catwoman for the first time, saying:

It’s cool, man. It’s cool. I can’t say it wasn’t cool... When the announcement came out that I had gotten this role, my phone rang more than it has ever... So I felt that immediate pressure. The script is phenomenal. The story’s really strong. I feel very clear on who Selina is and what she wants, and I’m trying to stay more focused on that.

And of course, the actress had some kind words about her co-star Robert Pattinson, and why he's perfect for Bruce Wayne:

[Robert] started out as this kind of teen pop sensation, and then I think we all kind of saw through his work that there was a lot more going on... and that is very much Batman in a way. We have the illusion of Bruce Wayne, and then we have Batman in the shadows that has a lot more complicated things going on... He can relate in that way, and he looks good in the suit, man. He looks good in the suit. That’s a good jaw line. But he’s just a great actor and he brings so much to everything he does... I think he’s perfect, perfect casting.

Portraying Catwoman doesn’t get any better than having Michelle Pfieffer’s seal of approval. It’s nice to see the actresses be so supportive of each other, especially as Zoë Kravitz detailed the enormous pressure she felt with portraying the character. In that circumstance, kind words from Pfeiffer and Anne Hathaway go a long way.

Kravitz seems to be truly putting all of her efforts behind creating her unique version of Selina Kyle. The character has seen four live-action adaptations in the past, but luckily Kravitz still feels a passion and motivation to reimagine the character. The actress clearly knows the direction in which she wants to take the character, and that bodes well for a character as iconic as Catwoman.

It’s also reassuring to see more high-praise of Robert Pattinson’s Batman. While the casting of Pattinson was an unconventional one to many, in large part due to the actor’s past with franchises like Twilight, Zoë Kravtiz makes an excellent point on how the character of Bruce Wayne/ Batman suffers from the same issues of public perceptions vs. internal motivations. Pattinson may just be the perfect fit for Batman after all.

The Batman will be arriving in theaters on October 1, 2021.