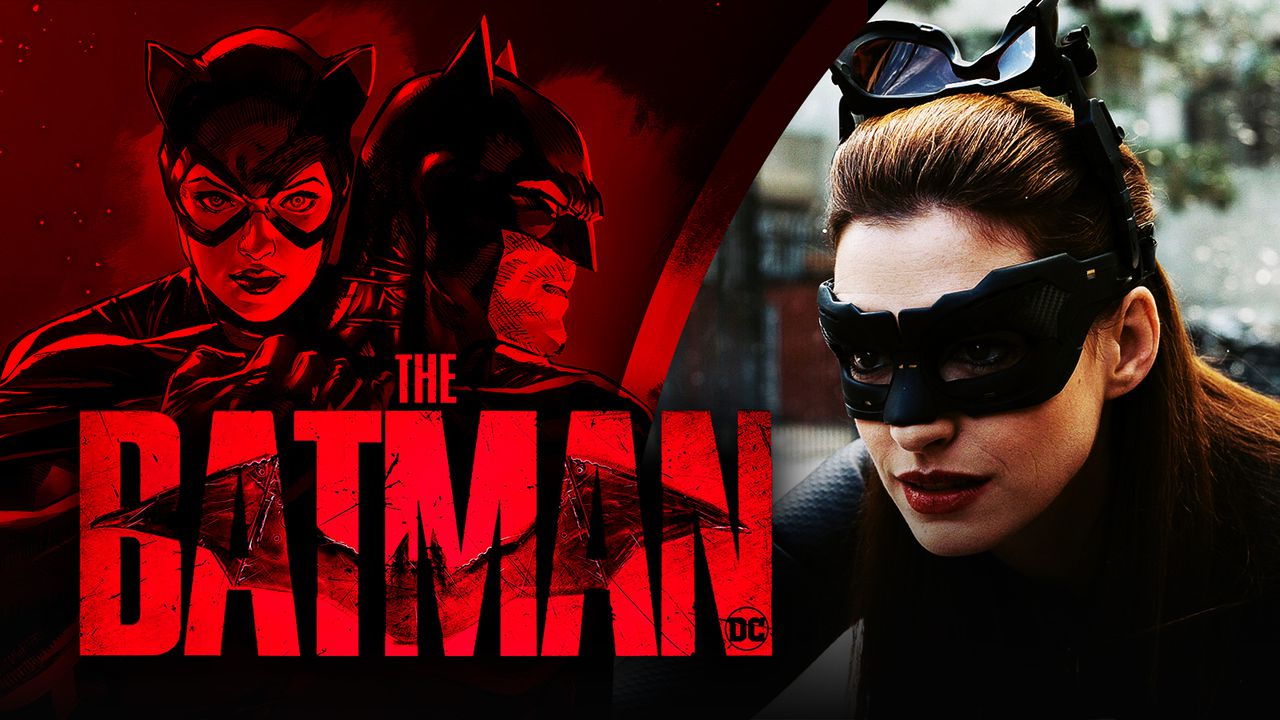 The Batman is still undergoing production, with actress Zoë Kravitz's fresh portrayal of Catwoman being one of the focal points of attention. Many fans are excited about Catwoman's return to film and are anxious to see how Kravitz will interact with Robert Pattinson's Dark Knight in the movie.

Kravitz was previously spotted on set, wearing civilian clothes, alongside actor John Turturro's Carmine Falcone. Set videos have also hinted at potential action sequences from the film, including a motorcycle scene with Batman. Videos that were taken in Chicago have also showcased more Catwoman bike action.

The last time that Selina Kyle was seen on the big screen was in Christopher Nolan's The Dark Knight Rises, where the character was portrayed by actress Anne Hathaway. Now, the former Catwoman actress has shared her own advice to Zoë Kravitz...

In an interview with Collider, former Catwoman star Anne Hathaway was asked if she had any potential advice for Zoë Kravitz's upcoming portrayal of the character.

In response, Hathaway referred to the set photo of Kravitz in her civilian clothing:

You saw the picture of her coming down those stairs, right? Yeah, she doesn’t need my advice.

Hathaway later elaborated on how Kravitz did not require any guidance, stating that different actors and directors tend to approach roles in different ways:

If I had any advice it would be literally don’t listen to anybody because I think the only way to play that role is to give your version of it. All of us had different directors and all of our interpretations were specific to the films that they were in, kind of like my Grand High Witch is specific to Bob Zemeckis and Angelica Huston’s is specific to Nicolas Roeg’s, and that’s great! And all the Jokers were specific to each director they have, and so I don’t think you can get too bogged down with the comparison. And especially when you’re not the one doing it because your job is to give yours. And I’m so excited to see what she does with it. I thought she was a perfect choice.

Anne Hathaway's advice for Zoë Kravitz is quite apt, as Kravitz will undoubtedly do a fantastic job at portraying Catwoman, providing her own spin on Selina Kyle. As Hathaway notes, actors and directors always have their own way of envisioning a character, so it seems that The Witches star hopes Kravitz will give a unique and individual performance first and foremost.

By this point, Zoë Kravitz is a seasoned actress, having starred in a multitude of films and franchises. The Catwoman actress has already starred in big blockbusters such as Mad Max: Fury Road, X-Men: First Class, and the Fantastic Beasts franchise, to name a few. Therefore, Kravitz is clearly equipped to take on a leading role in The Batman, having the range necessary to perform a stellar Selina Kyle. Kravitz has even voiced Catwoman previously in The Lego Batman Movie, so the actress does have some DC experience under her belt already.

Zoë Kravitz's fresh take on Catwoman will be featured prominently, when The Batman releases on March 4, 2022.