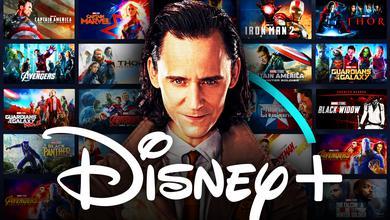 Warning: This article contains spoilers for Black Widow and the season finale of Loki.

Marvel Studios’ expansion into Phase 4 has seen more than its fair share of success, and it’s looking to continue through the rest of 2021 with six more planned releases.

Interestingly enough, even though the four debuts so far are the first for the MCU in two years, these stories’ places in the MCU timeline as a whole have been somewhat varied thus far.

Both WandaVision and The Falcon and the Winter Soldier definitively took place after the events of Avengers: Endgame, with the former coming in three weeks later and the latter starting six months later; both also were confirmed to come before Spider-Man: Far From Home chronologically.

While the specifics are unclear, Scarlett Johansson’s Black Widow was firmly placed after Captain America: Civil War, just as rumors had mentioned for the past 18 months. Additionally, Loki found its home in the aftermath of Avengers: Endgame, spinning off directly from the time heist in that film after 2012 Loki stole the Tesseract.

Now, to help clear things up even further, Disney+ has given fans a firm picture of how the MCU timeline is supposed to look.

The Disney+ home page recently updated the Marvel Cinematic Universe Timeline Order after the premieres for Black Widow and Loki. The current ordering of the projects can be viewed below:

10.) Guardians of the Galaxy

24.) The Falcon and the Winter Soldier

Black Widow takes place directly after 2016’s Captain America: Civil War and before the events of 2018’s Black Panther. On the Disney+ side, Loki is dropped immediately after 2019's Avengers: Endgame and before 2021's WandaVision.

**Note: The Incredible Hulk (Universal) and both MCU Spider-Man films (Sony) are not currently on Disney+, and are thus omitted from the graphic.

CLARIFYING THE TIMELINE OF EVENTS

Black Widow's place in the timeline of the MCU was expected after its promotional tour and reports confirmed it to transpire the Captain America threequel, with the only question that remained being its place in relation to Black Panther. It even found itself taking place partially before the final scene of Civil War thanks to Natasha providing the Quinjet that helped Team Cap escape the Raft.

As for Tom Hiddleston's Loki, its place is a little more of an interesting matter tying back to its MCU companions.

The show clearly took place directly from when Loki stole the Tesseract in Endgame, and even with time travel and the TVA, everything seemed to clearly move in a linear path. However, the opening credits to Episode 6 included one line of dialogue that seems to take place after the show, with Vision's "What is grief if not love persevering" line from WandaVision.

Given Loki ended with the Gods of Mischief meeting He Who Remains in The Citadel at the End of Time, this could be explained as that location existing in a space where time was irrelevant, similar to the TVA. Even so, it's certainly something to think about when taking into account the time-travel and multiversal shenanigans upon which the MCU is about to embark.

This timeline also has a chance to get even weirder as next month brings What If...? along, and both Spider-Man: No Way Home and Doctor Strange in the Multiverse of Madness coming in less than a year as well. However things work regarding the MCU's own "Sacred Timeline," Marvel Studios President Kevin Feige and his team are on top of making sure everything meshes together smoothly.

All six episodes of Loki are available on Disney+, while Black Widow is on Disney+ via Premier Access and in theaters worldwide.