Riri Williams' Ironheart was properly introduced in the MCU’s latest film, Black Panther: Wakanda Forever, but she nearly looked a lot different than what ended up on the big screen.

While she was only a supporting character, Dominque Thorne made the most of her time and truly impressed audiences with her charm, wit, and relatability.

Thankfully, even though it was the first time seeing her, Marvel managed to squeeze two fresh suit designs into the final product. The first was made of a bunch of car parts, while the second was bright red and born from Vibranium.

Her Mark II was only used for her fleeting moments in the film’s third act, and sadly she had to leave it behind in Wakanda before heading back to Chicago.

Now, some new art shows that her sleek design was almost an entirely different color.

Ironheart's Suit Was Almost Not Red

Thanks to various artists, fans now have a new look at Ironheart's Mark II suit, which wasn't originally red.

Adi Granov took to Instagram to post the one concept piece he did for Dominique Thorne's fancy armor made in Wakanda.

Granov admitted that he "only did one take on Ironhreat['s] suit:"

"I only did one take on Ironheart['s] suit for Wakanda Forever which didn't go further than this. @philjdsaunders did the amazing finished one in the movie."

The finished Mark II was completed by artist Phil Saunders, who also shared some renders of his VFX work for the character on Instagram.

Saunders noted that "the color went back and forth between this copper tone" and the red seen in the final product:

"Final [Ironheart] model for Black Panther: Wakanda Forever as delivered to VFX. The color went back and forth between this copper tone I’d been using since my earliest designs and the red it finally ended up in as an homage to both Tony Stark and Riri’s father’s beloved red-and-black Barracuda."

When it comes to the design of the suit, one major influence was "motorcycle design," as "Riri's bike was originally going to play a much larger role:"

"There are a lot of influences to this design, but one major one was motorcycle design, as Riri’s bike was originally going to play a much larger role. It would have been a custom bike of her own design and construction, so I referenced a lot of street bikes for the relationship between bodywork and exposed mechanicals and frame."

He shared that he "loved working on this [scene]," and even "did [three] different layouts:"

"I loved working on this is it involved a lot of storytelling and vehicles. I did [three] different layouts which seemed to really surprise and make happy the production team (and me, as I thought they would be used to that). I think they really enjoyed the choice. The other layouts were much more experimental with dynamic perspectives and viewer angles, but this is the one they wanted to see finished." 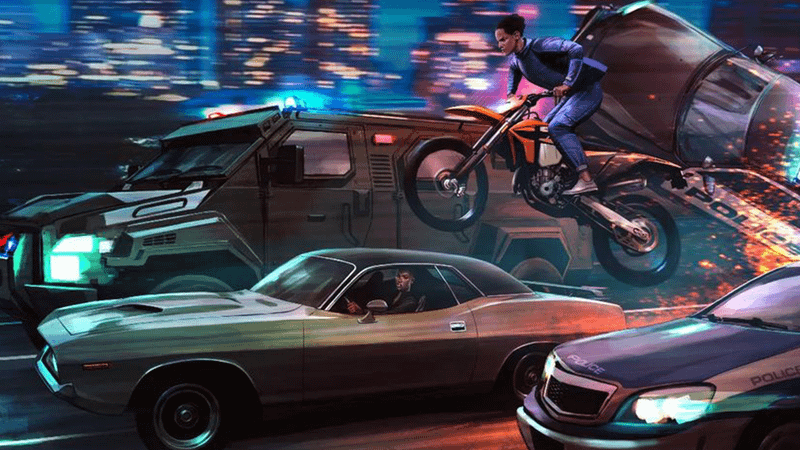 What Changes For Riri's Suit Does the Future Hold?

While either color would have looked good in the end, the red was a great choice, as it further accentuated Riri's vibrant personality and energy. It's a shame to know how it will be sitting back in Wakanda collecting dust.

But will fans see it again? Probably—but it could be a while. First, she will have to deal with the threats in her own Disney+ series, Ironheart.

Dominique Thorne has teased that audiences will get a chance "to sink into who [Riri Williams] is truly," as her technological genius goes up against Anthony Ramos' magic Hood—and, if rumors are to be believed, Mephisto himself.

While she might not have her red Vibranium Mark II, she will have a pretty slick silver Mark III. Maybe the Mark IV will end up being comic-accurate. But will Marvel lean towards the red and gold color scheme of her early days in the comics or the pink/black/gold of her more recent appearances?

Ironheart is currently estimated to air at some point later next year.