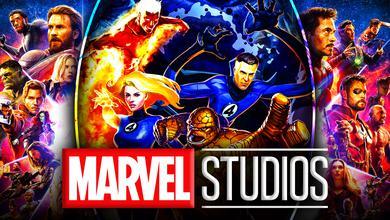 Considering Loki is the rightful ruler of Disney+ due to its record-breaking premiere, it's hard to remember that before WandaVision, the prospect of telling Marvel stories in an episodic format was a gamble for the hit studio.

And while Marvel Studios deserves all the credit for their success on Disney+, their ability to tell distinct yet connected stories in both series and film formats is largely due to the Disney Company.

In October 2020, Disney separated content creation from the company's distribution division allowing Marvel Studios the freedom to venture outside the traditional parameters to experiment with streaming.

And now, it sounds like Disney and the studio are just getting started.

But that doesn't mean theatrical films won't benefit or be forgotten.

In fact, Chapek claims the film side is where Marvel Studios President Kevin Feige is looking in regard to the long-anticipated Fantastic Four franchise, pointing out that feature-length films are the appropriate medium to "mine" from franchises like Marvel's First Family.

According to the CEO, there's plenty of fantastic storytelling to come from Marvel Studios, saying, "it doesn't have to tap itself out."

“As you increase output, and go deeper and deeper into mining the Marvel mythology, it doesn’t have to tap itself out. We’ve got great stories to tell, and we’re telling great stories."

Feige has confirmed that the last project for the MCU's Phase 4 will be the Fantastic Four directed by Jon Watts. But at this time, there are no details about its story or cast.

An MCU film about Marvel's First Family has been a long time coming and only made possible by Disney's now complete acquisition of 20th Century Fox.

FANTASTIC FUTURE AHEAD FOR THE MCU?

Chapek's remarks about the Fantastic Four indicate that the Disney Company, along with Marvel Studios, have big plans for these characters and their stories.

It's also worth noting that at the conference, the CEO referred to the Fantastic Four as a franchise and not just the Phase 4 film.

Fans will hopefully hear more about these "plans" for the franchise as Marvel moves deeper into its Phase 4, as well as how Disney's newly reorganized structure will impact how the studio handles the stories of Sue and Johnny Storm, and Reed Richards.

In the meantime, Marvel has a number of both films and Disney+ projects in the works beginning with Black Widow in theaters on July 9 to What If... later this summer on Disney+.