Marvel Studios' Eternals is shaping up to be a massive addition to the larger Marvel Cinematic Universe. The film has been confirmed to serve as a general prequel to the MCU's history, with the narrative spanning thousands of years. Not only that, Eternals is led by a slew of A-listers , including the likes of Angeline Jolie, Gemma Chan, Richard Madden, and Kit Harrington.

The highly-anticipated Phase 4 project was led by the directing efforts of Chloe Zhao, and the rising filmmaker proudly took the challenge of helming a big-budget superhero film. Fans have yet to witness any official footage from Eternals , but recent updates to the film's title and logo should signify that a teaser will soon arrive.

While fans wait for the arrival of promotional materials from the film, a new interview may shed some light even more on the MCU's first superhero team-up in Phase 4. 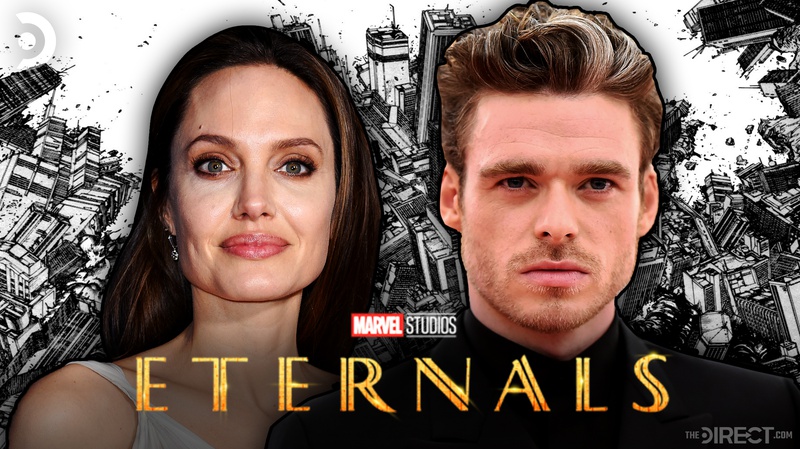 While speaking with The Hollywood Reporter , Marvel Studios president Kevin Feige detailed the passion of Eternals director Chloe Zhao. Feige shared a story of how Zhao "would finish some giant production meeting" with them which involved the " creation and approval of dozens of costumes, creature design, and intergalactic designs" before moving on to work on Nomadland :

"Chloé will go toe to toe about Malick, or as esoteric and small a film as has ever been made, but also on Star Wars or on [Japanese superhero franchise] One-Punch Man in a way that is quite unique and quite spectacular. She would finish some giant production meeting with us that involved the creation and approval of dozens of costumes, creature design, intergalactic designs. And then she would get into her half solar power, half corn oil or whatever it was van, and drive out to the Dakotas for Nomadland . That she can fit in in all of these environments is remarkable."

Feige also revealed interesting tidbits about Zhao's "compelling pitch" for Eternals while also mentioning that the director's vision is "frankly one of the reasons" that they moved forward with the project altogether.

Meanwhile, Zhao admitted that Eternals has "such deep, strong, manga roots" while pointing out that she's "making the film as a fan:"

"I have such deep, strong, manga roots. I brought some of that into Eternals. And I look forward to pushing more of that marriage of East and West. How much further and bigger can we go after [ Avengers: ] Endgame ? Because I’m not just making the film as a director. I’m making the film as a fan." 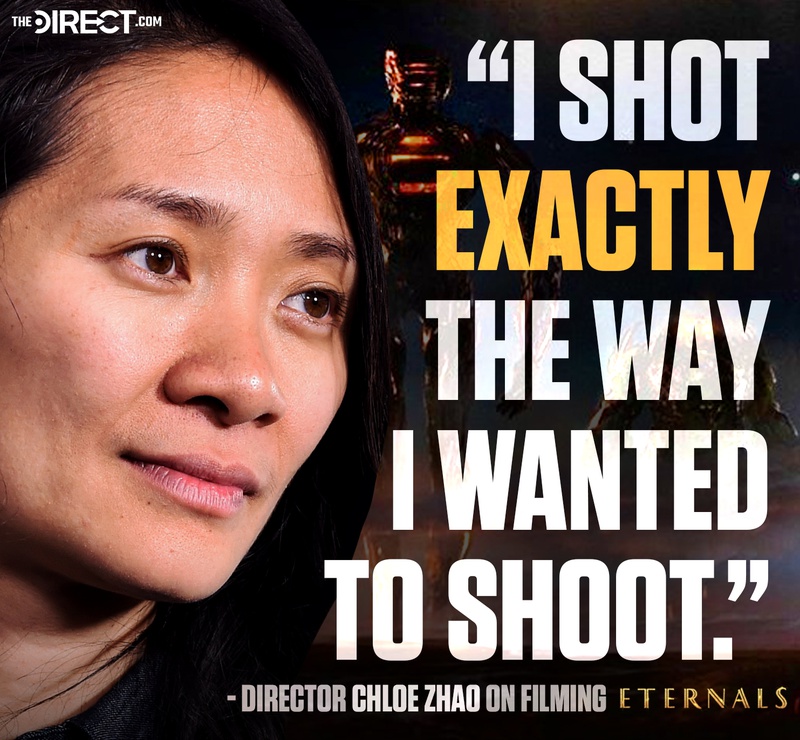 Zhao bared that she shot the film "exactly the way I wanted to shoot," noting that "Marvel wants to take risks and do something different:"

"I shot exactly the way I wanted to shoot. On location. A lot of magic hour. Three-hundred-sixty degrees on the same camera as I did on Nomadland . Same rigs. It’s a bit surreal. I’m still waiting for the shoe to drop. It hasn’t. I think I got lucky in that Marvel wants to take risks and do something different."

Based on this recent interview, it's clear that Chloe Zhao has an immense passion not just for Eternals but for the art of filmmaking in general. Feige's praise of Zhao's commitment to the craft goes to show that the filmmaker is the right fit for a massive ensemble-type film like Eternals , and it will be interesting to see how the final version of the film plays out on the silver screen.

Part of the fun of making an MCU film about lesser known characters is the freedom that is given to the directors that helm the projects. For example, James Gunn explored a fun narrative and dynamic among the ragtag group of misfits in the Guardians of the Galaxy franchise, and it elevated the characters to greater heights. It seems that Zhao will follow the footsteps of Gunn and other MCU directors in terms of providing a clear sense of vision for the film, ultimately leading to a memorable adventure.

It's curious to see how Zhao's "deep, strong, manga" roots will be adapted into the Eternals ' overall outlook. Regardless, Zhao's commitment and drive while making the film is just further proof that this film will be unique in its own way, and the director's passion could very well translate to the final product.