Marvel Boss Reveals Why the MCU Has So Many Indie Directors 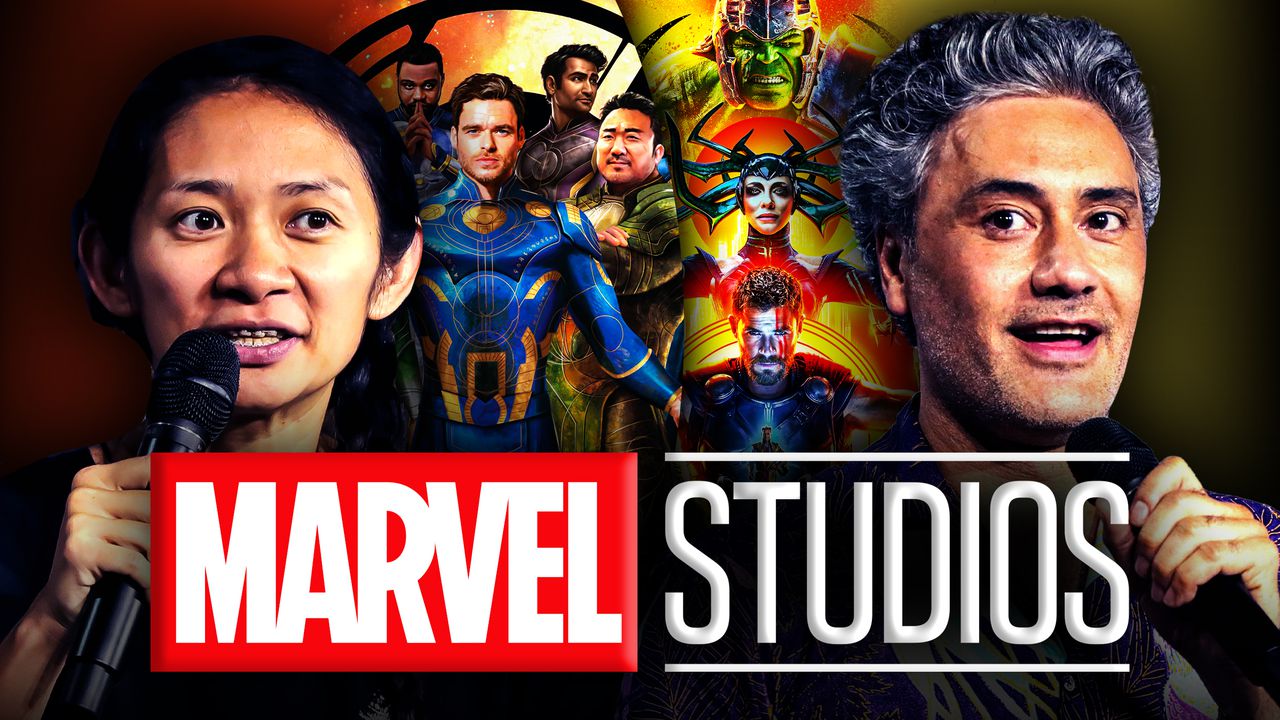 This year, for the first time in its thirteen-year history, Marvel Studios will release a film directed by an Oscar-winning director in Chloé Zhao's Eternals. The highly-anticipated blockbuster has reportedly seen great praise behind the scenes at the studio as it approaches its long-delayed November release date.

The century-spanning epic will center around a group of Earth-dwelling immortal beings as they shape the planet's civilizations and history over hundreds of years. Eternals will feature a star-studded cast of actors making their MCU debut including Angelina Jolie, Richard Madden, and Kumail Nanjiani, with Gemma Chan's Sersi taking the lead role.

Following Zhao's spectacular Oscar win, an increasing amount of attention has been drawn to her upcoming MCU debut, as it marks yet another indie filmmaker taking on a major Marvel project.

Marvel Studios president Kevin Feige recently sat down with Variety to discuss Eternals director Chloé Zhao after she took home the Best Director and Best Picture awards for Nomadland at the 2021 Oscars.

When asked how Zhao's success has changed their approach to future projects, Feige revealed that she initially planned to “put Nomadland on the shelf until after Eternals was finished.” However, the global COVID-19 shutdown allowed her to finish the award-winning flick before tackling the MCU blockbuster, allowing the director to “make history at the Academy Awards”:

“Well, I’m going to make a joke. And I’m sure you know this part: She initially was going to put “Nomadland” on the shelf until after “Eternals” was finished and released, and then come back to it. Because of our COVID shutdown, she decided to get her laptop out and, you know, finish up this little movie she was doing! And so yes, my joke is, let the filmmaker finish their passion projects when you have some downtime from your giant Marvel project, and suddenly they can make history at the Academy Awards. Knock on wood.”

The Marvel boss explained that the MCU uses so many indie filmmakers because they offer “unique points of view” that can “take you to places you’ve never gone before”:

“The real answer is, frankly, continuing what we’ve learned with all of the different types of filmmakers that we have used. When you get people with unique points of views, regardless of the size of film they’ve done in the past, and empower them and surround them with the great artists and technicians that can bring spectacle, that can bring the visuals that a Marvel movie requires, they can take you to places you’ve never gone before.”

Feige went on to praise all the filmmakers they have worked with, putting particularly emphasis on those “who have done smaller, more personal things” in the past, prior to joining the MCU. The Marvel CCO put particular emphasis on Zhao, praising the “unique” way she “looks at the world,” which becomes more important than ever as the interconnected universe approaches its 13-year anniversary:

“And I think you’ve seen that with all of the filmmakers that we’ve worked with, and particularly the filmmakers who have done smaller, more personal things before agreeing to come on board the MCU. And Chloé is probably the best example of that. Not just because of the work that she’s done, but just her entire story, her backstory. And how she looks at the world is very unique, and that’s what you want in your storytellers and your filmmakers as we’re approaching our 30th MCU movie, and we just wrapped our seventh or eighth Disney Plus series.”


'Eternals' was not included n an upcoming MCU movie list for the CCTV6 China Movie Channel, seemingly hinting that the film will not release in the Asian country.
Harish Patel confirmed that his character in 'Eternals' will only have a limited role.
A sequel to ‘Eternals’ was rumored to be in development.

THE IMPORTANCE OF INDIE DIRECTORS IN HOLLYWOOD

Ever since the beginning, Marvel has often chosen to take gambles on smaller indie filmmakers, with these often paying off in some of the studio's biggest success stories. For example, the billion-dollar grossing Captain Marvel was co-directed by two Indie filmmakers Anna Boden and Ryan Fleck. The gross of the superhero debut alone is higher than the total result of all the two directors' previous projects combined, proving the power of the Marvel Studios name, characters, and budget.

It's easy to forget that Marvel's global popularity has often been what's turned its actors and filmmakers into household names. While directors like Joss Whedon and the Russo Brothers are now some of the biggest names in Hollywood, neither had many major projects before their Marvel era.

While Feige describes the raw creativity of these directors as the primary reason for their hiring, the financial side is likely also a major factor. Naturally, a smaller director like Zhao would require a much lower paycheck to recruit than an industry legend like Michael Bay or Steven Spielberg.