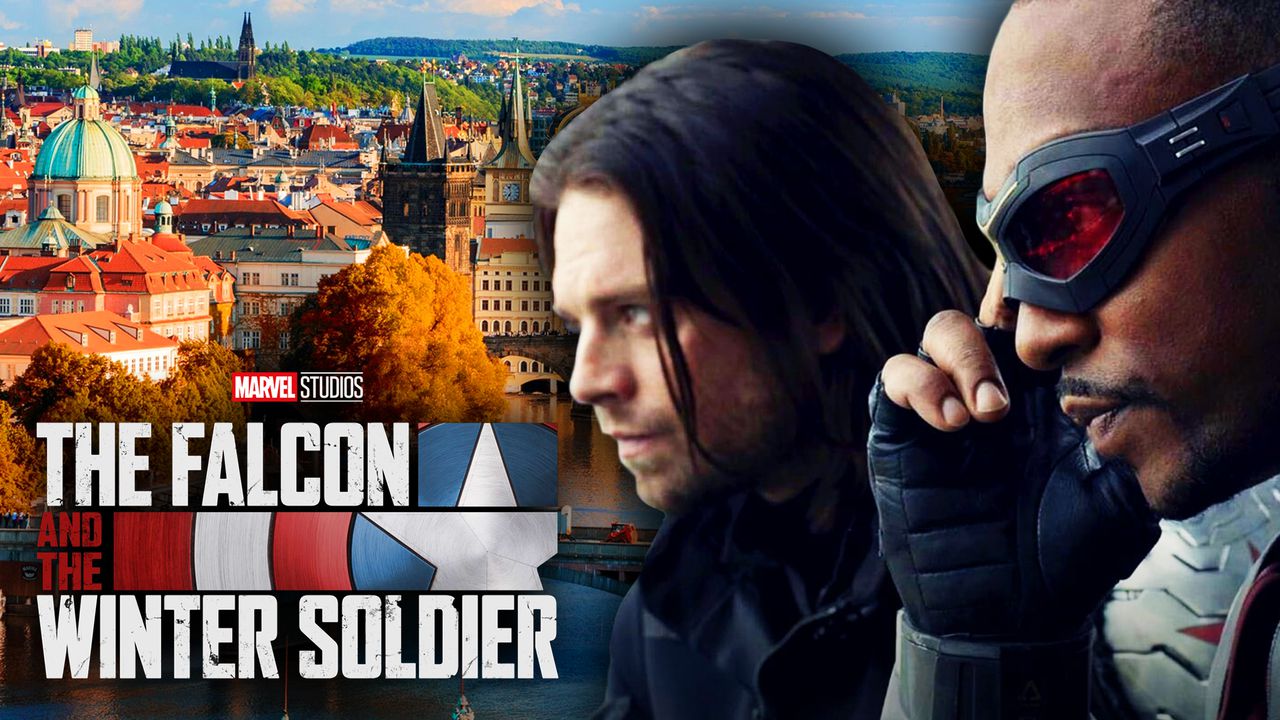 Warning: This article contains potential spoilers for The Falcon and the Winter Soldier.

The Falcon and the Winter Soldier suffered an initial setback last March when production was shut down due to the ongoing health crisis. From that point on, while waiting for filming to resume, interesting tidbits from the Disney+ series have surfaced, teasing an adventure like no other for both Sam Wilson and Bucky Barnes.

Originally, The Falcon and the Winter Soldier was supposed to premiere last August, but the premiere of the much-anticipated Disney+ series has since been delayed to next year. Still, production for the show resumed in Atlanta last month, providing fans with a closer look at the MCU's newest adventure.

Additionally, filming has already shifted to Prague, potentially hinting that the final stages of production are well underway. And now, new photos from the set of the Disney+ series have emerged.

Fandíme Filmu, a Czech Republic website, unveiled brand new set photos from the set of The Falcon and the Winter Soldier.

The set photos don't reveal intriguing plot points, but they do showcase a location where the protagonists will be potentially featured.

Fans can view the full gallery of set photos here.

However, the outlet did share notable tidbits about the show by revealing that there will be "a location resembling a street or perhaps a marketplace in an Arab locality has grown up in seclusion:"

"Shooting in Prague started few days ago. Filmmakers are using some of the same locations they were using before the start of the pandemic and they are adding some more. We were able to learn that Prague will be representing an unknown Middle Eastern location. One Prague location has been dressed as an arabic street or some kind of market."

Another significant reveal was unearthed by the outlet: Latvia will be showcased in some form since they were able to spot a "Latvian car back in March" while a Czech street is "dressed as a Latvian street:"

"Another location in Prague will be representing Latvia. We were able to spot Latvian car back in march, now we were able to get pictures of a czech street dressed as a latvian street."

In a separate post on Facebook, the outlet also shared a video that was captured from the set of the Disney+ series.

Another tweet also surfaced which confirmed the presence of Anthony Mackie on the newly-built set in Prague.


VFX supervisor Erik Leven said that his team explored options that never made it to screen like having Sam Wilson's Captain America wings "actually catch the shield and it [coming] back.”
A new batch of concept art for 'The Falcon and the Winter Soldier' was officially revealed.
Malcolm Spellman said that the writers of 'The Falcon and the Winter Soldier' discussed incorporating Sam Wilson's comic ability to communicate with birds, but there wasn't "a way to do that right" in the series.

While the set photos don't offer many hints, they still provide fascinating looks on the behind-the-scenes progress of The Falcon and the Winter Soldier, teasing that the Disney+ show is in the midst of a smooth transition to the finish line.

The reveal that a certain location will not be incorporated as such in the show isn't surprising since many films have utilized that strategy in most cases. However, the tidbit about the "marketplace in an Arab locality that has grown up in seclusion" could potentially allude to parts of Madripoor, a location that was already established from previous set photos.

The presence of Latvia aligns with the earlier reveal from the show's synopsis that Sam and Bucky will go on a "global adventure." In a way, this presents an opportunity for both characters to develop their friendship even more, ultimately leading to the "lethal weapon" dynamic that Sebastian Stan previously teased.

All in all, The Falcon and the Winter Soldier is shaping up to be one of the most exciting MCU projects, and fans will definitely be excited to learn how everything will play out.