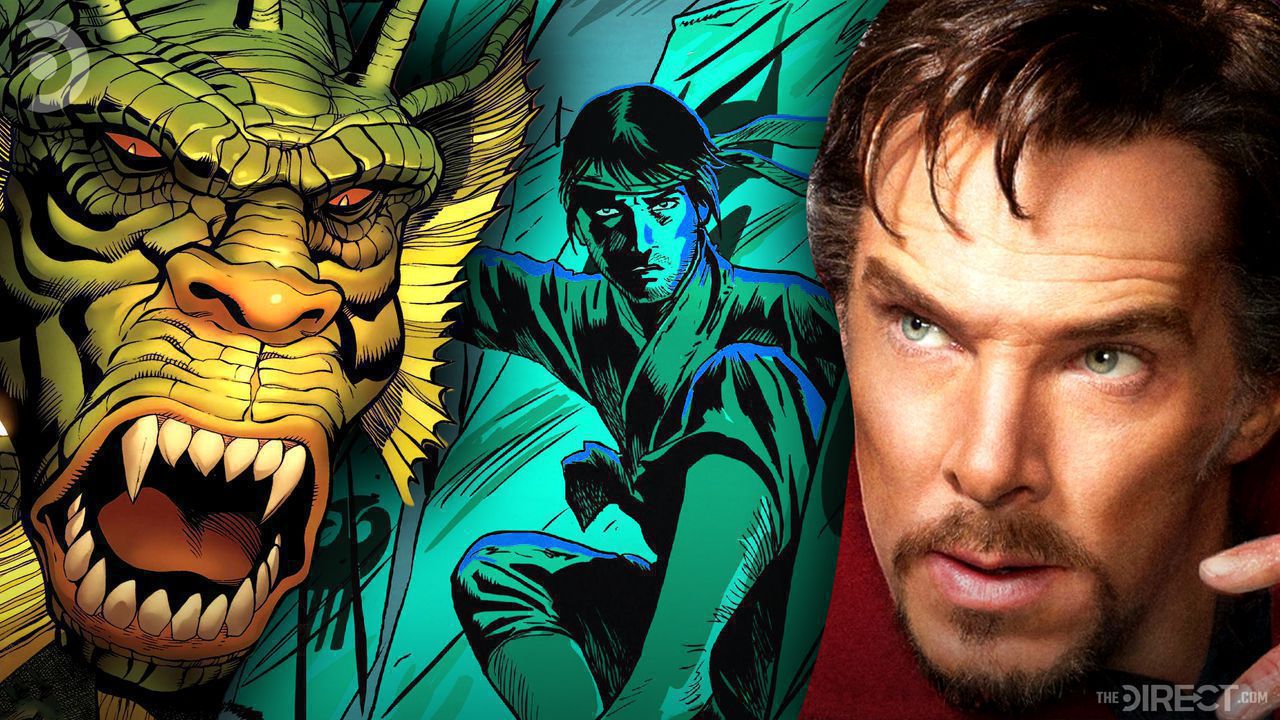 Spoiler Warning: This article contains minor spoilers about the plot of Shang-Chi and the Legend of the Ten Rings

From reality destroyers like Dormammu to puppet masters like Thanos, the MCU knows how to build its most menacing antagonists. Some villains like the Mad Titan are teased numerous times before emerging from the shadows, while others like the Cosmic Conqueror are given brief cameos in flicks that spend hours attempting to suppress their strength.

Shang-Chi may be relatively new to the MCU, but it looks like he could be bringing some Avengers-level threats.

In an exclusive from MCU Cosmic, Jeremy Conrad reports Shang-Chi and the Legend of the Ten Rings will include the mythical dragon Fin Fang Foom, and will use concepts introduced in Doctor Strange to keep him asleep.

According to MCU Cosmic, Doctor Strange's idea of the three Sanctums keeping Earth safe from mystical threats will be mirrored as a "magical trinity" will be tasked with keeping the dragon dormant.

Also in the report includes potential details on Shang-Chi's relationship with main antagonist, the Mandarin. MCU Cosmic reports that the two will actually begin as friends, with the Mandarin playing a "mentor role" to Shang-Chi. Further plot leaks hint that the titular character actually would start as an employee of his future enemy.

Eagle-eyed MCU fans will recognize the dragon's first hint of existence in a blink-and-you'll-miss-it moment way back in Marvel Studios's debut flick, Iron Man. In a brief flyby, Fin Fang Foom concept art can be seen in the form of a movie poster on the California streets.

The idea that a "magical trinity" of wizards will work together to keep the dragon at bay would line up with why fans have yet to see the dragon pop-up in the MCU. Now that Feige intends to introduce the dragon's existence, and knowing the unwritten cinematic rule of Chekhov's Gun, it is only appropriate that once his existence is acknowledged, Foom is destined to wake.

While there are a plethora of ways Foom could avoid hitting snooze on his alarm clock, one possibility speculated by Conrad goes back to a Doctor Strange character: Mordo.

Fans will remember Mordo's new mantra of "too many sorcerers" from Doctor Strange's mid-credits scene. If he carries through on that magical murder mission, he could slay the very wizards tasked with singing Foom's lullabies.

While a popular antagonist on the page, Foom has been used sparingly in media. Aside from a final boss appearance in Marvel Ultimate Alliance and the aforementioned Iron Man Easter egg, Fin Fang Foom is relatively new to Marvel screens. For those unfamiliar, the extraterrestrial dragon possesses superhuman strength, durability, and intellect, and has gone toe-to-toe with heroes like Thor and the Fantastic Four in the comics.

It remains to be seen just exactly how Fin Fang Foom will factor in to Shang-Chi, but his looming threat is likely enough to keep on Master of Kung-Fu walking on eggshells.

As for Shang-Chi and the Mandarin's evolving relationship, it makes sense for the two to start out on friendly terms. After all, this is Marvel Studios we're talking about. From Loki and Thor, Obidiah Stane and Tony Stark, to Mordo and Strange, Marvel loves to begin eventual rivalries as friendships.

Shang-Chi and the Legend of the Ten Rings is set to hit theatres on May 7, 2021.

Shang-Chi , Shang-Chi and the Legend of the Ten Rings , Doctor Strange