The name Kevin Feige brings with it a reputation of the highest degree. He is the man responsible for raising the MCU to be what it is today and someone who could easily be argued as one of the best producers to ever grace the industry. As successful as Marvel Studios is, though, it couldn't have reached that height with only one person making the decisions.

Back in the earlier days of Marvel Studios, they had something called a Creative Committee. Reportedly consisting of only four people, this group was responsible for making key decisions as well as for deciding what direction to steer the MCU in. The problem, however, was that these four people were not all from the same world (Marvel Studios). From experienced comic creators to the president of Marvel Entertainment, the group wasn't always on the same page as to where to take the ever-evolving MCU.

Reportedly, there was plenty of turmoil and disagreements within this Creative Committee, eventually leading to their disbandment—with Doctor Strange being the last film to receive their combined feedback. Since then, all creative decisions have been in the hands of Marvel Studios and Marvel Studios only. 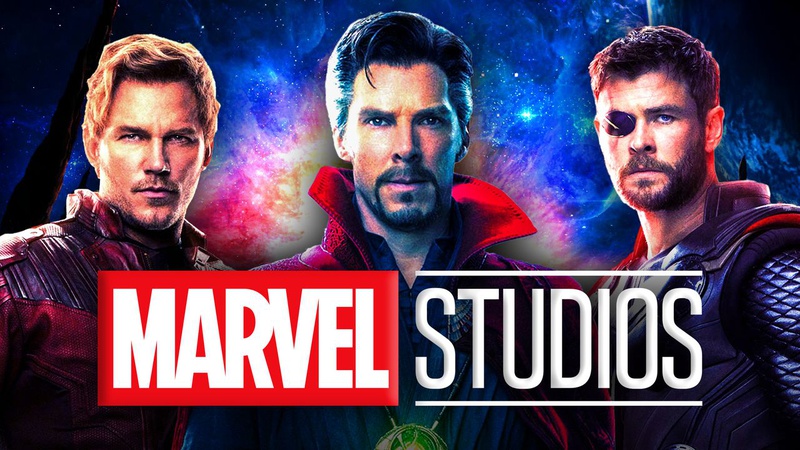 In an interview with Collider , Derek Kolstad—who wrote episodes 3 and 4 of Falcon and the Winter Soldier —talked about his love for working with Marvel. Not only did he elaborate on his positive experiences, but also made clear that the key to all of that was Kevin Feige himself. Kolstad mentioned how Feige always "remembers your name:"

"You bump into him in the hallway [and] he remembers your name. And when you turn in a script, within 45 minutes, in my experience, he got back to us."

While the quick communication was great, Feige's notes were terrifying at first. Kolstad also noted that he received "15 pages of single-spaced notes" for "Episode 3" of The Falcon and the Winter Soldier :

"Now, I will say that after I turned in Episode 3, he read it and emailed me [some] quick praise, [he was] happy, happy, and then I got 15 pages of single-spaced notes. And I was like, 'Oh fuck, I'm fired.' And then you start reading the notes and they were both macro, micro, and minutiae. And it made it better, man. And suddenly, you started delving in with someone who's like, 'Look, I totally get the point of the spear, but let's find that stone and hone it down and make it sharper.'

Shifting the conversation away from Feige, Kolstad talked about how great the environment was in which all the writing occurred, giving lots of praise to showrunner Malcolm Spellman:

"And I learned a lot, and to Malcolm's biggest credit, it was a room where you looked forward to being there, and [where] the best idea wins. Even if it created work, you wanted to hear that idea, because come the end of it, you wanted the series to be as good as you could make it."

While many positive exclamations were thrown around for Kevin Feige and Malcolm Spell, Kolstad then revealed details on Marvel's brand new Creative Committee. This new committee, named The Parliament, consists of " 12 to 15" high-level Marvel Studios executives who offer their thoughts on everything that goes through the MCU pipeline:

"It's probably 12 to 15 people, and all of their notes are compiled...And by the way, the cool thing about their notes, to the assistant's credit, there was nothing in those notes that was repetitive or conflictive. And if it was conflictive, it would be like, 'Okay, these are conflicting notes.' And you're like, 'Oh, thank god.' I think they referred to the heads of Marvel as The Parliament. There's 15 of them or whatever [who] meet at the beginning of the day and the end of the day, so it was their notes. But for the most part, man, you loved finally getting a draft in. They're like, 'Hey, great job, it's going to go to production, a lot of it is going to change,' and you're like, 'Yup, good luck, man!"

Collaboration seems to be one of Marvel Studios' strongest aspects, despite what outside cynics might lead fans to believe. Not only that, but Kolstad painted a picture that shows how fun working with the studio can be, saying that "everyone in that room is already a fan:"

"Everyone in that room is already a fan, and in certain capacities, even if you're younger and you don't know the comic books, the video games, a cartoon or anything else, [for a] number of people I talk to now, the MCU was their Star Wars . And so in that room, you can bandy about, 'Wouldn't it be cool if...' And there's a small possibility it happens. And in The Falcon and the Winter Solider , it happens a couple of times. And I love that."

The general idea of a large group of people making key decisions together isn't immediately one that invites happy thoughts. In fact, the first thought that comes to mind is that there would be too many cooks in the kitchen, per se, leading to a wildly varying degree of success from projects. That certainly doesn't seem to be the case here.

While the original Creative Committee led to many disagreements and inner turmoil, this newer rendition named The Parliament seems to be doing everything right—so much so that they went on to be responsible for two of the biggest movies of all time . Fans can't blame Feige for wanting some extra hands to help deal with the insane workload that man must have to deal with on an hourly basis.

Knowing how the old Creative Committee turned out, it's hard not to be immediately skeptical of a new one being formed—even despite its clear differences to that of its past attempt. However, The Parliament clearly has plenty under their belt to prove that they can run things successfully, even if there may be a bump or two along the way.