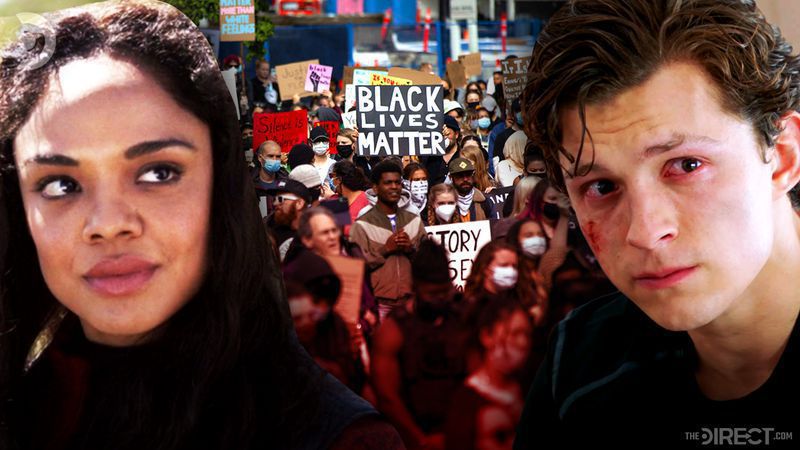 The world is currently reeling through an enormously difficult time for social issues in the aftermath of the tragic killing of George Floyd in Minneapolis, Minnesota. Combined with the recent deaths of Breonna Taylor and Ahmaud Aubrey, people from every nation on Earth are coming together as a community to try to start improving things for people no matter their race, nationality, gender, or social status.

Celebrities from every corner of Hollywood are using their reach to help with both the recovery process and solutions for humanity, posting on social media to spread their messages. Coming together to support the Black Lives Matter movement, here are 21 posts from many of Marvel Studios' biggest names sending their support to hurting souls around the world.

Observations on Ft. Greene Park, Brooklyn, the night of May 29, 2020, in hopes that it's useful to the movement and in the name of George Floyd... pic.twitter.com/VNxBij2M35

This has to stop. There was no reason to push. https://t.co/wZH3VtvqDU

Tomorrow, June 2nd, I will join #BlackoutTuesday – suspending all social media in solidarity with the black community and those fighting against social injustice in our country. I will listen and support the voices… https://t.co/E1ZRQjIGKT

The police seem to be enjoying this. You're inciting the chaos, dudes! #BlackLivesMatter

Simu Liu - Actor, Shang-Chi, Shang-Chi and the Legend of the Ten Rings:

Focusing on love - love for Ahmaud & George, for their families and communities that are in pain. Human life is so indescribably precious, and should never be so carelessly extinguished.

You don't have to be black to feel this pain. That's what allyship is. #BlackLivesMatter

“Protest to demand attention to the wrenching pain of systemic injustice. Vote because we deserve leaders who see us,...and who are willing to act on our demands.” Thank you for your extraordinary leadership @StaceyAbrams. I’m all in. #RIPGeorgeFloyd. https://t.co/xqUKexSIAS

The Direct's writers and staff support these statements from the Marvel Studios family and wishes nothing but the best for the entire African American community and anybody suffering through these difficult times. We hope everybody can stay as safe as possible, keep the protests peaceful, and keep your families and friends close and safe.